Columnists are a useless breed 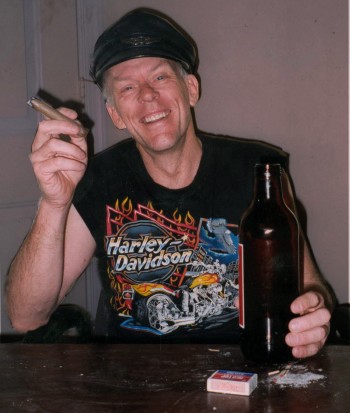 Columnists are the rodent class of journalism. They tell their readers things they already believe. They are expected to take an ideological position and never stray from this. They end up spewing unoriginal, predictable and only mildly controversial ideas, writes Fred Reed.


In Washington, where the rice paddies of self-importance are nourished with the night soil of mendacity, columnists are viewed with the seriousness properly reserved for lung cancer. This is ridiculous. Columnists, the rodent class of journalism, have the dignity of carney barkers and merit the social standing of bellhops. It’s a living. For most of us, barely.

A columnist’s job is to tell readers things that they already believe. His function is purely confirmatory. What he confirms may be nonsense, and often is, but this is irrelevant. There is after all everywhere a boom market in nonsense.

Liberals read liberal columnists to be told liberal things, conservatives, conservative, feminists, feminist. All want to be assured that their vacuous and pernicious delusions are the bedrock of cosmic truth. Readers of columns do not want to learn anything. Most want to be protected from it.

Consistency is a columnist’s indispensable stock in trade. He must never tell his readers anything that they do not hold to be sacred lore. Thus an aspiring columnist is wise to choose an ideological position–it doesn’t matter which–and never, ever stray from it. Whether he believes it is not important.

I once read of a columnist, perhaps in the Thirties, a savage conservative who eventually drew the ire of a leftish columnist on another paper, who began a campaign to have the conservative fired. The dispute became ugly with unpleasant accusations being traded. Lawsuits were threatened. Public interest became intense. Then it transpired that the two were the same man. Charged with the lack of journalistic integrity, he responded that readers wanted to see their prejudices ventilated in lively prose. He was, he said, doing it for both sides. Stores sold more than one product. Why shouldn’t he?

In columnists, editors of newspapers value predictability, not thought. They want the writer to say the sorts of things he is expected to say. They do not want waves. They do not want to be surprised, to learn in alarm that “Smith said what? About who? Oh, Jesus. Oh, Jesus….” and have to put out fires and explain that Smith really meant something different from what he did say and obviously meant. They want columnists they won’t have to think about to fill accepted slots: George Will, for example, conservatism’s milkmaid, to say mild and vaguely right-leaning things to give the paper the claim of even-handedness without having a trace of it. Pat Buchanan, a hard-nosed paleoconservative but understands the rules and limits. Ellen Goodman, the female liberal. Walter Williams, the black conservative who can say things that the editors think but dare not say.

Consistency is vital because readers are easily confused.  For example, a conservative columnist is expected to say that we must spend obscene amounts on thermonuclear weapons to fend off nonexistent threatening nations seeking to destroy our freedoms and children and pollute our precious bodily fluids. His readers will say, “Ah! Just so. Smith understands reality, unlike those sissy liberals.”   If Smith then says that we must save the redwoods, the readers go into column-shock, fall prey to an unpleasant uncertainty, a sensation that something is fundamentally wrong with the world. “Huh? Red…No, this is all wrong. He is supposed to say….”

This reader will then stop reading Smith. Here is another rule of the column racket: One lapse from the expected can undo years of slavish conformity. An arch-liberal of the most impeccable unoriginality can for years write unobjectionable boilerplate, but let her lapse once into opposition to abortion and she is done. To err is human, to forgive isn’t.

Columnists are often said to be opinion leaders, but in secret moments of honesty, we know we aren’t. No. We are shameless panders. Like manufacturers of dog food, we produce an expected product, of only sufficient quality that the dog does not actually die. Almost never do we change anyone’s mind.

We get letters attesting our unrivaled brilliance, felicity of language, razor-like logic, and superb grasp of the material, but the writers mean only that we agree with them. We get letters saying that we have no grasp, miss the essence of the matter, and should stop spreading our childish and malign error, by which they mean that they do not agree with us. What we almost never get is a letter, “I hadn’t thought of that. I see that you are right. Thank you for….”

A column is a charlatan’s game involving bait-and-switch, sleight-of-hand, and shoddy goods covered in shiny lacquer. The columnist works with only a few used ideas because mankind has only a few. He arouses always the same emotions for the same reason: greed, hostility, schadenfreude, self-righteousness, derision. He must package these gewgaws, often in complete dereliction of reason, under voracious deadlines, and make them seem sufficiently new and cogent that the editors won’t notice their tired antiquity.

While we have no effect on the public, the public has an effect on us. To write a column is to become an ashen-souled cynic despairing of the human species, and indeed despising it. The columnist may take to drink, and brood on the corrective virtues of thermonuclear war. (“Are there deadlines after a thermonuclear war?” he wonders.) The cause of this melancholy is his mail or, today, comments on the internet. Contemplation of these might lead to suicide, except that hell might be filled with internet commenters. He clings to life.

Commenters are the grave worms of the intellect.  Many will not have understood what he wrote. Some seem not to have read it. He thinks that perhaps he did not express himself well, and checks. No, he was clear as gin. He is being taken to task, perhaps vilely, for something he didn’t say perhaps opposite to it. “Oh god, oh god,” he thinks. “Illiterates who can read, sort of. I need a drink.”

Next come the gas-station louts who, to judge by commenters, make up most of the humanity. They are hostile, angry, churlish, don’t like anything, and usually have the intelligence one associates with microcephalic lemurs. It is nothing that could not be cured with a baseball bat, but there is usually a dearth of opportunity.

There is a reason why journalists worthy of the name–before the arrival of pantied Princetonians worried about confusingly denominated bathrooms–were ashen-souled, chain-smoking drunken cynics with the optimism of a man on death row. Exposure to the human race will do that. And does. And has.