Sanral slapped down by Concourt over Western Cape toll roads 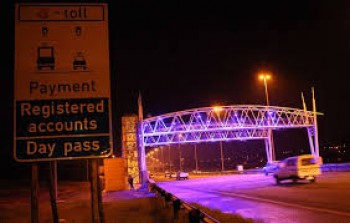 SA National Roads Agency's (SANRAL) has failed in its appeal against a High Court decision issued last year blocking it from launching road tolling on the Cape Winelands route. It seems SANRAL's legal troubles are getting worse, and as the Organisation Undoing Tax Abuse has laid charges of perjury against former CEO, Nazir Alli.


Organisation Undoing Tax Abuse (Outa) says it is pleased with the constitutional court ruling to deny SANRAL leave to appeal the ruling against them on the Western Cape Winelands Toll Road saga.

Following the harsh judgments against SANRAL in both the Western Cape High Court and the Supreme Court, SANRAL’s decision to appeal the outcomes of the two previous judgments were surprising, says Outa. "But at the same time, we were also not surprised, as SANRAL’s litigious behaviour and the continuous waste of taxpayers’ money on court cases has been a common theme of this State Owned Entity over the past decade or so," it said in a statement.

The case was brought by the City of Cape Town, which last year won its case in the Western Cape High Court to prevent SANRAL launching tolls in the Western Cape on the grounds that the roads agency did not follow proper procedures. "We have always been convinced that SANRAL’s conduct on the (Cape) Winelands tolling decision, as it was in the Gauteng e-Toll matter, was unlawful, irrational and excessively expensive,” says Wayne Duvenage, Outa's chairperson.

He added that the tolling of urban road infrastructure is fundamentally wrong, as these are roads the public use for daily commuting and for which they pay taxes. OUTA maintains that it is high time Government

Outa is currently challenging SANRAL on a number of other fronts, such as their excessive road construction costs for the Gauteng Freeway upgrade, their financial irregularities and tolling concessionaire contracts. In addition, Outa has laid a charge of perjury against Mr. Nazir Alli, the SANRAL CEO at the time - as a result of his misleading input in court on governance matters relating to the Western Cape tolling decision.