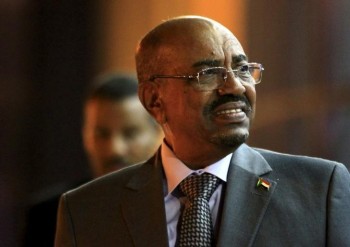 South Africa's refusal to arrest Sudanese president Omar al-Bashir (left) while on a visit to the country in 2015 prompted a move by government to resign from the International Criminal Court (ICC), which had an arrest warrant out for al-Bashir. The Pretoria High Court has now declared this withdrawal from the ICC to be invalid, and has ordered deput judge president Phineas Mojapelo to rescind the notice of withdrawal, according to Business Day.

The High Court in Pretoria has found that government's decision to withdraw from the International Criminal Court (ICC) is unconstitutional and invalid.

"The notice of withdrawl from the Rome Statute of the International Criminal Court, signed by the first respondent, the Minister of International Relations and Co-operation, on October 19 2016, without prior parliamentary approval is unconstitutional and invalid," Deputy Judge President Phineas Mojapelo said.

"A Cabinet decision to deliver a notice of withdrawal to the United Nations secretary-general without prior parliamentary approval is unconstitutional and invalid."

He also ordered that they pay the costs of the matter and two council for the DA, which brought the court application.

Shortly before the court delivered its judgment, Parliament’s portfolio committee on justice and correctional services invited members of the public and stakeholders to make written submissions on the implementation of the Rome Statute of the International Criminal Court Act Repeal Bill.

Submissions had to be sent by March 8, the committee said in a statement.

SA’s decision to withdraw from the Rome Statute was met with an outcry and was immediately and urgently challenged in court by the DA, supported by a number of legal nongovernmental organisations.

SA fell foul of the ICC in 2015 when it refused to detain Sudanese President Omar al-Bashir, who is wanted by the ICC for war crimes. SA was obliged as a signatory to the Rome Statute to arrest him when he was in SA for an AU summit.

Late last year the process of withdrawing from the ICC was begun. In January this year Parliament's justice committee began considering legislation to effect the withdrawal.