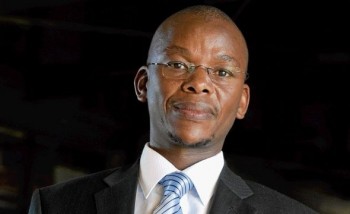 When the rand dipped past R17 to the US dollar in January 2016, it looked suspiciously like a coordinated attack. Now it has emerged that 18 banks were involved in manipulating the rand, and the Competition Commission says it is taking no prisoners. But will anyone go to jail or will white collar criminals get another free pass, as they always do? Linda Ensor checks out what are the likely outcomes.

The Competition Commission will be going for maximum penalties against the banks involved in colluding in currency trades to manipulate the value of the rand/dollar exchange rate, says commissioner Tembinkosi Bonakele (pictured above).

Heavy penalties would serve both as a deterrent against such conduct he said as well as forcefully demonstrating that if entities did not come forward early to co-operate with the commission, they would have to bear the consequences.

The commission investigated 18 banks and has referred its case to the Commission Tribunal. Absa, Barclays Capital and Barclays plc were granted leniency for their co-operation in the investigation.

In a briefing to Parliament’s economic development committee on the commission’s investigation Bonakele admitted the R69.5m fine imposed on Citibank in a settlement was "low". The fine amounts to 4% of their turnover in SA.

The bank has agreed to testify for the commission in the tribunal hearings.

While the low settlement with Citibank was tactically necessary, Bonakele said it was important for the commission to get witnesses so that it could proceed with its prosecution against the other banks.

No other settlements were under discussion presently, Bonakele said.

He gave the assurance that the other South African banks investigated — Standard Bank and Investec — had received the same treatment in terms of the commission’s leniency policy which was common knowledge.

All entities were on an equal footing in this regard although there was a timing issue as the first entity to come forward was the one to benefit from the policy.

"The rand was really where there was a lot of evidence of criminal activities," the commissioner said. This had been observed not only by the commission but by authorities abroad as well.

It was not an exaggeration to say that the largest assault of such collusive practices was on the rand. The criminal proceedings underway in the US were focused on the dollar/rand trades and this was where the case was strongest.

Bonakele insisted that the aim of the traders was to affect the value of the rand though it was open to debate whether their activities had had a long term impact on the value of the currency as the transactions were undertaken on a daily basis.

He urged the need for greater monitoring of the trading activities of banks which was a high risk area. The commission was discussing the question with Treasury.

There were also other areas of banking supervision which could be strengthened and the commission was working on this.

Bonakele noted that there were also aspects of bank mergers which could be improved. For example, the commission was concerned that the four major banks took a share of African Bank as part of the rescue efforts to salvage the bank. This meant that African Bank would have to compete against its shareholders.

The Competition Commission wanted a condition to be attached to the arrangement that the banks be required to exit their shareholding after a time but jurisdiction for the merger was under the minister of finance.

Bonakele said the commission had participated in the initiative to improve the regulation of the banking sector under the Financial Sector Regulation Bill.

"There have been gaps identified and these are being attended to," he said.