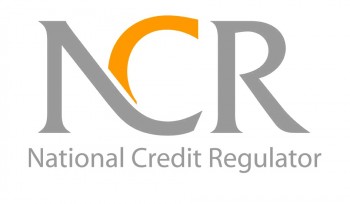 The National Credit Regulator (NCR) is seeking a high court order to stop banks from unilaterally taking money from customers’ savings accounts to settle outstanding balances on their credit agreements — a practice which the regulator says is widespread, according to Business Day.

The application has been brought against Standard Bank, but the regulator has welcomed complaints from consumers pertaining to other banks.

Standard Bank would oppose the application, a spokesperson said.

"The position of the NCR is that a bank must obtain a consumer’s authorisation to transfer funds from the consumer’s savings account to settle the debt owed to the bank under a credit agreement," said Nthupang Magolego, senior legal adviser at the NCR.

Failing to obtain consent could place the consumer in financial difficulty with little money to pay other creditors, Magolego said.

The regulator is seeking an order declaring that provisions of the National Credit Act supersede common law "set-off", whereby a consumer’s debt is satisfied by setting it off against credit held by that consumer with the bank, such as in a savings account.

Anton Viljoen, executive director at the National Payment Distribution Agency, welcomed the NCR’s application. "Consumers consent to setting off when they enter into credit agreements with a bank, which can later be to their disadvantage, even though it serves to reduce the bank’s risk," he said.

"The need for authorisation is there to alleviate any ‘self-help’ methods of debt collection by credit providers, which may ultimately affect consumers’ rights afforded by the NCA [National Credit Act], such as the right to go under debt review," said Jacqueline Peters, manager of investigations and enforcement at the NCR.

By using a savings account to settle an outstanding debt without the explicit consent of a customer, banks avoid having to possibly restructure the debt or go to court to recover the money. In court, the customer would at least be offered some protection in terms of debt recovery laws.

For instance, in order to secure a salary attachment order to recover on a personal loan, a magistrate must be satisfied that the consumer will still be able to live after the order has been granted. Where a customer is under debt review, the bank, by exercising the principles of set-off, might leave the customer with no money to pay their other creditors, which could lead to the termination of the debt review agreement.

"Our interpretation is that the common law rule of set-off can be applied because section 124 of the National Credit Act does not replace or amend this rule," Standard Bank said.

The bank would "in due course consider the extent of the potential impact" of the NCR’s application, Crous said.

Nedbank and Absa had not commented last night.