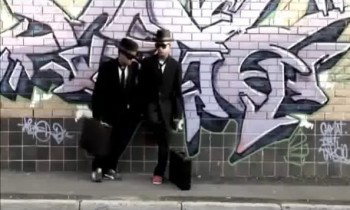 In 2011 Sylvia Vollenhoven put together an explosive documentary explaining how R30 billion was allegedly stolen from government in the final years of apartheid. The SABC refused to air the documentary, claiming it did not meet broadcasting standards. Others say it was just too explosive for current and former members of the government, since it details an elegant transition from white to black rule, with everyone getting handsomely rewarded. Forget all the blather about revolution and transformation. This is a race to get as rich as you can as fast as you can. As the documentary explains, some of this money went to Broederbonders, but many within the ANC ruling party got their palms greased. And there's allegations of a former apartheid-era minister rushing off to the US with suitcases of looted money. One Reserve Bank shareholder asked to see evidence that the Reserve Bank actually has the gold it says he does, but was denied access. Then there is the R1,1 billion "lifeline" from the Reserve Bank to Bankorp (now part of Barclays Absa), of which only the capital had to be repaid. And as Judge Willem Heath points out, this loan was guaranteed with government bonds. If that seems weird to you, imagine your mortgage bank lending you money to buy your house and using it's head office as the collateral. It doesn't get much weirder than this. The documentary has been made available on Youtube (and removed several times), so here it is:


There's more on this story here:

ABSA, SABC and the documentary that never aired