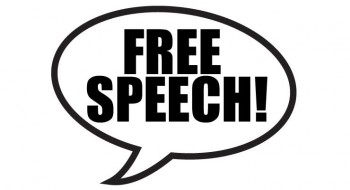 In terms of the new hate crimes bill, calling lawyers "blood-sucking parasites" could land you in jail for three years. This new bill will make South Africa unique in the world by creating 17 different categories of potential victims of insulting language, over and above race, ethnicity, religion and gender. These new categories include culture, belief, occupation and gender identity. Should this bill become law, South Africa will become a frigid, humourless place where every work spoken or written will have to be carefully measured and filtered.


Saying, “All politicians are thieving liars” or “All lawyers are blood-sucking parasites”, may land you in jail for up to three years if the proposed Prevention and Combating of Hate Crimes and Hate Speech Bill is passed into law. In its current form, the Department of Justice’s (DOJ) ‘Hate Speech Bill’ will have a profound effect on our constitutional democracy, violates the principle of double jeopardy, introduces 17 grounds for offence – 13 more than the current four of race, ethnicity, religion and gender - and makes normal insult and ridicule into a crime. If enacted, South Africa will become one of the few countries in the world where freedom of expression is regulated to this draconian extent especially as, contrary to international practice, the Bill provides for no exemptions or defences.

Hate speech is speech which is likely to lead to violence or which causes the aggrieved party intense psychological or emotional harm. However, in a submission to the Department of Justice and Constitutional Development ahead of the 31 January deadline, the Free Market Foundation (FMF) argues that the Bill is far too wide, that much of the content is unconstitutional and, inevitably, will lead to successful constitutional challenge. Although, the proposed Hate Speech Bill regulates hate crimes as well as hate speech, the FMF submission is mostly concerned with the regulation of hate speech.

The FMF highlights four critical areas which it recommends should be scrapped or amended, points out that existing legislation does the same job, and that new legislation is not required or desired. The Bill will allow up to a three year prison sentence and 10 years for a second offence for petty disputes and minor insults.

The Equality Act prohibits hate speech, and the Films and Publications Act empowers the Films and Publications Board to refuse classification to publications which contain hate speech. The doctrine of crimen injuria has been used to prosecute cases of hate speech, most notably the recent case of Penny Sparrow, and is superior to the proposed Bill because, unlike the Bill, it requires someone’s dignity to have been violated - and - that the reasonable person, in the same circumstances, would also have felt degraded. Under the new Bill, petty disputes and jokes may lead to a prison sentence.

The Constitution guarantees freedom of expression but does not protect speech that advocates hatred based on the four specified grounds of race, ethnicity, gender or religion, and which constitutes incitement to cause harm.

The DOJ intends to regulate these expressions in line with the International Convention on the Elimination of All Forms of Discrimination. It also claims that the Bill was inspired by anti-hate speech laws in Kenya, Australia and Canada. However, the South African Bill contains much harsher provisions. It also falls foul of international free speech obligations and goes far wider than any international anti-hate speech instrument, including the above Convention.

Firstly, the Bill allows for the further conviction on a charge of hate crime even if the accused person has already been acquitted of the underlying offence with which the hate crime was connected. For example, an acquittal on a charge of assault would constitute no defence to a subsequent charge for the hate crime that is alleged to have given rise to the assault. This is illogical and will lead to injustice.

Secondly, the Bill violates the principle of double jeopardy found in the Constitution. While the Bill creates two separate crimes, hate crime and hate speech, these overlap to such a significant extent that a charge for hate speech must, by the wording in the Bill, be accompanied by another charge of hate crime and vice versa.

Thirdly, the Bill’s grounds for hate speech are far too wide. The proposed law will criminalise the act of ‘insulting’ another ‘with the intent’ to ridicule or ‘bring into contempt’. Although often unpleasant, insult and ridicule form part of normal human intercourse and are an essential ingredient of a free and democratic society. No law can, or should, interfere with this freedom.

Fourthly, the Bill’s protection of certain characteristics is dangerous as well as unconstitutional. The Constitution allows for the protection of only four specified characteristics – race, ethnicity, religion, gender – but the Bill protects seventeen characteristics, including ‘culture’, ‘belief’, ‘occupation’, and ‘gender identity.’  South Africans will be jailed for having opinions that are allowable in every other democratic society in the world.

The FMF’s submission on the Hate Speech Bill can be read here: http://www.freemarketfoundation.com/Article-View/submission-on-the-hate-speech-bill