Airports Company minorities sue to be bought out at fair value 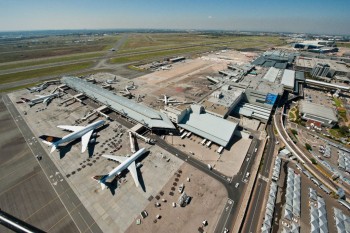 The Airports Company of SA (ACSA) went out of its way to attract private investors 20 years ago, promising privatisation and an Initial Public Offering for those who took the bait. Twenty years later, it's an entirely different story. Minorities say they are economic hostages to a company and its major shareholder (the government) that refuses to buy them out for what their shares are worth, according to Moneyweb.

It seems like a lifetime ago, but there was a time when the government seemed serious about privatising and listing the Airports Company of SA (ACSA), which manages SA’s nine airports. Private investors were encouraged to acquire shares at a pre-listing price, and many did, among them African Harvest Strategic Investments and empowerment shareholders who paid with debt.

Among the early investors was Aeroporti di Roma (ADR), which acquired 20% for about R890 million in 1998, or R8.19 a share. This valued ACSA at about R4 billion at the time. With no prospect of an IPO on the horizon, in 2005 ADR sold its shares to the Public Investment Corporation for R16.75 a share, more than doubling its initial investment.

But when minorities asked to be bought out, they were offered R12.87 a share – roughly 40% of ACSA’s net asset value (NAV), despite a 2014 valuation by Deloitte of R18 to R22 a share. In the same year ACSA did its own valuation exercise which valued the shares at just R10.36, less than half the R25.37 NAV a share disclosed in its own financial statements for 2014.

Shortly after the sale by ADR, ACSA paid a special dividend of R1.79 a share, apparently as an inducement to encourage the PIC to take up the shares.

Two of the minority shareholders – African Harvest and Upfront Investments – have asked the Gauteng High Court to compel ACSA, the government and the minister of transport to acquire their shares at fair value, rather than at 40% of net asset value. The R10.36 a share NAV relied on by ACSA was prepared by Vunani, which African Harvest says contains an error and is based on flawed assumptions.  ACSA’s audited NAV in its 2016 annual report was R34.27 per share.

Like so many other empowerment deals, this one depended on a steady dividend flow – which never materialised – to service the debt. Nearly 20 years have passed since all the talk of privatisation, and there is still no sign of an IPO, so minority shareholders with 4.2% of the company are understandably keen to offload their equity.

ACSA has a storied history of grandiose plans and broken promises. ACSA is 74.6% owned by government, 20% by the Public Investment Corporation, 1.2% owned by staff and 4.2% by five empowerment companies.

A 2012 report by EY said the five empowerment shareholders paid R172 million for their shares in 1998, almost all of it borrowed. These shareholders received dividends of R109 million until 2006, well short of the R350 million cost of borrowings. Some of the financiers indicated their desire to foreclose on the underlying ACSA shares, which would have “a negative impact on perceptions of ACSA and the empowerment deal in the market,” says the EY report. ACSA stopped paying dividends between 2007 and 2012.

The report goes on: “Due to the difficulties of being minority shareholders in a company that does not intend to do an IPO and that is not currently paying any dividends, the empowerment shareholders are unequivocal in their desire to exit this investment, even though this would most likely imply taking a substantial write-down of their exposure.”

In its 2014 annual report, ACSA claimed that it continued to deliver shareholder value through achieving profitability, and delivered on all commitments to its investors.

In an affidavit before the High Court on behalf of African Harvest, adviser Alun Frost says this statement is at odds with the position ACSA has maintained with regard to minority shareholders. ACSA’s 1998 prospectus outlined the government’s plans to divest all of its shareholding in the company, through an IPO. The prospectus referred to a change to “separate till” tariff regulation where ACSA’s non-regulated business would not cross-subsidise its regulated airport tariffs, which Frost says never materialised.

The 2015 business plan showed that ACSA has applied for airport tariff reductions in two years, with zero increases sought from 2017 to 2020, which Frost says is inconsistent with a company seeking to earn a commercial return on capital in each financial year as required by the Airports Company Act.  The latest tariff permission promulgated on December 30 2016 requires a 35.5% decrease in ACSA’s tariffs, effective April 1 2017.

Based on its expected annual return on capital of 5.8% to 8.4%, ACSA’s costs of borrowing exceed its return on capital. “In consequence, the minority shareholders are unable to unlock the value of their investments and this value is being eroded by the cost of funding,” says Frost’s affidavit.

Furthermore, he says the manner in which ACSA conducts its business is oppressive and prejudicial to minorities. The problem is further aggravated by ACSA’s decision to postpone the IPO and focus instead on economic development, which worsened its financial position.

Frost’s affidavit shines an interesting light on some of the business decisions made by ACSA over the years – for example, he asks why the board approved business plan included capex of R52.4 billion over the ten years to 2025 when its airports were operating at 63% to 68% of design capacity and forecast returns would be insufficient to fund the R52.4 billion.

“I believe ACSA is now primarily a tool for the state to stimulate socio-economic development and the state has wilfully sacrificed ACSA’s commercial objective at the expense of minorities,” says Frost’s affidavit.

He further says minorities are economic hostages who, since 2012, have attempted without success to engage with the Department of Transport and ACSA to sell their shares at a fair price.

African Harvest is asking the High Court to appoint an independent investment bank– to conduct a valuation of the ACSA shares based on the discounted cash flow method and incorporating international norms for airport companies. It is also asking for the right to make representations to the appointed valuer.