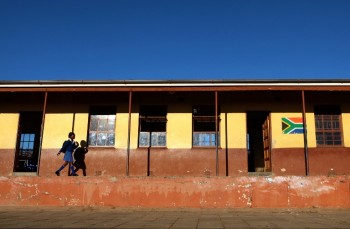 Modern schooling has been desribed as a 12 year sentence without trial. The school curricula cannot cover the vast number of learning possibilities to which young people could be exosed. In this article, Eustace Davie of the Free Market Foundation proposes an alternative system that would substantially improve the outcome from our massive investment in education and provide work for the 9 million people currently unemployed in SA.


Nine million people are unemployed in South Africa. There are many causes for this but a most important one is the devastating consequences of a poorly structured and executed schooling system. Learning environments constructed subject to the demands of government-mandated curricula cannot avoid failing many young people. Instead of beneficiaries, they become “victims”.

In order to apply the schooling laws, officials have to define “schooling” but there is no single definition that can encompass all the possibilities and yet be clear and narrow enough to be policed. A definition that provides any form of latitude would allow students and their parents to escape the strictures of the curriculum and choose educational alternatives from the wide variety of options that in the absence of the compulsory curriculum would have been available.

Economist EG West pointed out that if the true intention was to ensure that young people become literate and numerate, there would be no need for the elaborate government schooling systems. All that would be necessary would be to oblige parents to ensure that their children at various ages achieve specific levels of numeracy and literacy and have them officially tested in the same way that applies to obtaining a driving licence.

Government schooling curricula are narrow and cannot cover the vast array of potential learning possibilities to which young people could be exposed. What is fundamentally important is knowing how to read and write and have a basic ability to add, subtract, multiply and divide. Besides that, there are thousands of other possible subjects of study to choose from.

One career planning website claims to have a list of 12,000 potential careers. How does the conventional schooling system, not merely in South Africa but worldwide, prepare young people for working in an environment where the possibilities are so numerous? The simple answer is that it does not. What schooling systems do is narrow choices rather than expand them. Young people are held in bondage while they could be spending the time learning about things that really interest them and be valuable to them throughout their lives. Career guidance advisers at schools tend to suggest a range of career options that is as narrow as school curricula.

Schooling systems throughout the world are antiquated. The imparting of knowledge and skills could be done much more efficiently and satisfactorily. It could be done in a manner that will have young people working voluntarily and energetically gathering information and learning valuable skills that they can be passionate about, rather than being bound by what one economist described as the “twelve-year sentence without trial” of the imposed curriculum.

Education and training, free of the constricts of the imposed curriculum, would be provided by a proliferation of competing service providers. A vast array of skills would be offered. Some commonly known items would be electronics, plumbing, electrical, bricklaying, carpentry, painting, tiling, and gardening. There are a wide range of possibilities in respect of each potential activity.

Then there are the various aspects of music and art in all their forms. All the different varieties of farming. All the forms of sport. The huge range of skills in the field of electronics. Experts in all the various fields, including some of the more obscure skills, would be offering to teach what they know. The possibilities are almost endless and the availability of information is increasing exponentially and at rapidly reducing cost.

Consider the opportunities that would be available to the nine million currently unemployed people if they had some of the skills mentioned above. Opening up to young people the potential fields of learning related to the acquisition of valuable skills and knowledge would ensure that South Africa would not have the mass unemployment that now afflicts the country. Such dramatic changes would take time to work their way through the economy but changes could be made to the laws that would allow the transformation of the learning process to get underway.

Author Eustace Davie is a director of the free Market Foundation.