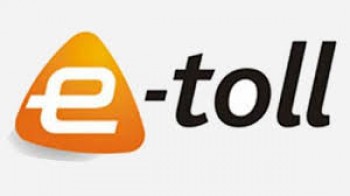 A new draft bill gazetted by the Democratic Alliance proposes giving provinces a say over whether roads are to be tolled or not. This comes amid public outcry over the SA National Roads Agency and its unsuccessful attempt to bulldoze Gauteng motorists into paying e-tolls. Opponents say e-tolls were implemented unlawfully and without proper public consultation, according to Business Day. The ruling ANC may find itself torn over support for this bill. To come out in favour of Sanral and e-tolls with presidential elections just two years away could be political suicide.


The DA has proposed a draft bill that would compel the South African National Roads Agency Ltd (Sanral) to obtain the majority approval of provincial legislatures before it can declare a toll road, and to identify an alternative route for motorists to use.

Organisation Undoing Tax Abuse (Outa) chairman Wayne Duvenage said his organisation supported the draft bill, but would propose to take it further by stipulating that Sanral itself must maintain the alternative route, and that all the revenue from a particular toll road will have to be ploughed back into that road and not pooled for the entire toll road network. This would mean that toll fees would fall when there was no longer a need to invest in maintenance. Also, there should be greater transparency in relation to the concession contract.

The state-owned agency, which is responsible for the national and provincial road network, would also be obliged to seek comment from all the municipal councils within the area of the proposed toll road before making its declaration.

The private member’s bill which will be introduced into Parliament by DA transport spokesman Manny de Freitas comes after a long period of intense conflict over Sanral’s plans for toll-roads, whether these be in Gauteng, the Western Cape or the Eastern Cape. At the core of many of these disputes are allegations of high-handedness and a lack of consultation on the part of the roads agency.

The Cape Town City Council successfully fought Sanral’s proposed toll roads on the N1 and N2 both in the Western Cape High Court and the Supreme Court of Appeal for four and a half years on the grounds that its process was improper and unlawful. The city argued that both Sanral and the minister of transport had failed to consider relevant information — such as the effects of tolling and the affordability of the proposed toll fees for low-income earners — when deciding to declare the toll roads. It claimed they would have resulted in Western Cape road users paying R62bn in toll fees over a period of 30 years.

The city also argued that the Sanral board had not taken the decision as it was required to do. Sanral has indicated that it plans to contest the judgment in the Constitutional Court.

The agency is proceeding with its proposed Wild Coast toll road on the N2, despite strong protest from local communities and lobby groups concerned about its effect on the environment.

De Freitas’ draft bill — The South African National Roads Agency and National Roads Amendment Bill — has been published in the Government Gazette and members of the public have been invited to submit comments on it to Parliament. Public hearings will eventually be held by the transport committee and the strong opponents of toll roads such as the Organisation Undoing Tax Abuse (Outa) will no doubt make their views heard there.

The memorandum to the draft bill states that its purpose is "to address the public outcry that arose as a result of the implementation of the Gauteng Freeway Improvement Project.

"As the public consultation process on that project was not conducted to the satisfaction of the public, there is a need to strengthen consultation with the premier of a province and the municipal council wherein the road to be tolled lies by requiring a majority vote in favour of the proposed declaration in the relevant provincial legislature."

A majority of the provincial legislature concerned would have to approve of the project and every municipality within the surrounds of the proposed toll road will have to be given an opportunity to comment.

The proposed requirement that Sanral identify an alternative tarred road of comparable distance to every toll road and continuously maintain it, will ensure that those who cannot pay the toll fees can still reach their desired destination.

The proposed bill would also require Sanral to undertake a socio-economic; environmental and traffic impact assessment of the proposed toll road and this would have to be submitted to the Minister of Transport as well as being made available to the province and every municipality affected. Sanral would also have to submit a report on all the comments received, the consultations conducted and how the representations made had been accommodated.