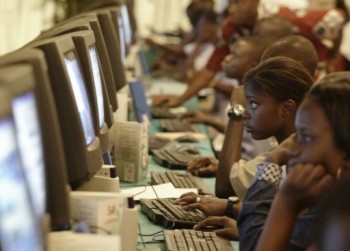 Social justice is a good thing so long as it remain within the bounds of sanity. When #Feesmustfall jumps to #Sciencemustfall and #Datamustfall, something weird takes over. Independent economist Luke Muller points out that campaigners pressing for lower data prices ignore the evidence that data prices are competitive and there are multiple suppliers. No conspiracy to look at here. Evidence of this is the fact that the percentage of South Africans accessing the internet grew from 7,6% to 52% over the last decade.


A 2011 United Nations report describes the internet as an enabler of human rights, but it does not go so far as to declare internet access a human right. With more and more people joining the digital age with smartphones and mobile devices, South Africa is undergoing an information revolution. Internet access allows ideas and opinions to be voiced instantaneously and inexpensively which is helping to level inequality, boost economic, social and political development, and create further avenues for the freedom of opinion, speech and expression.

The recent growth of internet access in this country is an extraordinary story. Between 2006 to 2015, the International Telecommunication Union estimate that the percentage of South Africans using the internet grew from 7.6% to 51.9%. Far below the average of developed countries (81%), but above that for developing countries (40.1%). Most of that growth has been enabled with the spread of smartphone and mobile devices since mobile networks have the advantage of being able to reach rural and low-income areas with relatively economical infrastructure costs. More than half of South Africa’s internet traffic comes from mobile devices according to a 2015 estimate by the venture capitalists KPCB.

South Africa’s digital media environment remains comparatively free and open. Freedom House rates South Africa as having one of the best ‘Freedom on the Net’ scores in the world despite an international environment where internet freedom is declining. This has huge benefits for South Africa’s society, expanding the capacity of individuals to receive and disseminate a massive range of information.

Affordability is still a constraint for many, as highlighted recently by the #DataMustFall campaign. Part of the problem might be that data is now more easily accessible to low-income groups than ever before. The success of wider coverage has created new markets and new problems. The #DataMustFall campaign focuses on cellphone network operators, calling on them to lower data charges. In reality, South Africans also access the internet through wireless or fixed line connections at work, home, school, places of study, or internet cafes. Many South Africans find mobile data the most affordable option because it does not require the payment of installation and rental costs. Telkom still maintains a stronghold over the right of way for most land-line connections and requires ADSL subscribers to pay the parastatal a monthly R189 analogue line rental fee.

Cellphone network operators are the main driving force behind South Africa’s information revolution. The quality of data connections in South Africa has improved with better connection speeds, according to quarterly reports by Akamai Technologies. It would be foolish for regulators to interfere with data pricing as this could curtail the expansion of companies or deter new entrants into the market. Market interventions seem unnecessary when already more South Africans are enjoying the benefits of internet access every year, and network speeds and quality are improving.

It is ironic that digital activism is occurring on the very networks people are protesting about, but it is true that improvements can be made. The focus of #DataMustFall campaigners should be on reducing unnecessary regulatory hurdles for all internet providers. Also, private companies should not be made to compete with a parastatal in either the mobile or fixed line markets. Telkom should be fully privatised. Privately owned ICT infrastructure and services are given a fair degree of self-regulatory independence. For South Africa to continue on its upward trajectory in the digital age, network operators must be allowed to continue expansions and to determine what fees they should charge for the wide variety of services they offer. Growing internet access can only benefit low income communities and society as a whole.