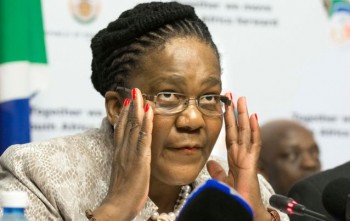 Former transport minister Sbu Ndebele has returned from his posting in the Australian High Commission to answer charges he received a R10m bribe for the extension of the eNatis contract to private company Tasima. Last week the Constitutional Court ordered the control of the Electronic National Traffic Information System (eNatis) be handed back to government after it was found that Tasima's five year contract entension, awarded in 2010, was unlawful, according to Business Day.

The Constitutional Court on Wednesday ordered that the management of SA’s Electronic National Traffic Information System (eNatis) be handed back to the government from private operator Tasima by the end of the year.

The long-running dispute over eNatis has sucked in former transport minister Sbu Ndebele, who was recently recalled from his posting as the country’s High Commissioner to Australia.

Ndebele, who was the political head of the department when this happened, is accused of receiving more than R10m in bribes from Tasima and is due to appear in the Commercial Crimes Court in December.

The system enables the department to regulate and administer the licensing of all vehicles‚ learner drivers and drivers’ licences‚ vehicle roadworthiness tests as well as the general implementation of the road traffic legislation.

The Constitutional Court on Wednesday found that a five-year extension won by Tasima to run the system from 2010 was unlawful, ordering that it be handed over to the Road Traffic Management Corporation within 30 days.

At the end of the contract in 2007‚ Tasima was given a month-to-month contract to run the eNatis until a disputed five-year contract extension signed by the then transport department director-general George Mahlalela in May 2010.

"The merits of the challenge are nonetheless compelling. A web of maladministration surrounds the granting of the extension," said the majority judgment read by Justice Sisi Khampepe.

The court upheld that the extension of the contract was unlawful, but noted that allegations of fraud and corruption were not properly made and were not considered by lower courts.

Tasima continues to deny the veracity of these allegations, which were not considered by the Constitutional Court. The company is wholly owned by Thuthukani Information Technology Services, which is jointly owned by technology entrepreneurs Fannie Mahlangu and Zuko Vabaza.

Tasima and the Department of Transport are expected to meet in 10 days to discuss the terms transfer.

"No constitutional principle allows for an unlawful administrative decision to ‘morph into valid act’.

"However, for the reasons developed through a long string of this court’s judgments, that declaration must be made by a court," the judgment read.

Should no agreement be reached, the original migration plan established in a 2001 agreement would be implemented.

Speaking outside the court, Transport Minister Dipuo
Peters described the ruling as a "victory for all South Africans".

The personal information of South African motorists would be handed back to the government department, which had been aligning its budget along with its entities in preparation to take over the management of the system.

The continued delays had contributed to qualified audit opinions, she said.