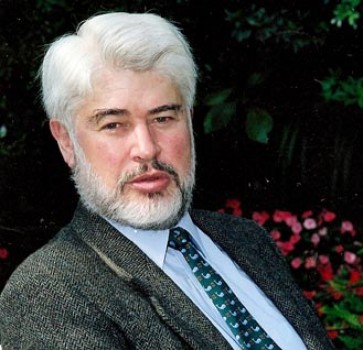 Former finance minister Trevor Manuel recently complained of a smear campaign involving the current finance minister Pravin Gordhan. But his memory is short. He might have mentioned the ANC's trumped up smear campaigns alleging a third force, falsely implicating former president FW de Klerk, IFP leader Mangosutu Buthelezi and others. These are just some of the smears the ruling party has confected over the years, says John Kane Berman in Politicsweb.


Addressing a recent BusinessDay/Financial Mail function, the former finance minister  Trevor Manuel complained of "trumped-up charges" against the "incorrupt". This, he said, was how "apartheid agencies used to operate". Perhaps the "treason trial" of 1956-61, which resulted in the acquittal of Nelson Mandela and all his co-accused, was the most notorious example he could have cited.

Since then, the African National Congress (ANC) and the South African Communist Party (SACP) have perfected the technique of using smear campaigns in the media to undermine their opponents.

Although not formally indicted, the major victims were FW de Klerk and Mangosuthu Buthelezi, who were relentlessly branded as having conspired to run a "third force" to destabilise the ANC before the 1994 election. Some journalists were dupes in this smearing process, using the "screaming headlines" of which Mr Manuel now complains.

Others had thrown in their lot with the ANC and endlessly repeated the "third force" allegations, throwing a smokescreen over the "people's war" which that organisation and Umkhonto we Sizwe were conducting. The use of propaganda against their opponents was key to the strategy, in which the United Democratic Front (UDF) played a vital role. Trevor Manuel was prominent in the UDF. Pravin Gordhan, the current finance minister, was a founder.

In place of the "third force", we now have the "rogue unit" of the South African Revenue Service (SARS). Mr Manuel says that although allegations about this unit have been proved untrue and repudiated, "the narrative" about it has been "drilled into the public's mind to the extent that people will forever doubt". That was the fate of Mr De Klerk and Prince Buthelezi. In the worst example, a false "narrative" that they had plotted the Boipatong massacre of June 1992 was "drilled into the public's mind" by the ANC, the SACP, the Truth and Reconciliation Commission, and their allies in the media.

But there have been other victims. President Thabo Mbeki and six of his ministers launched a smear campaign against the Standing Committee on Public Accounts (Scopa), when it attempted to probe the arms deal announced 17 years ago. Among the techniques used against Scopa was to accuse it of making allegations it had never made. Judge Willem Heath was likewise the victim of a smear campaign.

The charges are designed to sow doubt about these people in the public mind. The latest target appears to be Kenneth Brown, chief procurement officer of the National Treasury, his accuser being none other than Mzwanele ("Jimmy") Manyi, former government communications boss and cabinet spokesman.

The main difference between these kinds of charges and those levelled against Mr de Klerk, and Prince Buthelezi is that those were made on behalf of a united ANC and its UDF, SACP, and trade union allies against their opponents. Today the unity is gone and war engulfs the ANC as President Jacob Zuma and his supporters try to prevent him from facing the (genuine) charges laid against him as a result of the arms deal. Then as now, the technique is not simply a question of smearing people, but more systematic. It involves not only the manipulation of the truth but also the manipulation of the law. A pity that all those now blowing the whistle against this did not do so earlier.

* John Kane-Berman is a policy fellow at the Institute of Race Relations (IRR), a think-tank promoting political and economic freedom.