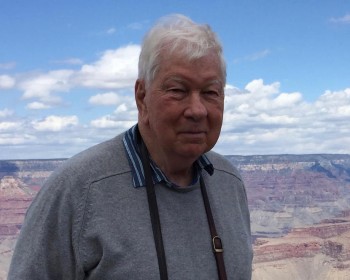 Who is to blame for the chaos that has enveloped South Africa’s universities as students demand free higher education? Instead of pointing a finger at the usual suspects – i.e politicians and government officials  –  take a look at how university leaders have helped to set the scene and have failed to take the right steps to prevent the crisis from escalating. That’s the message from leading historian RW Johnson, who sets out the narrative of the university crisis with a focus on Vice-Chancellors (VCs). South Africa’s university VCs need to discover reserves of courage and conviction they have not displayed up until now, he argues. In a nutshell, VCs like Max Price at the University of Cape Town and Adam Habib at the University of the Witwatersrand have not upheld the autonomy of universities. In addition, they have compounded problems in a series of foolish moves. If this generation of ill-suited VCs continues to get it wrong, warns Johnson, their names will go down in ignominy as the people who betrayed and destroyed a proud legacy. – Jackie Cameron, writing in Biznews.

What to do about the Universities?

This is regarded, along with transparency, as an essential part of modern democracy. South Africa appears to suffer the opposite: here decisions are unnecessarily reserved for the highest authority possible – even when they are inappropriate, even when they are not legal. This is often part of an undue deference to power.

Examples abound. Look at the way that the ANC finds it effectively impossible to breathe a word of criticism of any sitting leader. When Jacob Zuma was still being pursued by Thabo Mbeki’s bully-boys, he and I had breakfast. The subject came up of Mbeki’s attitude to Aids. I suggested that the only explanation was that Mbeki was psychologically disturbed.

“Oh yes”, came Zuma’s response, “and for many years now!” Just think, a mentally disturbed President and yet no one in his party willing to say so, any more than anyone now is willing to be frank about the Zupta State. Or again, one can think of occasions when the choice of the national cricket or rugby team has been taken out of the hands of the coach or selectors and been simply appropriated by the CEO of the sport’s board or even by the Minister of Sport.

We have just had another glaring example where the leaders of the major parties have sat around deciding the nature of the coalitions to rule our towns and cities. It hardly seems to occur to anyone that this really was a matter for the elected representatives of each town or city to work out and that party leaders had no right even to be in the same room where such decisions were made. Certainly in countries as different as France and America the idea of national party bosses having any role in such decisions would be simply laughable.

The most glaring example lies with our universities. University councils are empowered and charged in law with the proper maintenance of their institutions, including setting fees for them. As the national state has, over the years, cut back its grant to the universities further and further so university councils have been forced to increase their fees.

Many of them have deliberately cross-subsidized the fees of poorer students by getting wealthier students to pay over the odds. But the state has pushed ever great numbers of ill-qualified students into the universities and then failed to increase student loan funds to match. The result was last year’s explosion. It will be remembered that UCT demanded a 12% increase – widely echoed by others. The students marched. Blade Nzimande offered 6%, Zuma 0%.

At this point men somewhat braver than Max Price or Adam Habib would have said “No thank you, Mr President and Minister. There is no rationale for either 0% or 6%. In any case, it is the job and duty of our Councils to set our fees and after careful examination of next year’s budgets we have done just that. University autonomy is very precious to us and we will not surrender it.

If you want to help then either stop forcing us to take such numbers of hopeless students who are bound to fail or at least increase the student loans fund.” To be sure, Messrs Price and Habib would then have had to face down student protestors for a while – not an insuperable task, particularly given that so many of the protestors would have exited the system at year end.

Without doubt such a display of mettle would have earned Messrs Price and Habib some of the respect which they are currently so egregiously lacking and would doubtless have transformed the atmosphere of this year’s debate as well. Every student who signed on in January 2016 would have known that they were at autonomous institutions, committed to the maintenance of their standards and their survival into the future, and that university management would act to protect these objectives, come hell or high water.

Instead of this the vice chancellors have increasingly scurried around seeking ways to satisfy the demand for free higher education. This demand is both ludicrous and indecent. Ludicrous because how is a middle income developing country like South Africa supposed to afford free higher education when countries like Britain and the USA can’t afford it? Indecent because it exactly parallels the continual demands to spoil our small elite, the bureaucratic bourgeoisie, at everyone else’s expense.

Students are often better off than the general public and if they get their degrees are likely to join that small elite. Free higher education will redistribute resources towards the better off and worsen inequality. The vice chancellors doubtless know this – and at other times they are loud in their denunciations of inequality – but, again, when it comes to appeasing those who threaten them, all principles are negotiable.

Moreover, the vice chancellors have compounded this foolishness with another, even greater: the campus staff unions had opportunistically sided with the students who in turn had them rewarding with “in-sourcing”. The vice chancellors might have pointed to the fact that “out-sourcing” was first forced upon the universities by an ANC Education Minister, Kader Asmal.

Instead they merely capitulated despite the fact that “insourcing” would be vastly expensive and irresponsible at a time when universities were unable to raise their fees. The result: universities now pay for having vastly-better remunerated cooks, cleaners and gardeners by having to lay off academics, rewarding non-essential workers at the cost of essential ones.

A key problem is the juniorisation of vice-chancellors. This is partly due to the nature of campus politics over the last forty years, where student activism moved steadily to the left, where direct action was increasingly rewarded and where the boundaries of the permissible were constantly expanded in a populist direction. The results were remarkable. In the 1950s and 1960s students had fought for the freedom of speech. By 1980, certainly on the Natal campuses, the students were flatly against freedom of speech (for that would have meant giving Buthelezi a hearing).

A landmark case was, of course, the Conor Cruise O’Brien affair at UCT in 1986 where his freedom to give lectures was officially curtailed by the UCT authorities who then handed the adjudication of the matter over to a carefully rigged hearing which pronounced the victim guilty of his own misfortunes. NUSAS then threw away its long and distinguished history by dissolving itself into Sasco and for years many campuses were largely ruled by Sasco, Nehawu and increasingly desperate university administrators now finding themselves having to negotiate about almost everything.

The result was an environment where positional politics was almost everything. In order to stay “onside” with a rapidly changing university environment the only safe thing to do was to keep open one’s links with the Left, whatever gymnastics were required, and to try for roles as interlocuteurs and intermediaries, always negotiating change without ever taking up positions of principle. To play such roles a politically correct language was essential – words like redress, transformation, inclusive, non-racist, decolonization, previously disadvantaged, whiteness, alienation, exclusion, research excellence, a culture of learning, the legacy of apartheid, demographic representation, diversity, innovation in teaching and learning, interrogating historical values and assumptions, terrain of struggle, affirmation of dignity, enabling environment, capacity building, accelerated transformation, employment equity, emerging scholars, transformation imperatives, the global south, the verb “to mainstream”, mentoring, critical pedagogy, stakeholder involvement, marginalization by the dominant culture, to be “othered”, Eurocentric, Afrocentric and so forth: a whole new language of buzz-words and circumlocutions.