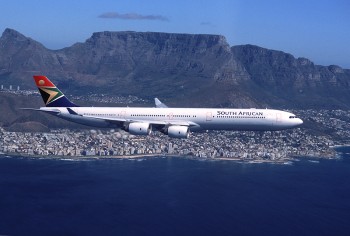 The Organisation Undoing Tax Abuse (OUTA) today laid criminal charges against Daniel Mahlangu of BnP Capital, the little-known boutique finance house that stood to gain R256m for arranging finance on behalf of SAA. And in a clear threat to SAA employees who were party to the alleged fraudulent financing scheme, OUTA says they had better come forward with information or they too may be charged.


Today the Organisation Undoing Tax Abuse (OUTA) laid charges against Mr Daniel Mahlangu of BnP Capital as part of its ongoing investigation and challenge of irregularities at SAA. OUTA recently exposed an unlawful deal between SAA and BnP Capital, a virtually unknown middleman, that stood to gain R256 million for securing a loan of R15 billion on behalf of SAA. After OUTA’s legal challenge, the SAA stopped the original transaction. However, the chairman of the SAA Board, Dudu Myeni, still wanted to forge ahead with paying BnP Capital a fee of R49, 9 million for “costs incurred.”

OUTA’s investigation not only exposed serious irregularities with SAA’s tender process, but also the fraudulent actions of BnP Capital’s sole director and shareholder, Daniel Mahlangu. Based on evidence uncovered during extensive investigations, OUTA decided to lay criminal charges against Mr Mahlangu. This was done today at the O.R. Tambo Airport.

“Laying criminal charges should send a clear message that companies who make themselves party to dubious transactions, can also be held accountable for being an instrument in the decay of government’s financial systems and the looting of taxpayers hard earned money, ” says Ivan Herselman, director of legal affairs at OUTA.

OUTA laid charges against Mahlangu on the following grounds:

OUTA warned that those within SAA who assisted in putting together the fraudulent transaction, are not off the hook. “Legal action against them will commence in due time. Our investigation into this is still continuing, but we already have solid evidence.”

Herselman said OUTA will keep a close eye on the criminal case against Mahlangu. “We are hopeful that the investigating officers and prosecuting authorities will do the right thing and convict Mahlangu of fraud.”