As SA's freedom ranking slides, corruption and graft are inevitable 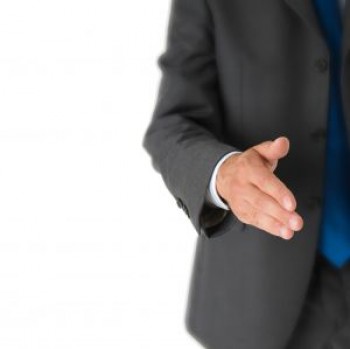 Since the year 2000, SA has slipped from the 42nd freest country in the world to 105th - placing us in the bottom third. There are now 14 Africa countries rated higher than SA in terms of overall freedom. As Richard Grant explains, this creates a toxic environment ripe for corruption and graft.


The Economic Freedom of the World Index (EFW) is a positive indicator for desirable living conditions. For any country, the higher the EFW score, the more likely that country is to enjoy greater prosperity, a broader and friendlier civil society, and an intrinsic attractiveness to people from other lands. A country with greater economic freedom is better able to support a larger population on any given land area and physical resource base. The migration crisis of recent years is testimony to the government policy failures and resulting conflicts in those countries that tend to export their people rather than their products. It is also a rebuke to those refugee recipient countries that fail to exhibit consistently, or at least to recognise and articulate, the principles of good governance and freedom of exchange.

This year’s EFW index, which draws on data from 2014, shows that South Africa has continued to decline in absolute terms to an overall rating of 6.64 (out of 10), compared to 6.74 the previous year. This absolute drop is significant in what it portends for future standards of living – a loss of economic freedom implies a drag on economic progress. But the extent of lost opportunity is illustrated by South Africa’s decline relative to the rankings of other countries.

Of the 159 countries rated this year, South Africa placed 105th, which ranks it near the bottom of the third quartile. The previous year, its rank was 96th, and the year before that, 89th. This remarkable loss of position in the world implies a loss of economic competitiveness, thereby exacerbating the lost opportunities for productive activity.

In the year 2000, South Africa ranked 42nd in economic freedom but has since been surpassed by 63 other countries. Eleven African countries now rank higher – 14, if we count Mauritius, the Seychelles, and Cape Verde. This means that, not only is South Africa losing its standing in the world, it in the process of falling behind in Africa also.

The Economic Freedom of the World Index is composed of five broad areas: 1) Size of Government; 2) Legal System and Property Rights; 3) Sound Money; 4) Freedom to Trade Internationally; 5) Regulation. A troubling consistency for South Africans in this year’s report is that the separate scores for each of these five areas have all declined. Although there have been improvements in some of the subareas – such as judicial independence and credit market regulations – they were too few and of insufficient weight to prevent the broad declines.

South Africa’s strongest area score is in the category of Sound Money, for which it achieves an index score of 8.04 but a ranking of 99th, which is below the world median. The score would be much higher if South Africans were less restricted in their access to foreign currency and in the right to own foreign-currency bank accounts. But the South African rand has a reasonably predictable inflation rate and people generally have confidence in the management of the South African Reserve Bank. Nevertheless, the consumer price inflation rate remains high and the Reserve Bank predicts the 2016 inflation rate will average 6.6%, which is above the Bank’s own target range of 3% to 6%. Further, it is slightly worse than the actual average of 6.1% for 2014, which is the year from which the current EFW data were compiled.

Given that headline inflation averaged a relatively better 4.6% during 2015, we might expect the Sound Money rating in next year’s report also to be better. But the jump to levels as high as 7% in February this year (2016) suggests an increased volatility of the consumer inflation rate and a subsequent deterioration of the Sound Money rating through 2017.

Although the Reserve Bank and the South African Revenue Service (SARS) are reputed to be among the most efficient agencies in South Africa, neither is impervious to political pressure or influences. Presidential direction of the specialised investigative police unit, the Hawks, to question the current Minister of Finance (formerly head of SARS) as well as four former SARS officials has blown attention back on the president himself, and on the environment of political cronyism that has flourished under ANC rule. That this has shaken confidence in South Africa as a place to do business was reflected in the sharp and immediate depreciation of the rand in foreign exchange markets.

This points our attention to the fact that, of all the EFW subcomponents, the poorest rating by far is in the category of Capital Controls. South Africans have long been subject to highly restrictive regimes of exchange controls, which inhibit all international trade and investment but place domestic residents at a particular disadvantage.

All of this directs us toward the two EFW areas with the weakest scores: 1) Size of Government and 2) Legal System and Property Rights. We see the pervasive presence of government in the lives of its residents, demanding resources and compliance while it grows increasingly ineffective in protecting the lives and property of those residents. Voters have reacted against these consequences – noticeably at the municipal level – but the national government continues to consume more of what its citizens produce and to control some of that production by maintaining government-run commercial enterprises. Few could avoid noticing the drag on business and on people’s daily lives due to government involvement in the electricity generation business. It might be less obvious that the government is not a competent operator of other businesses, such as the national airline, but the destruction of wealth and loss of innovation are no less real in their impact on our lives.

There is no EFW category explicitly named “Corruption.” But there is a strong inverse correlation between a country’s EFW score and perceptions of corruption within that country. As government involvement in the lives of its citizens grows, along with it will grow opportunities to redirect other people’s wealth to one’s own benefit or to gain some other unearned advantage over one’s competitors. As government grows, temptations to partake of the unearned will grow in tandem, applying a steady corrupting pressure on the social fabric.

It is no accident that, as South Africa’s Economic Freedom of the World Index falls, the daily news increasingly offers us reports of corruption, group conflict, currency instability, and economic stagnation.

Richard J Grant is a Professor of Finance & Economics, Lipscomb University, Nashville, Tennessee and a Publications Editor of the Free Market Foundation.