Are you paying old (prescribed) debt? 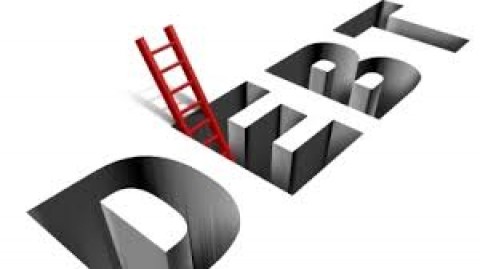 The debt collection industry was dealt a fatal blow in March when it became illegal for companies to attempt to get someone to pay a prescribed (old) debt. But still they try, as this article by Wendy Knowler makes clear. You could be paying prescribed debt right now, even though it is unlawful for companies to collect this from you.

In a nutshell, a debt prescribes if, in the previous three years, the debtor has not made a payment, acknowledged the debt, or been served a court summons connected to it.

But as I've reported in this column before, the industry continues to hound consumers to pay old, bloated, prescribed debts.

The debts have in most cases been written off by the credit provider and then sold for a song to a debt collector which justifies attempting to get debtors to pay it, despite it being prescribed, by relying on a self-serving "loophole" interpretation of the National Credit Amendment Act.

Sedicka Williams of Wynberg raised the defence of prescription when she was called to pay old debt and was told she waived that defence when she made a payment recently, which was news to her.

When she contacted me in June, she'd just received a summons relating to her 2009 FNB credit card debt.

She was under debt review that year, but lost her job at the end of 2010, and then cancelled the review, and the repayments to FNB and her other creditors stopped in early 2011.

"FNB has never tried to collect from me since then," Williams told me. "Then in April, I received an SMS from 'national debt collection lawyers' Groenewald Lubbe Inc of Randburg demanding payment, which I ignored."

In June the collector sent her a summons obtained in the Wynberg Magistrate's Court, dated May 27, demanding immediate payment of the original debt of R16,300, plus fees and commission, bringing the total to R30,700.

"Does this qualify as a prescribed debt?" Williams asked. "What do I do now?"

I advised her to respond with a request for an extension to file an appearance to defend motion on the grounds of prescribed debt.

An e-mail exchange between me and the Credit Ombud's office led to FNB getting involved, and some weeks later the bank informed Williams that, in fact, her debt had not prescribed because she'd made a payment in December 2014, which means it hadn't been three years since her last payment when that summons was served.

The bank's e-mail read: "The last payment received directly from the complainant was on December 17 2014. We attach copies of the attorney statements from 2009 to 2016."

And there in the statements was the alleged "direct payment" from Williams.

This left her stunned.

"I have requested FNB numerous times to issue me with proof of how that payment was allegedly made, but nobody can tell me where the deposit came from," she said.

Meanwhile, she continued to get SMSes threatening to obtain judgment against her and attach her assets.

I then put it to FNB that given how much rested on Williams' alleged payment of December 2014, more information around that payment needed to be provided. "How was the payment made? From which account?"

Head of collections at FNB credit card, Jonathan de Deer, told me: "A previous payment by Williams was not timeously allocated to her account, due to insufficient payment information provided by the customer, so the bank was able to trace and allocate this payment.

"As a result of this delay, it appeared Williams had made a payment in 2014 when this was the date the payment was allocated."

The bank informed Williams that it was withdrawing "the summons as the debt has prescribed."

Strange that the bank had claimed that a payment had somehow been found almost four years later and allocated to her account which had already been bought by the collectors .

Anyway, Williams continued to get threatening SMSes from the collectors , including one last week which read: "Your FNB credit card account refers. Judgment has been granted. The sheriff may be instructed to attach movable assets that belong to you. Urgently call GL Inc."

Back to FNB I went. Turns out the "judgment has been granted" claim wasn't a lie but a mistake.

"We can confirm that the account has been closed and the attorneys were notified on August 29," I was told.

"We inquired about the text message - the attorneys have confirmed that this was generated in error and they will apologise to the customer."

On her own, Williams would most certainly not have been able to get justice, and would be saddled with that R30 000 debt. And I'm left with the awful knowledge that many others are paying old, bloated debts to collectors because they didn't ask the right questions.

Home loan and state-related debt, including TV licence debt, only prescribes after 30 years.

If you feel you are paying prescribed debt and want to know how to handle it, contact crushbankdebt@gmail.com.