The biggest power grab by bureaucracy yet 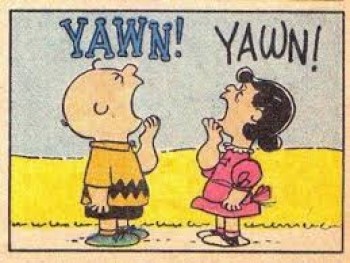 You give a piece of legislation a name like the Financial Services Regulation Bill and you know people will yawn and turn the page. Yet buried in this proposed law are some whoppers. We are going to get not one, but two, giant bureaucracies that will cost between R4bn and R6bn a year, paid for of course by the consumer. We are adding layer upon layer of regulation in a fruitless attempt to prevent future financial crises. Nobel laureate George Stigler investigated the economic costs of regulation and came to the conclusion that bureaucracies often end up performing no discernible public good, but at great cost to the public. Like any living organism, they seek to survive for their own sake. This is what Stigler called regulatory capture.

All our great financial regulatory bodies could not predict nor mitigate the 2008 financial crisis, which was caused by casino banks gambling away the investments of others in a variety of Ponzi schemes. They were already supposedly regulated by a multitude of bodies and rules, including Basel II and now Basel III which, like its predecessor, will fail - just wait for the next banking collapse and the shrill cries that follow for even more regulation to "prevent a repeat crisis". South Africa, in its eagerness to show that it is "world class", is about to adopt a financial regulatory model that has not been proven to deliver any benefit elsewhere in the world. It will create two regulatory bodies to regulate the prudential (financial soundness) and market conduct aspects of all financial institutions. These two legs are called the "Twin Peaks".

Yes, it's boring as hell, but the great minds that dream up this rubbish count on your insouciance to ram through even more centralised control. This bill is shaping up potentially to be the biggest bureaucratic power grab in our recent history.


The proposed Financial Services Regulation Bill (FRS), expected to go before Parliament very soon, will introduce ‘Twin Peaks’, set to be the most expensive and complex revision of banking and insurance regulatory architecture in South Africa’s history. Yet even now, no one outside the Financial Services Board (FSB) has any idea of why this legislation is required or what ‘problem’ it will purportedly fix.

“A socio-economic impact assessment (SEIA) has been done, but, astoundingly, not only is this assessment a textbook example in how not to do such assessments, the results do not support the introduction of the Bill,” said Professor Robert Vivian at a media briefing on 24 August. “Based on the SEIA alone,” he said, “this legislation should be stopped in its tracks.”

“Twin Peaks” is the moniker given to the division of current financial services regulation between two separate authorities or ‘peaks’: A prudential or solvency requirement peak will be managed by the Reserve Bank while a “market conduct” peak will fall under a new Financial Services Conduct Authority (FSCA). The FSCA will assume some of the services previously carried out by the FSB which has been overseeing both ‘peaks’ to date. “Prudential regulation has long been in place and is well understood. It is the new “market conduct” element and the inscrutably complex structure required to make it work that is genuinely disquieting,” says Vivian. (See attached illustration.)

There are at least four critical flaws in the SEIA:

Firstly, there is no clear study or articulation of the “mischief” to be addressed. Absolutely no empirical evidence of the ‘problem’ is provided.

Secondly, it estimates that compliance costs will be at least R4,5 to R6,2 bn per annum - to be passed on as a stealth tax to an already overburdened public. In addition, the SEIA states that these estimates do not included significant further costs yet to be assessed.

Thirdly, Treasury and government seem to have no idea whatsoever of the value of the benefits hoped for. Astoundingly, the cost benefit analysis omits the “benefits” part altogether.

Fourthly, no attempt has been made to study alternative systems used elsewhere in the world or to say why these are not preferable.

“Twin Peaks” is a recent innovation in just two other countries of significance, with a very short track record, yet tried and tested systems used elsewhere have apparently been deliberately ignored. Moreover, the documentation presented to Parliament runs to many hundreds of pages of complex jargon that baffle even industry experts, let alone less experienced parliamentarians.

Consumers will be the losers. They will bear hugely increased costs in ever-escalating service and premium charges and, in a double blow, will experience diminished access to competitive banking and insurance products. Quality advice and jobs will be lost as smaller intermediaries who cannot afford the complex compliance and monitoring expenses will be shut down, as happened when the costly Financial Advisory and Intermediary Services Act (FAIS) was introduced in 2004 and few, if any, of the promised benefits of FAIS ever materialised.

Leon Louw, FMF executive director said, “The question is why is the FSB hell bent on driving this legislation through in the face of overwhelming evidence to the contrary? Vague and amorphous reasons are given that do not stand up to even elementary scrutiny yet the ‘Twin Peaks’ juggernaut thunders on.”

Should this bill be passed into law, the power of the newly formed FSCA would be quite exceptional and extraordinarily dangerous. All banking and insurance activity, along with all product and service innovation, will, in future, be micro-managed by unaccounted public servants of uncertain attribution.

Industry commentators say that this is the biggest bureaucratic power grab in South Africa’s history. It violates the rule of law and the constitutional principle of the separation of powers. It creates an expanding empire where state employees, with little industry training, knowledge or expertise, have the power to create law by fiat – plus the power to judge and exact heavy fines – the proper role of the judiciary. They then keep and spend these fines themselves. A formula for graft and corruption if ever there was.

“In a nutshell, we don’t know what it’s for and we don’t know what it will fix,” Louw said. “We have some idea of the enormous cost but no idea at all of the value of the imagined benefits. This Bill will introduce far-reaching, destabilising legislation for one of the South African economy’s most critically important and best performing sectors.”