Sasfin's photocopier deal turns out to be a whopper 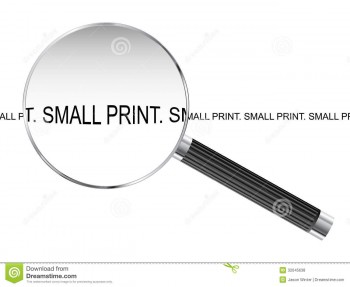 Asset manager and chartered accountant Sunil Shah didn't read the fine print when signing an agreement for the rental of a photocopy machine with a Sasfin-associated finance company. So a machine that was advertised on the internet for R7,500 ended up costing him R15,000 even though he delivered it back to the company after just three months. This is because of loopholes that allow these rental agreements to side-step the National Credit Act. We previously reported on how a similar agreement for a photocopy machine ended up costing a Joburg couple their two houses because these rental agreements fall outside the National Credit Act. BizNews reports on how this happened.

From BizNews: A court ruling has highlighted a legal loophole that allows rental equipment providers to circumvent the National Credit Act – with financially devastating consequences for the unwitting, an investigation by a respected money manager has found.Sunil Shah, a Chartered Accountant who has worked in global financial markets as an asset manager, discovered this gap in the legislation after he fell into a trap laid by entities with ties to banking and financial services group Sasfin. The incident cost him some money. More importantly, it highlighted how people, even the financially astute, can get so easily misled by businesses that might have the legal high ground, but morally are way off-course. Sunil wrote this piece to serve as a cautionary tale to others not to fall for the same tricks. Be warned: Hidden in the very small print of rental agreements for photocopiers and printers are such nasty clauses that you can lose the shirt off your back and the roof over your family’s head. – Jackie Cameron

To which Sasfin replied:

We are greatly concerned about an article that was published on the BizNews website in which Sunhil Shah has been given liberty to defame Sasfin and misrepresent Sasfin’s relationship with other parties. We were not approached by BizNews for comment before such a patently emotive article was published. The result is that the article, “Sasfin rental agreements: Scam or Sham?” works only to discredit Sasfin and has caused considerable harm to our reputation and, we would suggest, the journalistic integrity of BizNews.

The article deliberately distorts and misrepresents the communication that occurred between the author and our representatives.

The BizNews platform has allowed him liberty to effectively say whatever he wishes, without any attempt from BizNews to establish the truth or even contact Sasfin with a request for comment. Further to this, BizNews has provided a headline and introductory paragraph that reinforces the assertions that Shah makes in his letter. This is compounded by the graphics that accompanied the article which are designed to reinforce the perception that Sasfin had acted unlawfully.  I am sure that a media doyen of your calibre will agree that this is not ethical journalistic practice.

While we do not discuss client details or the details of our interaction with clients on any public platform, we are of the view that this article is principally aimed at trying to intimidate us into not proceeding to enforce our claim against him.  We are surprised that an ethical publication would publish such information without conducting their own investigation or at least, asking us for comment.

BizNews has also reinforced Shah’s commentary with a defamatory headline, graphics and opening editorial summary without seeking a response from Sasfin.

We request that you remove the article from your platform, allow us right of response and issue an apology.  We reserve our right to approach the Media Ombudsman as well as reserving our rights and that of our executives to seek damages for defamation.

Let me start by informing you it’s only courteous that you spell your clients’ names correctly I am Sunil Shah, not a cigarette (Sunhill). That would just be basic courtesy, especially if you, via your un-intelligible incomprehensible legalese contracts, intend to milk R15 000 from me for a machine that costs R7 500 today.

Lets defer that detail for another day. Your esteemed reputation seems to be at stake. Just to remind you of the brushstrokes of my grievance, The detail that your partner (Intergro) concealed this rental agreement from me, the fact that you have not averted me in any way that this agreement exists, even after I questioned the double debits on my bank account.

All that we can defer to a more opportune moment. Hopefully when there is a judicial presence to appraise whether rental agreements fall outside the ambit of the NCA. But ooh I digress. You claim you have not had an opportunity to respond to the tarred brush on your good name. That is simply not true.

Here is the email to your esteemed “Head of Legal”, A Mr Brown, (who wished to no longer discuss your practices with me), having had every opportunity to do so:

From: Sunil Shah Sent: Tuesday, August 02, 2016 3:18 AM To: Howard Brown Cc: Kuhgen Govender Subject: Article in digital media: Sasfin Rental Agreements: Scam or Sham? Mr Brown, This article will be published on a prominent SA site this afternoon. Please get back to me by 10 AM if you see any factual errors. If you wish to prevent it being published, I look forward to your offer for compensation. If I don’t hear from you by 11 AM I will go ahead with the publication. Regards Sunil Shah.

Try and defend your practice as a grown up: I have been duped into a contract with you, (by your partner who is not a registered FSP), where you have not provided any notification whatsoever of the contract that I have been unwittingly entered into with you – 3 months after the contract was signed, with no detail on the finance/interest charge, where you are attempting to charge me R15 000 to extricate myself from a contract where the copier costs R7 500 today and you have retrieved the ‘frigging’ copier after confirming it is in perfect working order!! …. the list goes on.

You see Sasfin, the underlying issue isn’t the R15 000 rand you want to bilch from me. I could just pay you that and be done with this. Even though you have your machine back and it defies the most rudimentary semblance of fairness.

No the issue is much bigger than that. It’s what you stand for. What you are willing to overlook in the pursuit of profit. Outfits like you give capitalism a nasty smell. For a moment consider the multitudes who don’t have the requisite education or legal resources to understand your incomprehensible legal rental agreement. And imagine they don’t have the resources to just go buy the frigging copier, but are obliged to rent it. Those are the multitudes ensnared by your nefarious immoral contracts. That is the reason for my article.

Now go think about that before you answer.