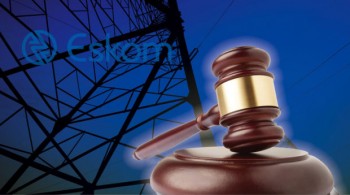 The Organisation Undoing Tax Abuse (OUTA) has become a major thorn in the side of State-Owned Enterprises. It started out as a protest against e-tolls in 2013, a campaign which quickly became the most effective consumer boycott in recent SA history. It now has SAA and now Eskom in its sights. OUTA is doing the work that public watchdogs and regulators are supposed to do - but don't.


Having taken on Sanral over the hugely unpopular e-tolls implementation, the Organisation Undoing Tax Abuse (OUTA) says it will be engaging with various experts to assess the viability of launching a class action against Eskom, on behalf of the public, to recoup the tariffs unlawfully charged.

We congratulate the Nelson Mandela Bay Business Chambers and others with their successful court application to set aside the 9.4% Eskom electricity tariff increase as a result of NERSA and Eskom’s lack of transparency regarding costs, and the failure to adequately evaluate whether Eskom operated efficiently.

“We applaud the businesses and the Nelson Mandela Bay Business Chambers for successfully challenging the irrational manner within which NERSA (the National Emergy Regulator of SA) approved the increase in Eskom tariffs. Although not all amounts overcharged will be deemed significant in the eyes of some, it is an absolute matter of principle that Eskom pay back every cent they have overcharged,” says Ivan Herselman, director of Legal Affairs at OUTA.

On 31 March 2016, OUTA applied to interdict the Eskom tariff increase on the basis of insufficient time and information to analyse the reasons for the electricity tariff increase agreed to by NERSA, before it comes into effect. "We are currently on appeal against the judgment which ruled against us. The judgment of this latest court ruling specifically confirmed our position that Eskom could revert to the lowest tariff, if the interdict was granted," says Herselman..

“We are fully aware that Eskom and/or NERSA are likely to appeal the ruling but will start with our preparations to determine whether a class action is feasible in the circumstances.”