Expropriation Bill is legally flawed and dangerous to SA's prosperity 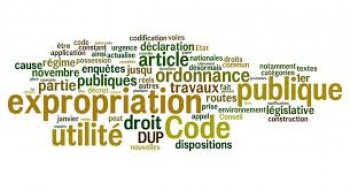 The Expropriation Bill, which has been passed by both houses of parliament, grants the government extraordinary powers to expropriate not just property, but any assets, and pay little or no compensation. The wording of the bill uses legal sleight of hand to side-step Constitutional property rights. It pretends to be the "custodian" for the nation, rather than the owners, of the seized assets. And though the Bill is supposed to assist black South Africans, it will likely have the opposite effect, says the Free Market Foundation.


No existing legislation has the potential to be as detrimental to our country as the Expropriation Bill (B4D-2015), which has been passed by both houses of parliament but has yet to be promulgated by the President. Secure property rights are a precondition for prosperity. The Bill strikes at the heart of private property rights, violates the Constitution, and the procedure by which it was passed was illegal and probably unconstitutional, said the Free Market Foundation (FMF) in a written submission to the High Level Panel established by Parliament to assess the impact of key legislation on the triple challenges of inequality, poverty and unemployment facing South Africa.

Although it recognises these challenges, the FMF has been vociferous in its opposition to the Bill and made submissions in 2013 on the Bill in its form at that time.

FMF executive director, Leon Louw, said, “Political rhetoric surrounding the Expropriation Bill fuels the illusion that it will produce white victims and black beneficiaries, whereas its effect will be precisely the opposite. Multiple state entities are empowered to arbitrarily seize any property (not just land) and to under-compensate or not compensate at all. The great irony of the Bill is that black people have always been and will continue being the primary victims of compromised property rights, just as under apartheid.”

The Bill’s definition of expropriation uses a legalistic sleight of hand to vest ‘custodianship’ rather than ownership in the expropriating authority. This means that the state will not ‘own’ the asset but merely hold it on behalf of the nation. That the Bill also gives the expropriating authority the power to expropriate without reference to any other body after merely giving notice, removes judicial oversight. Nor is the state obliged to pay compensation on the date of expropriation to owners who have been dispossessed of their property but may simply ‘propose a later date’. In the interim, the state has possession of the expropriated property and has no incentive to make timely payments. If the owner disagrees with the proposed date, then he may go to court but in a country plagued by poverty and a lack of access to the courts, this, in effect, is justice denied. The owner would be forced to accept whatever small amount is offered in compensation or face bankruptcy. The effect on small business, individuals and investors will be devastating.

These provisions give the state the power to take assets without guaranteed compensation. Apart from obvious injustice, this is a disincentive to investment and development. It will be catastrophic for South Africa.

One of the most heinous aspects of apartheid was denial of property rights, yet instead of assurances that their property rights will never be violated again, the Bill ensures that black people will never enjoy the rights for which many fought and died. While most white investors, suburban residents and farmers have resources with which to protect themselves, most victims, especially as transformation advances, will be poor blacks whose property will be misappropriated for dams, roads, airports, projects, mines and the like. Like apartheid, the Expropriation Bill will once again make the ownership of property dependent upon political whim.

Commenting on the submission, Louw said, “People must understand. Julius Malema’s battle cry of ‘expropriation without compensation’ will become a reality for many citizens, black and white, and not just large faceless corporations and industrialists. It is newly empowered black people, the small business owner, the home owner, who could lose everything without compensation if this Bill is signed by the President. It is a license to loot the population.”

President Zuma has referred the Bill to the Speaker of the National Assembly and the Chairperson of the National Council of Provinces (NCOP) amid concerns about the lawful procedure by which the Bill was passed in parliament. Its passing through the NCOP was legally flawed.

1.      Revise the definitions of ‘expropriation’ and ‘disputing party’.
2.      Revise the provisions relating to compensation to be ‘just and equitable’ (Constitution section 25).
3.      The revised Bill must be passed through parliament using legally correct procedure.