ANC in a race to the bottom 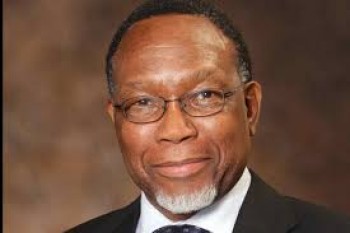 Given recent statements by two former presidents, Thabo Mbeki and Kgalema Motlanthe, one wonders whether these men will vote for the party of Nelson Mandela at all, or whether they wil abstain, or perhaps even vote for the opposition. Motlanthe was recently reported to have said the ANC is engaged in a race to the bottom. Strong words from the former leader of the country.


Forrmer Deputy President Kgalema Motlanthe on Sunday laid into the current state of the ruling party, warning it may self-sabotage, the City Press newspaper reported.

"It may be possible at some point to salvage the ANC from this race to the bottom. But it is also equally possible that the ANC may so thoroughly discredit itself that there may be nothing to salvage," Motlanthe said in an interview published in the Sunday newspaper.

But, the ANC stalwart said, "It has to get worse first.”

The ANC had "increasingly lost its ability to be representative of ordinary people," said the former president of South Africa.

ANC leaders in government no longer relied on reason, he suggested. "In the past, the ANC always prided itself on relying on a superior argument. Now, it's numbers they rely on.”

Motlanthe also said that the party had become reactive. "... for every small irritation, they use language that belongs to the period prior to 1994...

"The ANC, which is my organisation, has lost its historical perspective.”

Motlanthe said he chose to leave the leadership structures of the organisation when he realised that this echelon “only wanted to adhere to its constitution selectively".

"In spite of raising these issues, nothing happened… That's why I felt I should exit,”  he said.

Motlanthe decried a lack of leadership in the country in the present.

"It's almost as though the country is on autopilot," he said, adding he could never return to a leadership position as "the structures are in a sense bogus structures. When you have something like that, it is not possible."