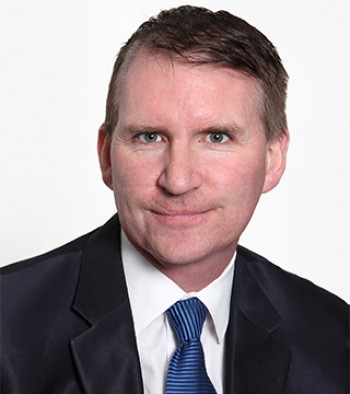 In a recent article in De Rebus, Advocate Douglas Shaw welcomes some recent changes to court rules that allow the courts (but do not compel them) to set reserve prices on properties that are sold in execution, but bemoans the fact that SA’s repossession regime remains among the most backward in the world. More than 100,000 South Africans have had their lives ruined since the Constitution was launched 20 years ago, says Shaw.

Here are some highlights:

Most people, including the Rules Board, do not understand just how bad SA banks are compared to other countries. The table below shows the figures which are truly shocking. This wall of shame puts SA on a par with European arch-villain Spain, but way ahead of model countries such as Singapore and Denmark when it comes to the ratio of sale in executions to the number of bonds.

In January, the Rules Board submitted new rules for comment on the execution of immovable properties, an area of law where South Africa’s (SA) laws badly lag the rest of the world, writes Shaw. 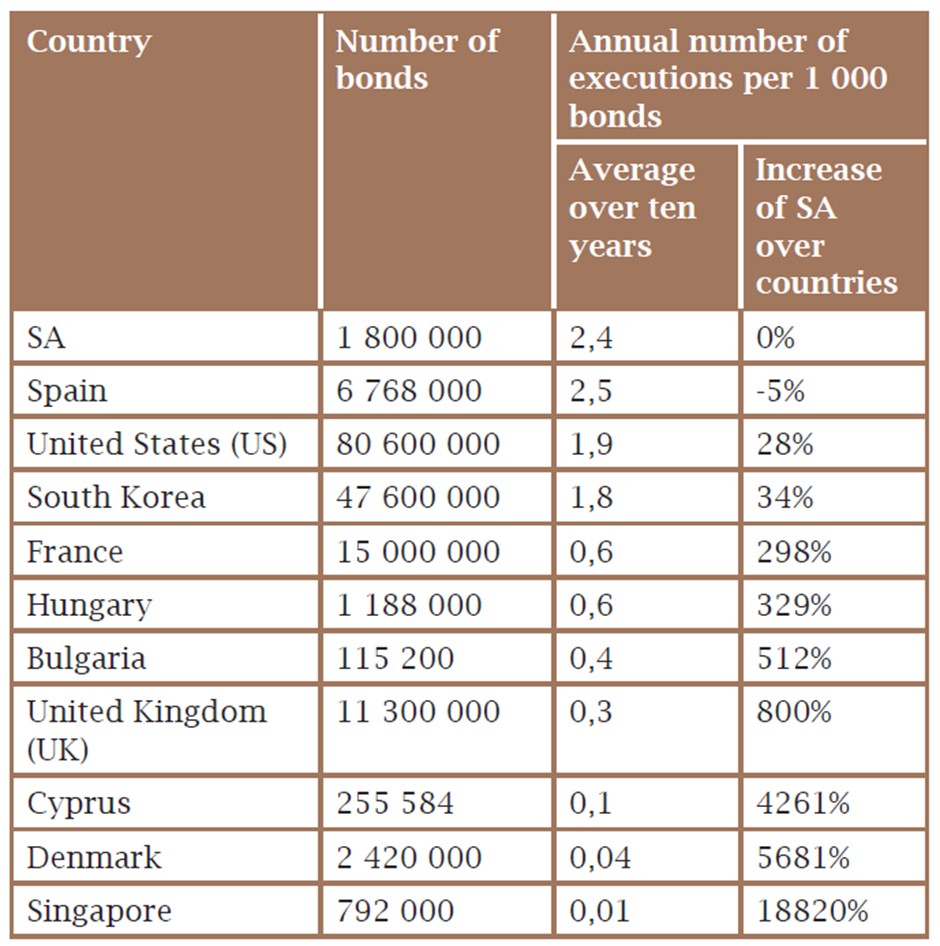 “Only countries that have had major crises in recent years – like Spain and the US – can approach the extreme level of executions in SA where we have not even had a significant financial crisis. European countries who have, in fact, also had something of a crisis in the last ten years still have execution rates an eighth to a quarter of that in SA. This applies to developing Eastern European nations and Western European countries alike. There is no reason we should not, by improving our law, become like Denmark or Singapore though at the current time we, without conscience, currently sell 50 times as many properties per 10 000 bonds as they do in Singapore. (While default rates are a bit higher in SA than in some of these countries, these differences explain very little of the huge differences in execution rates. The difference in the lack of legal restrictions on irresponsible bank practices explain most of it.)”

The improvements in the rules include a removal (in the January version) of the prohibition of reserve prices that previously applied (which no other country had) and lacked any coherent rationale. Now, in the April version, we have provisions that allow the court to set a reserve price. However, it is not compulsory (see r 46A(9) discussed below) so properties may still be sold without reserve.

The rule also – for the first time – requires in the application for execution, that the market price is provided by the applicant (which will usually be a bank) (r 46A(5)(a)). This is a big improvement as this is a precondition for ensuring properties are normally sold for around that price. South African properties sell for sizably lower percentages of their value than in other countries. Significant numbers are sold for negligible sums, even as low as R 1 000. Many believe that criminal syndicates are involved in these transactions. Unfortunately, our rules have not explicitly outlawed such transactions, and still, sadly, do not. It is also commendable that the local authority municipal rates amounts must now be disclosed (r 46A(5)(c)). South Africa’s low prices in execution sales are partly due to the inability of buyers to know what the municipal rates account might be. This will solve this problem. There is still the problem of buyers not being able to view the property. Rule 46 allows the Sheriff to enter the property by force for various reasons. If this is to be allowed, then there is no reason why a day should not be allocated where potential buyers could see the property. This would also raise prices. In sub-rule 7A of Form 21, a deposit of 10% is required; this is too much and deters buyers who are otherwise capable of later securing a bond. The Board should consider deposits of 2% with an upper limit of R 10 000 or so. These amounts should only cover the Sheriff’s marginal costs of adding a property to a pre-existing auction, which are small. Otherwise they should be kept small to encourage more buyers.

The rules give a procedure for opposing execution procedures, but there is still not much protection in the rule for the unrepresented and indigent defendant against whom an order will be given in default.

This has been the law in England for almost 50 years, and yet we still do not have this law. If the debtor has lost a job and is a year in arrears and then gets a new long term job, there is no reason to execute. Courts in England will not allow execution in these circumstances and will instruct the arrears to be capitalised and the bond contract to continue with a slightly higher premium. We desperately need such a provision in our law. I have seen hundreds of applications for execution against owners in this country who can now afford their mortgage where the banks say ‘pay the whole arrears or we will execute’, which is often impossible. This is hardly consistent with the Constitutional Court’s dictum that it should be a ‘last resort’.

The second situation in which execution should not be allowed is where the house is worth more than 20% more than the loan. In my own experience in practice I have seen senior citizen’s houses taken from them for a R 100 000 debt when the property is worth R 2 million. This should never happen.
No execution may take place if the arrears (not the accelerated amount) are fully paid up before either the execution judgment or the sale in execution. The court and Sheriff must respectively be required to check this before they grant judgment or sell the property, according to Shaw.

A major problem with the current court rules is that properties must be sold by Sheriffs, “the people least qualified of all, to sell property and, in this country especially, least likely to secure a market price.

“Why have the Board not incorporated the working models of places like Australia, which is an effective system, where estate agents sell the properties at least in the first instance. This has been put to the Board in January. This has the advantage that buyers do not know the property is in execution and do not expect a discount. Another way to do this is require the court to grant a time to sell order of three to six months to the owner where the owner is ordered to put the property on the market and try and sell it, only if this does not work, will the property be sold by the Sheriff.”

The main problem may be that the Rules Board does not understand just how far SA repossession law and the ‘gung ho’ behaviour of our banks that is the inevitable result, is out of synch with the rest of the world.

The main reason for the difference is that we allow our banks to destroy the lives our citizens with impunity. More than 100,000 lives ruined since the Constitution. Other countries do not. This must not continue. South Africa calls on the Rules Board to address the main issues and seriously reform our law rather than tinkering with minor issues.