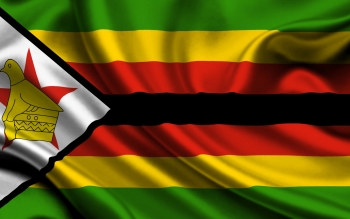 Pastor Evan Mawarire has stirred the spirit of protest in Zimbabwe. Riots and protests now seem unstoppable as they spread from the cities to Beit Bridge border posts. The diplomatic community is warning of a possible military coup, and South Africa's shocking and corrupt support for the ruling party in past election frauds may come back to haunt it. Or perhaps this time, it will heed the voice of a young and restless population that has called for Mugabe to leave now, and make way for a change. Movement for Democratic Change MP Eddie Cross reports from Zimbabwe on the latest developments.


Right now Zimbabweans live in a surreal world of their own making. For three years I have been saying that the formal economy was in steep decline. I pointed to the fall in domestic demand for fuel, electricity and beer and the dramatic reduction in revenues to the State. Yet despite all the evidence, fellow economists blindly followed the line put out by the Ministry of Finance and the IMF/World Bank that the economy was growing – albeit at a slow rate.

Then I identified the fiscal deficit as an unsustainable feature of national accounts, I asked how were they funding this massive gap between revenues and expenditure? Successive IMF delegations came to Zimbabwe and seemed to take no notice of my assertions. I saw evidence of the rapid escalation of domestic debt as a consequence and said that this simply could not go on.

Instead the Minister of Finance and the Governor of the Reserve Bank argued that the situation was under control and all they needed was a “little help”. They repeatedly identified the trade deficit, capital flight and illegal transfers as the cause of the growing liquidity crunch and emerging cash shortages. I argued that those may be making things worse, but that was what people did with their money when they could not see the road ahead of them. I argued that things could not go on like this, matters had to come to a head and a collapse was imminent.

The Ministry of Finance, the IMF and the international Community simply carried on playing the same music, like an orchestra in a lounge on the Titanic. Then suddenly the decision to start printing money again; like water seeping under the doors to the dance floor, everyone knew that this ship really was sinking. Panic set in and the rush for the lifeboats began.

The problem is that it is too late for this ship, the only thing people can do in Zimbabwe is jump ship and hope to be picked out of the sea and taken to safety. The crunch has arrived, civil servants are no longer being paid on time, in fact the reality is that the State has cut salaries in half – they get two weeks pay for a month’s work and this is going to continue with the backlog in salaries and pensions simply growing larger every month.

We can no longer pay for all the imports required to meet our needs, shortages are inevitable and prices are rising sharply. People with money in the bank are unable to withdraw enough to pay for their daily needs. Pensioners are in a desperate situation and are unable to meet their most basic needs. The banks are all in dire straits – even now refusing to accept cash transfers into their accounts from abroad because they cannot guarantee to pay out the beneficiaries.

The international community, lulled into a stupor by the propaganda being put out by the differing agencies of the State and the Multilaterals, are sitting on their hands, the “Friends of Zimbabwe” both East and West, are not coming to our aid because no “SOS” signal has been issued by the Captain of this sinking vessel. Now suddenly a weak SOS has been sent out – first by a man with a flag and now by the Veterans of our Liberation War. The Churches have supported the Flag but their voice has been so muted as to hardly being heard. I am a lifelong Christian and I despair that my friends and colleagues in the Church here will ever take their wider responsibilities seriously.

In the past month (July) the Captain has been at the helm, engines running and trying to ensure that the orchestra below the decks kept playing with the electricity on emergency generators. Now one by one his faithful Lieutenants are abandoning the Bridge and taking to the stairs and the life boats. Soon he will be completely alone in that steel tower and has already decided that if the ship goes down, he will go with it and hope to be remembered. It is too late to save the ship that once was HMS Zanu PF in Zimbabwe.

I am fairly sure that the Zimbabwe situation will be the subject of discussion, even as a side issue, at the G20 talks in China this week. The UK will take the lead as always on this issue and will warn their colleagues that they may have to send a vessel to the area to look for survivors. Not even China will consider trying to rescue the Captain of this sinking ship. In the nature of global events, this event is in the minor league and will not merit more than a “take note” motion.

So the Mugabe era of geopolitical leadership comes to an end. The question is what will the crew and the passengers on this ship do when finally they are dumped soaking wet and exhausted on a strange beach somewhere?

For me it is the future, not the past that must take precedence right now. I really think that the Mugabe era is over, the last remaining supports for his regime are crumbling and it cannot take much longer for all to see that the end is nigh. His departure will free us to put our lives back together and rebuild what has been destroyed.

The first phase will have to be spent dealing with the immediate crisis – picking people out of the water and getting them to food, water and somewhere warm. Then to hold a meeting for all the surviving crew and passengers to elect new leadership and then to start the long walk home to begin reconstruction, that will mean aid, a lot of it as well as major long term financial assistance on a very large scale.

Such aid and financial support will not be made available until the international Community is satisfied that we will not make the mistakes of the past, either in the design of the new ship or its management. Before we start rebuilding we will have to deal with our legacy debts: $11,7 billion to long overdue creditors, $6 billion to more recent creditors on the domestic front, compensation to everyone on the ship who has a claim against the company ($12 billion) and then compensation to the passengers who lost everything when the ship went down ( all the air in our Bank accounts).

We will have to change the way we manage our affairs so that this company, in which we are all shareholders, is able to function viably, pay its debts in the future and restore prosperity and growth. Hopefully our children and their children will never again have to go through what we have experienced in the past century. Perhaps that is the only thing that we will be grateful to the leadership of yesteryear – the knowledge that they have given to us as to how NOT to run a country, unless you want to run the country into the ground and commit political and economic suicide.