Signs that things are getting out of control in Zim 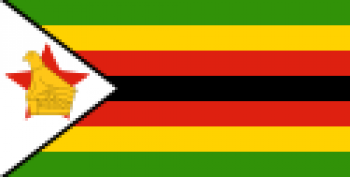 Two stories that suggest things are fast approaching a head in Zimbabwe. One involves riots over the number of police roadblocks travellers have to navigate as they try to make a living. It seems social protest independent of political party alliances is taking over the country. The second story involves a young Zimbabwean who told his president "F..k you" and landed himself in court. He also seemingly threatened President Mugabe's kids should anything happen to him.

Here's the first: Riots broke out in Harare on Monday morning, as taxi operators clashed with police over numerous roadblocks leading into the city centre.

The latest skirmishes of violence in the Zimbabwe capital come a few days after protests broke out at Beitbridge border post over new legislation that came into effect in July that restrict the influx of imported products into the country. Authorities have refused to rescind the new law.

Political parties have warned that Zimbabwe is on "a knife-edge" as the economy continues to tank, with the government now failing to pay civil servants.

Hundreds of travellers in Epworth, Ruwa, Mabvuku and Hatfield were left stranded as taxi operators clashed with police.

The increases in the number of police roadblocks was also the subject of discussion at a conference held in the resort town of Victoria Falls last week.

National Assembly speaker Jacob Mudenda told delegates at the Zimbabwe National Chamber of Commerce congress that police had to reduce the number of roadblocks as they threatened business viability.

"We have debated in Parliament and said there is no law that says there should be X number of roadblocks on the road. Tourists driving from Beitbridge to here, Victoria Falls, on average must go through 20 roadblocks, why? They have been checked at the border for whatever imagined misdemeanours they might have and they came through customs and immigration," Mr Mudenda said.

The second story involves a young man who told Presidetn Robert Mubage "F..k you" and seemingly threatened his kids should anything happen to him. This kind of talk is a sign of the frustration felt by young Zimbabweans, who seem more outspoken than their parents. This story from Business Day:

As part of their demands they called for an end to "illegal roadblocks" and corrupt police officers to be "apprehended and brought to justice."

On Tuesday, thousands of public servants are expected to also join in a nationwide strike over the failure by the government to pay their salaries on time. Only the uniformed forces — army and police — have been paid their June salaries.

In a statement issued on Monday afternoon, police spokesperson Charity Charamba warned members of the public against engaging in acts of violence.

“Lawlessness of any nature whatsoever and those who are bent on causing mayhem by taking the law into their own hands will not be condoned,” the statement read.

“As police we have information and intelligence on the identities of some criminal elements that are behind the social unrest. We have put our monitoring teams in place and all perpetrators of violence will be arrested.”

The latest warning by police comes amid calls for a national shutdown of the country on Wednesday on social media dubbed “enough is enough.”

This planned action implores citizens to respond violently, and is a response to the imports ban as well as company closures, police roadblocks .

“Fellow Zimbabweans, don't go to work as from 6 July until this is solved. Burn every  shop, service station or any business that will open its doors for trading.Block all roads with whatever object you can. Block all traffic and if they resist burn the cars. No cars on the road by 6 July, if anyone resists go and burn their property at night,” social media reads.

Schools closed early in anticipation of the strike action on Monday afternoon. So far, only the uniformed forces — army and police — have been paid their June salaries by the government.