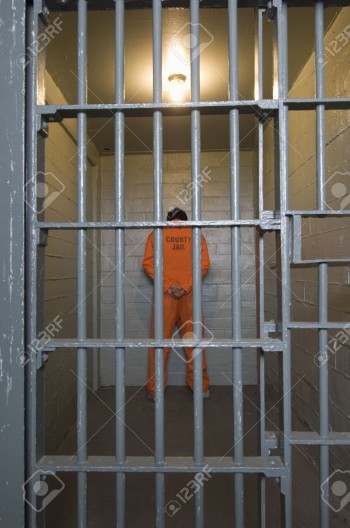 The Northern Irish courts are quietly setting international precedent when it comes to securitisation and "double dipping" by the banks. Notice in this report how Santander Bank "destroyed" documents relevant to a claim being brought by the bank (just as Absa claims thousands of its documents were "destroyed" in a fire in 2009 so as to avoid presenting the originals in court). But in the Northern Irish case, the home owner moved to commit the CEO of Santander Bank and his "corrupt" officials and lawyers to prison for submitting a false claim to the court.
The Northern Irish Courts are at the forefront of the campaign to prove that the present system of mortgages is based on fraud and is utterly biased in favour of the lenders. It is so biased that the lenders make greater profits if borrowers are foreclosed upon and loose their homes.

To explain what “capitalisation “ is in a mortgage there are two important elements: the “balance” which is the amount which was borrowed and secondly any “arrears” and fees which accumulate in the event of a missed payment.

Because mortgage loan agreements invariably contain a limited “power of attorney” which allows the lender to take any actions which they deem “necessary” they are able to set fees for any transactions involving the mortgage.

Any outstanding sums which accumulate as “arrears” and fees arising from arrears should not be added to the “balance”. Doing so is called “double dipping”. It leads to a mathematically certain exponential rise in the total sum owed which is sufficient to outpace the resources of the borrower leading to foreclosure.

In the Bank of Scotland v. Rea case in Northern Ireland (2014) this was the issue, an alleged criminal fraud.

This case was reported in the financial press as follows:

Bank of Scotland has vowed to challenge a legal verdict in Northern Ireland which ruled it treated mortgage borrowers in arrears in an 'unconscionable' way by 'double billing' them for missed repayments.

The case concerned borrowers who, after being declared in arrears, saw their regular monthly repayment jump higher, sometimes by hundreds of pounds, without their consent.

Bank of Scotland, part of Lloyds Banking Group, had 'capitalised' the arrears, rolling the missed payments into the outstanding loan and triggering higher monthly payments to clear the debt. The practice is commonly used when borrowers fall behind on payments.

However, the bank then continued to regard borrowers as in arrears and used this to start repossession proceedings against them and to seek additional payments towards the arrears.

While the ruling is not binding outside Northern Ireland, UK courts may take note of the decision if they consider similar cases. The High Court in Belfast specified that Bank of Scotland had breached Financial Conduct Authority requirements, which apply across the UK...”.

The most recent case followed on from Rea at the Belfast High Court. Mr. A. (name withheld for legal reasons) was able to prove not only that his mortgage was begin foreclosed because Capitalisation had resulted in his repayments being multiplied almost four times but also that it had been “Securitised”.

This term refers to the practice of mortgage lenders selling mortgages to corporations known as “Special Purpose Vehicles” (SPV's).

Here is a quote from Chris Gallant, in investopedia:

Securitization is the process of taking an illiquid asset, or group of assets, and through financial engineering, transforming them into a security.

A typical example of securitization is a mortgage-backed security (MBS), which is a type of asset-backed security that is secured by a collection of mortgages. The process works as follows:

First, a regulated and authorized financial institution originates numerous mortgages, which are secured by claims against the various properties the mortgagors purchase. Then, all of the individual mortgages are bundled together into a mortgage pool, which is held in trust as the collateral for an MBS. The MBS can be issued by a third-party financial company, such a large investment banking firm, or by the same bank that originated the mortgages in the first place. Mortgage-backed securities are also issued by aggregators such as Fannie Mae or Freddie Mac...”.

This explanation is, as they say, “economical with the truth”.

Documents in Mr. A's possession, obtained following Subject Access Requests under the Data Protection Act and from other sources prove that “Collections of mortgages” are sold outright to SPV's, not “held in trust”. The transactions are recorded at Companies House. These records include prima facie evidence that the mortgage seller has been paid in full on at least two occasions in Mr. A's case..

However, the Bank of England’s First Quarterly Report of 2014 openly admits that the “reality of how money is created today differs from the description found in some economics textbooks”.

The common law rule is that a debt paid is ended and there is no enforcible contract with the new owner of the mortgage because none of this was disclosed when the mortgage agreement was made and it exceeds the limits of the “Power of Attorney”.

The sellers however disregard this and make claims that they still own the mortgages in repossession proceedings.

The Latest Case In Belfast

In the early stages of Mr. A's case, lawyers acting as representatives of Santander Bank claimed that they had “destroyed” the original “Loan Agreement”. This was despite statutes and Court Rules requiring bank directors to produce original documents when making claims through the Courts.

Later the same solicitors had a change of position concerning securitisation. In preliminary disclosure they denied it. Later that accepted that the “Equitable Title only” had been sold.

It should be noted that there are several types of “securitisation”.

This information was suspiciously not disclosed in the routine statements which Mr. A received and was also absent from other in-depth statements which were requested from Santander by by Mr. A.

This concealment of the fact that the alleged loan had been paid is what constitutes the criminal offence of Fraud by Misrepresentation by Santander to the Court in their claim that they owned the Mortgage in question.

It also proves that sworn statements made by bank officials and their lawyers to the contrary to be perjury.

It is the reason why the Belfast High Court is being petitioned to commit the CEO of Santander UK, Mr. Nathan Bostock, and his corrupt officials and lawyers to prison for Contempt of Court in submitting a false claim.

At a hearing earlier this month, Mr. A, having served copies of the fatal documents on Santander's Banks lawyers the previous day, made an application for the matter to be struck out with prejudice and for the incarceration of Mr. Bostock and his co-conspirators.

A visibly taken aback Mr. Justice Deeny, no doubt aware of the shocked silence which had fallen upon the Court room full of Barristers and lawyers, paused for thought.

He asked the Barrister representing Santander for his observations on the application for him to be incarcerated.

Mr. Deeny asked to Mr. A if he knows “that we use an older version of the White Book in this Court”.

The Judge smiled and nodded. The Barrister stated that he was at a disadvantage because he did not have the relevant textbook to hand. Mr. A graciously offered the Barrister his copy. The crestfallen Barrister and his sweating sister (the solicitor in this case) accepted the book with shaking hands.

Mr. Deeny broke the spell with a comment that “one thousand years of Natural Justice dictate that a man who is accused must have an opportunity to prepare his defence”. He drew attention to Rules of the Court concerning the correct procedure for striking out of claim and counter claim by affidavit and summons.

Again Mr. A was master of his brief. Prompted by his litigation friend, he reminded the Judge that the word “May” strike out in the Regulation means “Must” when an application is made to uphold a fundamental right (per Ex Parte Livesey and Julius v. Bishop of Oxford). Mr. Deeny's response was inaudible.

Going directly to the Regulation in his copy Mr. A. sought clarification of what form to use. The information was provided and the Barrister and Solicitor were given a hopefully brief respite. The case was adjourned until September but with Mr. A's application for dismissal to be dealt with in the meantime.

Mr. Deeny, whose apparent height had reduced by at least six inches during the encounter bid the parties farewell and gratefully moved on the the next case.