We're in an election, and it doesn't look good for the ANC 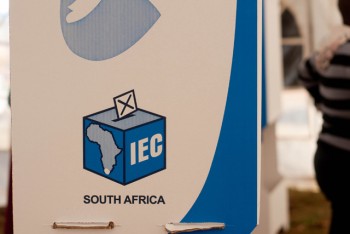 It's official. We are in an election and nearly 3m new voters have registered. Gareth van Onselen crunches the numbers, and suggests it doesn't look good for the ANC. It's unlikely it will win the 60% it claimed in the last election, but much depends on the energy of the opposition in these last few months before voting.

The election date has been gazetted and the IEC has certified the voters’ roll, it’s all official. We are in an election. That is, unless you are the SABC, in which case it will start complying with the necessary requirements — such as airing opposition TV adverts — when it is good and ready. It seems to run by rules only it can see.

One way or the other, come August 3, SA will hold the next round of local government elections. The result will tell us much about the general state of South African politics and, specifically, about the state of the African National Congress (ANC) and the opposition.

This week, following the certification of voters roll, the IEC released a stream of data on the final registration numbers. This week’s Tweet of the Week goes to the heart of the matter: 26.3-million people are registered to vote and they will be the ones who decide the fate of local government over the next five years.

Among other statistical nuggets the IEC dropped into the virtual universe was that 2,678,307 new voters had registered; that is, compared to the situation for the past round of local elections, in 2011. In between, another million or so registered for the national and provincial elections in 2014.

One of the big questions in this election is how the ANC will fare. In 2011, the turnout (the number of registered voters who actually voted) was 56.64%. It is, of course, impossible to say what the turnout will be in this election, but using some options around the 56% mark, it is possible to determine the number of votes in absolute terms the ANC would need to hold its position, increase or lose support.

So, for a direct comparison and assuming the turnout is exactly the same — 56.6% — this time around the ANC would need about 9,239,973 votes on the PR ballot to get exactly the same percentage it got last time — 62.93%. In other words, it would need to find just under an additional 1-million new votes. So the vast majority of those people who registered for this election would have to vote for the ANC.

But it is unlikely the turnout will be the same. How it fluctuates and why depends on a variety of factors. Among them, apathy and disillusionment with the ANC and enthusiasm and hope for the opposition.

This time around, all indications are the ANC is going to struggle to get 60% and there is every chance it will fall below that threshold. This has happened before. In the 2000 local government elections the ANC got 59.91% on the PR ballot, or 5,216,390 votes. Turnout was 48.04%.

So really, the turnout in 2011 was relatively high. And it must have been high among ANC voters too, because it drove the party’s support to an all-time high in local government elections.

The election in 2000 provides a good counter-example. The turnout was low but particularly for ANC voters, the DA had just been formed and opposition voters, enthused at the prospect, turned out in disproportionately huge numbers. That drove the ANC all the way down to 59.9% and saw the DA manage a whopping 22.3% on the PR ballot.

There is every reason to believe this election will mirror far more closely the 2000 affair than it will the outcome of the 2006 election, and that should be our point of comparison.

Dissatisfaction with the ANC is heightened (this recent Afrobarometer survey) and the advent of the EFF, which has captured the imagination of a certain sector of the market (including alienated ANC voters) together with the DA’s prospect of winning in certain key metros, should all work together to ensure that opposition voters turn out in disproportionately high numbers, while ANC voters are likely to be more apathetic.

Indeed, in this environment, if the opposition does not take a significant chunk out of the ANC’s majority, something will have gone profoundly wrong.

In fact, if that general analysis holds true, it is almost impossible to imagine any final turnout number from 48% through to 53% that would work in the ANC’s favour. No matter what it is, it is likely to be driven by opposition voter sentiment, not ANC loyalty. And, in that case, the higher the turnout, the worse for the ANC, because it will mean those forces working against the party are all the stronger.

Viewed over the course of the past three local government elections, the ANC has systematically increased the number of votes it received on the PR ballot, from 5.2-million in 2000, to 6.4-million in 2006, all the way up to 8.4-million in 2011. But the demands on it just managing to maintain a place in the 60% bracket are now enormous — it needs at least a million new votes in August.

The key factor in this election is going to be turnout. The ANC’s core constituency is extremely loyal, as it is for all parties, but loyalty and enthusiasm are two different things. The extent to which both the ANC and the opposition are able to appeal to those people disillusioned or alienated from the majority party will naturally be the focus of their respective campaigns, but the ability not to get those voters to the actual voting booth on August 3 will make or break their election.

Even if the ANC is able to rely on its core constituency for a majority, it will suffer serious damage if it cannot quickly inject some enthusiasm into them. Being ANC is one thing, voting ANC is another, and therein the ANC’s primary problem lies.