Zuma's back - is Pravin on borrowed time? 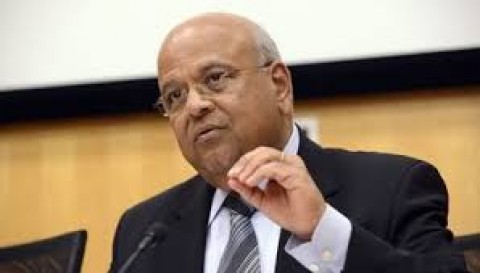 The presidency was quick to squash rumours that finance minister Pravin Gordhan is about to be arrested for his alleged role in setting up a rogue investigations unit when he headed up SA Revenue Services. But the Hawks appear to have other plans. Zuma's recent behaviour suggests he is far from beaten. His mood was ebullient in recent days as visited Eskom's head office and declared power cuts a thing of the past. Then it was on to SAA to bestow his blessings there. Maybe Pravin will see out his term to 2019, but don't count on it, says Peter Bruce in The Sunday Times.

For a man reportedly on his way out, with ruling party leaders piecing together a plan for a graceful exit, President Jacob Zuma is in an oddly ebullient and even belligerent mood.

He bounced into Eskom's headquarters the other day, declared load-shedding would never return and even did a little jig, chanting: "We've won, we've won."

Then it was on to SAA and his friend Dudu Myeni to declare no one was going to mess with the airline and that he was going to get closer to the business.

By this time, Zuma had given the Constitutional Court the finger by writing non-reprimands to ministers involved in the Nkandla saga and his friends the Guptas had returned from a much-needed break in Turkey.

Meanwhile, anecdotal evidence seems to suggest, to me at least, that the ANC will survive the August 3 local government elections without losing any further major metros, Port Elizabeth included.

And, to cap it all, the debt ratings agency Moody's decided not to downgrade us. That stay of execution is due almost entirely to Finance Minister Pravin Gordhan's efforts, but Zuma was quick to embrace it as evidence of his government's alliance with business paying off.

The fact is that where he was in a corner, Zuma has found himself in political space again. The State Capture project gets another life. The cronies will be relieved and another shiver runs down the spine of the National Treasury.

And well it should. Zuma has abundant energy and he wants what he wants. Obviously you have to be careful about what will happen, but it is a fact that Gordhan was not Zuma's first choice as finance minister. He leads the National Treasury because the Des van Rooyen manoeuvre failed. But at every turn Zuma appears to undermine the work Gordhan has promised to do, and his remarks at SAA are either a fabulous political feint or spell the beginning of the end of Gordhan's brief return.

If so, it would be because Zuma has found a finance minister more closely aligned with him and who he believes he can also sell to the markets, unlike the hapless Van Rooyen. And if that is the case, that person can only be Eskom CEO Brian Molefe.

I know Molefe a bit. He is astute and aggressive and experienced. He ran debt at the Treasury for years before moving to head up the Public Investment Corporation, then becoming CEO at Transnet and then, last year, CEO at Eskom.

Whatever the merits of the arguments about how Eskom has got on top of load-shedding - weak demand or smart management - the fact is it has quickly stabilised the country's electricity supply under Molefe. He is highly competent, knows the bond markets intimately and can run large and complex organisations.

But, in private, talk persists that he is passive, if not complicit, in the face of state capture. I am not so sure, but there are worrying signs. At Transnet he seems to have at the very least found a way to accommodate the insertion of Gupta-friendly directors. Large Transnet contracts have gone the Gupta way.

The same has happened at Eskom, and the coal industry (with which Molefe began sparring while at Transnet) rages with speculation about the favours the Guptas might receive now that they have bought Optimum, a coal mine tied to a major Eskom power station in Mpumalanga.

The thing about Molefe, though, is that he really is aggressive. I just can't see him being told what to do by Atul Gupta. But look for traces of Zupta influence in the businesses he has run and they are there.

Perhaps I am chasing shadows. Perhaps Gordhan has done enough to hold the job through to the 2019 elections. Certainly, that seems to have been what Moody's was trying to achieve when it held our rating steady just over a week ago.

There is nothing to do but watch. Events move quickly and political space is ephemeral. What Zuma has today may be lost tomorrow. Or not. Our national agony probably has a way to travel yet, but take heart in this: the implausible ambitions of Baleka Mbete and, possibly, Free State premier Ace Magashule aside, no one in the ANC succession pipeline is even remotely as poor as Zuma has been. Every passing day is one less to go.