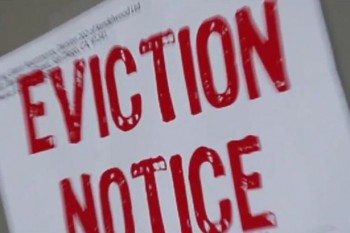 All 270 sheriffs around South Africa were put on notice this week that they will be held jointly and severally liable with the banks for unlawful evictions. This follows a sale in execution and an eviction of two property owners in Kwazulu-Natal, despite the fact both had cases for rescission of judgment filed with the High Court. Adv Douglas Shaw, who is representing the property owners, warned all sheriffs' offices around the country that evictions and auctioning of properties are unlawful where the property owner has applied to the court for an appeal or rescission of judgment.

Cases are to be filed this week against two sheriffs who allowed a sale in execution in one instance and an eviction in another to take place while there was a rescission or appeal pending. Both cases involve the sale in execution and eviction of families in Kwazulu-Natal. The first case is against Camperdown sheriff's office, and cites Sheriff S.R. Zondi and his deputy, Gift Nxumalo, "who was on location for the illegal eviction", according to a statement issued by Adv Douglas Shaw this week. The second sheriff cited was Burt Geerts, also in Kwazulu-Natal.

Adv Shaw says sheriffs are often intimidated by the banks to evict occupants once they have secured judgment in the courts, even though the owners of the property have given notice to appeal or apply for rescission of judgment. 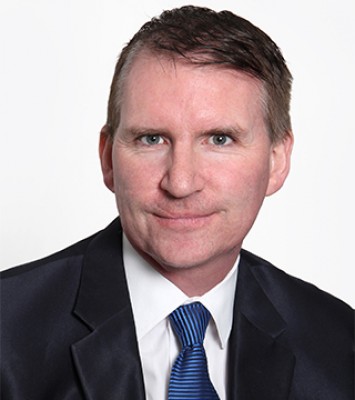 "This behaviour by the sheriffs is a serious violation of the Constitutional rights of South Africans, specifically the right not to be arbitrarily deprived of property, and secondly, the right to fair administrative justice. In both these cases, the property owners have a valid legal defence. But the banks are pushing the sheriffs to violate the law. Where an appeal or rescission of judgment application has has been lodged with the courts by the property owners, the whole legal process must be frozen," says Shaw.

This week Shaw - who is representing the two Kwazulu-Natal home owners - fired off a letter to all 270 sheriffs around the country warning them that they are in violation of the law when they auction a property where an application for rescission of judgment has been filed with the courts. He put all sheriffs on notice that they will be held liable - together with the banks - for any damages that arise from the unlawful sale in execution and eviction. He estimates the two Kwazulu-Natal cases will result in a damages claim of several hundreds of thousands of rands.

Rule 49(11) of the High Court rules states: “Where an appeal has been noted or an application for leave to appeal against or to rescind, correct, review or vary an order of a court has been made, the operation and execution of the order in question shall be suspended, pending the decision of such appeal or application, unless the court which gave such order, on the application of a party, otherwise directs.”

This rule was confirmed in the case Khoza & others v Body Corporate, [2009] JOL 24204 (W) in the Joburg High Court. The banks have attempted to rely on earlier judgments such as United Reflective Converters (Pty) Ltd v Levine to push through eviction orders even when an appeal or rescission of judgment application is underway. But Judge Notshe of the High Court made it clear the judge in the United Reflective case made an incorrect finding. In other words, evictions and other legal steps must be stopped where an appeal or rescission is underway.

In his letter to sheriffs around the country, Shaw wrote: "Sheriffs are often intimidated by banks and other creditors or at least try to cooperate with them through long dealing. However it is trite (generally accepted) law that sheriffs are not the agents of banks, but of the law. It is your job as a sheriff to make sure the law is done. What banks and their attorneys don’t tell sheriffs is that if the sheriff breaks the law in illegally auctioning a property, it is he, and not necessarily the bank that will have to pay the damages. It is the sheriff who is responsible....to refuse the bank when it asks him or her to do something illegal.

"Unfortunately, by following the instructions of a bank that may not have much concern for the sheriff in question, the sheriffs who have illegally sold properties will very likely end up having to pay damages of hundreds of thousands of rand to the house owner that has been affected – the difference between the market price and the price in execution.

"If there are problems with the format of the application for rescission then the bank’s attorneys must bring an exception or application to strike out at a court. It is not for a sheriff to decide if the rescission is valid. If there is a document that purports to be a rescission application even if not perfectly drafted, the sale must not take place.

"Sheriffs must resist pressure put on them by banks that might get them into serious trouble."