Court decision is a blow to trade union stranglehold over workers 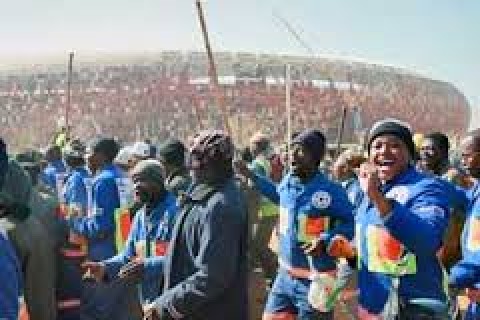 The Free Market Foundation's challenge to labour unions was heard recently in the High Court, with both sides hailing it as a victory. It's clear the Foundation has grounds to celebrate as the judge's findings will make it more difficult for the minister of labour to extend so-called Bargaining Council Agreements (BCA) to employers who fall outside the BCA system. The Foundation says this is a victory for the millions of South Africans unemployed, and for marginalised workers.


The Free Market Foundation (FMF) says it won a major victory for employers and workers last week when the Gauteng High Court found that finding that the extension of Bargaining Council Agreements (BCAs) to non-parties should not be automatic and mandatory. It is bad news for advocates of compulsion by narrow vested interest and good news for eight million destitute job seekers, thousands of small, marginal and prospective employers, and all compassionate South Africans.

"The FMF is surprised by the reaction of Cosatu, Sactwu and Numsa who regard the judgement as their victory. It is a Pyrrhic victory, one which leaves the ‘victor’ worse off. They clearly do not understand the FMF’s motives or the judgment. The ruling is a fatal blow to their view that they should have the power to force the minister to extend self-serving contracts that discriminate against their rivals and victims," said the FMF last week after the finding was handed down.

The court’s view, as argued by the FMF, is that the rights of vulnerable workers and employers, and the country as a whole, must be respected. The FMF’s objective can be achieved, without the need to change Section 32 of the Labour Relations Act (LRA), by subjecting labour law to administrative justice. In terms of the judgement, the extension of BCAs is subject to the administrative justice clause in the constitution and the Promotion of Administrative Justice Act (PAJA).

"It is now clear that extending BCAs is reviewable at three stages instead of only one as requested by the FMF. The three are a bargaining council’s request to the minister for her to extend agreements to non-parties, the minister’s view that the parties are representative, and her decision to extend if they are not.

"The FMF’s concern has always been that automatic and compulsory extension of BCAs victimises non-parties and harms the economy. The court shares this concern in a judgment that might have implications for labour relations exceeding what the FMF sought," said the FMF statement.

From the outset, parties opposed to the case sought to delay, prevent and undermine it. A Cosatu affiliate threatened blood in the streets and Cosatu itself resorted to other means of intimidation to “compel” the FMF to withdraw, including picketing FMF offices and intimidating private companies. The FMF said it hopes that misplaced enthusiasm for the judgment means that Cosatu will henceforth refrain from revealing its disrespect for the courts, due process, the constitution and the rule of law.

The FMF derives significant comfort from the judgment, even if, in technical terms, the judgment it sought was not granted. The FMF will reflect on whether it is necessary to take it on appeal to achieve greater protection for unemployed South Africans desperate for hope of a job. It remains concerned about unemployed people who lack the knowledge and resources to invoke the review options identified by the court. It should be mandatory to consider their rights without them needing to institute costly and complex legal review proceedings.

In 2013, the FMF challenged the constitutionality of section 32 of the Labour Relations Act 1995 (LRA), which forces the minister of labour to impose private bargain council agreements on non-parties. The FMF sought to change “must” to “may” to allow ministerial discretion to apply her mind to the wider socio economic circumstances prevailing in a sector.