Why the DA's move to impeach Zuma is the right thing 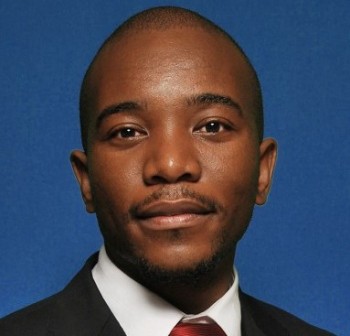 Despite the commentariat's claim that only the ANC can reform itself, the Democratic Alliance is right to ignore them and proceed to bring impeachment proceedings against President Zuma, writes Gareth van Onselen.

There's a narrative that the Democratic Alliance (DA) should not have instigated impeachment proceedings against President Jacob Zuma. The argument, articulated by some senior commentators, is all the DA would achieve would be to force the African National Congress (ANC) to unite around a beleaguered president — to "close ranks" — and, in turn, to unite a party divided.

Rather, the implication seems to be that the DA should "shut up" and leave the ANC to implode or divide of its own volition. It should quietly withdraw and help facilitate rather than hinder what is presumed to be an inevitable collapse.

The poor DA; it cannot win. It is derided 24/7 as inconsequential and ineffective in influencing the ANC, and then overnight it is miraculously transformed into an all-determining force able in a single parliamentary motion to make or break the ruling party. How convenient. Damned if it does and damned if it does not.

This isn’t political analysis, it is the ad hoc projection of the fears and desires of a group of commentators who see the world only through an ANC prism. It’s fairly childish, too. And the "argument" they proffer, whether you approach it from a principled or pragmatic perspective, rests on evidence and logic as weak as a cotton wool girder. It is wish making, is what it is.

By way of illustration, Daily Maverick journalist Ranjeni Munusamy tweeted at the DA, "And you still don’t get that all you do is keep forcing the ANC to close ranks around Zuma?"

To understand that the suggestion is based on a false assumption, one must take a step back. The DA does not stand in opposition to Zuma alone, but to the ANC in its entirety. It has no interest, like so many in SA, in "fixing the ANC from the inside". If ANC MPs rally around Zuma it demonstrates the entire party is complicit and compromised and that is the DA’s objective.

In the long term the DA wants national power, while in the short to medium term it seeks to reduce the ANC’s majority in three metros, if not unseat it. The party does not view itself as a first aid kit to help a severely wounded party find its long-lost moral conscience, it has its own.

There was the suggestion the DA, led by Mmusi Maimane (pictured left), should do something else, "think outside the box". But why? The ANC’s internal implosion is not its problem. It doesn’t owe the ANC anything. And besides, how would the Twitterati know what works or does not work for the DA? It has no data. The DA does. It, unlike the chattering classes, can at least try to base its strategy on real electoral feedback.

There is another naive assumption in all of this, that every ANC voter is available to the DA if it just does and says the right things. It’s a nonsense, of course. The ANC’s core base will never be available to the DA; it is fundamentally incompatible with the party’s worldview. On Sunday the president got a rousing reception in KwaZulu-Natal. Do you think it would be otherwise had the DA not initiated an impeachment process?

But there does exist a section of alienated ANC voters available to the party; enough, it believes, to bring about fundamental change.

Zuma is responsible for some of that alienation but by no means all of it. Certainly, if the DA wants to win those people over it has to do a lot more than simply oppose the president. In fact, it would be self-defeating to do so, because when he does go, it would no longer have a platform from which to distinguish itself from the ruling party more generally. To grow among black voters the DA must demonstrate that it is an effective alternative to the ANC as a whole.

That’s as far as strategy goes. With regards to principle it has a responsibility to the Constitution. No less than the Constitutional Court has found the president failed to uphold the Constitution, and the charter itself cites that as grounds for impeachment.

Those who argue otherwise want to have their cake and eat it. They want to evoke the power of the Constitutional Court to exert pressure on the president and, at the same time, ignore the very document that gives that court its authority. Constitutional principles cannot be selectively cherry picked and then bent to a pragmatic agenda. The DA is being entirely consistent in following its court application with a move to impeach. The one flows from the other.

You cannot argue from constitutional principles so far and no further. Well, you can, but then you undermine the principle you fought for in the first place.

In turn, the DA has a principled responsibility to its electorate, which is over 4-million strong. They have a specific expectation of the DA, based on a long-established mandate as the ostensible defenders of the Constitution. To renege on that promise has consequences too. It cannot simply be wished away.

But perhaps it is worth taking a step back further still.

Over the past few decades the ANC has had a hegemonic effect on SA. Twenty two years of governance by a single party with a large majority has left many in the country unable to imagine a world outside the party. The ANC, the alpha and omega, is the only lens through which our political universe is viewed by many. And all roads, principled and pragmatic, lead to Luthuli House.

It’s a worldview the ANC encourages. Having collectively violated the Constitution — for it is collectively culpable — it has invited the country to "consult" it about their grievances. As if the Constitution is some kind of negotiation and violation of it is a matter of perspective, detached from consequence. That disdain is evidenced by the response of parliament to: it is not accountable to the constitution, merely informed by it, at its own discretion.

One of the side effects of this is a kind of pragmatic idealism, evidenced by this expectation of the DA. Those who advocate this view have the country’s best interests at heart. They believe the ANC is held hostage by a president who has entrenched his power to such a degree even a damning judgment from the Constitutional Court can be shrugged off and ignored, or certainly from which no meaningful consequences will flow.

It is almost as if political analysis is beholden to the ANC. Trapped by it and its universe. A kind of political patriarchy.

It is for this reason so much moral virtue is bestowed on the old guard when they speak out today — people complicit in horrendous and destructive judgments, as if suddenly their facilities are restored. Make no mistake, they do not wish any scenario where the ANC is not in power. And how we pander to their retroactive wisdom.

This general view augments majoritarianism. It is wrong-headed and dangerous.

The Constitutional Court judgment, temporarily celebrated as a monumental achievement for democratic institutions before having its potency serious denuded by the president, was instantaneously forgotten as pundits demanded the official opposition, a democratic institution all of its own, abandon attempts to influence the ANC.

So, actually, we learnt nothing at all.

In 24 hours we reverted to type — only the ANC can fix itself. Majoritarianism would seem to be burnt into our conscience just as crisply as is our subconscious.

In a mature democracy it is the threat of a change in power that acts as one of the ultimate checks on abuse of power. It tells you much about how so many view both the DA and the electorate, that they regard each as little more than bit players in the national scheme of things.

There is a lot to be said about the degree to which the DA has contributed to its reputation. But the press is also to blame. If SA is a multiparty democracy it should be analysed as such and the DA is by no means inconsequential. It controls a serious number of local governments and has the potential to govern more. It is not an extension of the ANC. It is its own master, and the inability to understand or appreciate this is the consequence of little more than neglect.

Read the Sunday papers this past weekend and you would be next to unaware the official opposition had a motion to impeach, on the back of no less than the constitutional court, before parliament. How quick we are to decry the state of “democratic institutions”, how hesitant we are to view the DA as a legitimate democratic force. One doesn’t have to agree with the DA, but the constitution itself recognises the official opposition. It is a reality.

It would be unfair to suggest, strategically, the DA is without fault in this whole affair. Too many motions of no confidence and impeachment calls in the past have denuded the legitimacy of its contemporary effort. Just as no argument can be disproved on the basis of those that preceded it, so its current call cannot be dismissed in similar fashion.

The truth of the matter is, if the only argument on offer is that SA’s salvation lies in the ANC rescuing itself, we have given up on our democracy. In turn, we have stopped questioning voting and the nature of those decisions made as the real test of our democratic maturity.

Inherent to this entire affair is an attitude of victimhood and surrender. It is shameful. You can say what you want about the DA, but it saw the ANC for what it was long before anyone else did, from cadre deployment through to stopping Jacob Zuma in the first place.

Perhaps those now so wise with the benefit of hindsight should extend their frame of reference a little.