Why the Swedish economic model won't work in SA

Category Economy
Historian Johan Norberg recently explained in Johannesburg why the Swedish economic model will not work in SA. Sweden's wealth was not built on welfarism, but on a rigorous observance of free market principles, according to the Free Market Foundation. 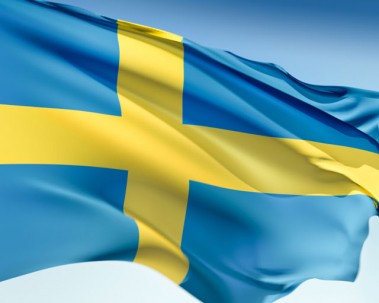 The Swedish economic miracle model is highly misleading. South Africa cannot emulate Swedish economic success just by doing what that country does now. South Africa would first have to adopt the open market and free trade policies that made Sweden rich between the period between 1850 and 1950 and thus enabled it to support socialist tendencies. This is according to Swedish national

Johan Norberg, historian of ideas, academic and documentary filmmaker, who was presented with the Free Market Foundation’s (FMF) 8th Luminary Award at a ceremony in Johannesburg on 3 March.

The FMF bestows the Luminary Award in recognition of inspirational individuals who have made an outstanding contribution to the principles of economic freedom and set an example to others.
Sweden enjoys almost mythical status for the economic success of its “third way” economic model which sees one of the world’s iconic welfare states having one of the most capitalist economies.

Norberg told us, however, that Swedish wealth was not built under social democracy but on a competitive market economy. He disputes the idea that Sweden’s success was due to the 20 year socialist policy experiment adopted in 1970.

“Sweden, already one of the world’s richest countries, went into decline during this period and started lagging behind European and other global competitors. Not a single new job was created in the private sector. From being the 4th richest country in the world, it fell to 14th. Only one large private company was founded between 1970 and 2000. Real wages fell between 1975 and 1995 but then increased by almost 70% once the socialist policy experiment collapsed due to a debt and inflation fuelled boom in the late eighties.” Norberg quoted the Social Democratic Minister of Finance 1983-90, Kjell-Olof Feldt, who said that government policies were unsustainable, absurd and the tax system perverse.

According to Norberg, South Africa and other countries could not simply adopt the Swedish model without having three of the critical preconditions that prevail in Sweden. These are: an open competitive economy; a tradition of trust and confidence in government and institutions; and, critically important, a Lutheran work ethic with an attitude of not taking money from the state if not entitled. “Without these pre-existing values, Sweden would not have achieved its economic success. Trust and national cohesion creates the successful welfare state - not the other way round,” said Norberg.

Another important factor was that, at the time, Sweden had an homogenous population with similar faith, beliefs and education. Mass immigration and a new generation with different attitudes and values are eroding the traditional national work ethic.

Today, Sweden is again seen as a successful economy but this is as a result of a new reform period brought in after 1990, with deregulation, reduced welfare benefits, a national school voucher system, partially privatized pensions, reduced taxes overall and the abolition of property tax and inheritance tax. Free trade is promoted. Even the socialists and trade unions agree that free trade is necessary for jobs and growth.

Sweden’s success and its ability to maintain a significant welfare state and a capitalist economy come at a cost. “It is brutal with the poor and middle classes shouldering much of the burden in taxes.

The government view is that taxing business and rich individuals highly is counterproductive and risks their exodus, removing wealth and jobs,” said Norberg. “The welfare state is paid for by the middle and lower classes not the rich. Individuals pay for their benefits themselves through taxes. Today, taxes stand at 45% of GDP and VAT is 25%, higher than most developed countries.”
During the anti-apartheid movement, South Africa received proportionately more support from Sweden than from any other country.