The fall of Zuma and the Guptas 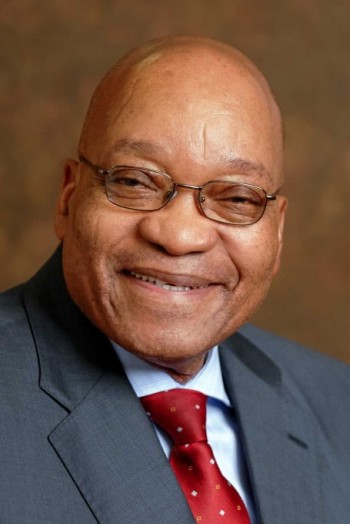 Revelations that the wealthy Gupta family have been offering ministerial posts to ANC members has shaken the political establishment to its core. It's clear that President Zuma's days are numbered - and with him will go the shadowy influence of the Guptas.

The role of the Guptas in SA’s political life has long been a matter of speculation in SA, but now the first buds of proof have shot through the darkness:  deputy finance minister Mcebisi Jonas this week announced that members of the Gupta family had offered him the position of finance minister before Nhlanhla Nene was axed late last year.

"Members of the Gupta family offered me the position of minister of finance to replace then minister Nene, I rejected this out of hand. The basis of my rejection of the offer is that it makes a mockery of our constitution and hard-earned democracy," said Jonas. "No one apart from the president appoints ministers."

Zuma’s days are clearly numbered. As we previously disclosed in BusIntel, the cost of Zuma’s firing of Nene as finance minister – measured in higher borrowing costs on the bond market – is about R30m a day.

So here we have an obscenely wealthy Indian family offering key political posts to favoured individuals. Jonas did not take the bait. Others in the ANC are now quick to distance themselves. ANC secretary-general Gwede Mantashe warns the SA risks becoming a "mafia state" if it can be so thoroughly captured by oligarchs such as the Guptas.

The Democratic Alliance has said it will lay charges against the Gupta family over Jonas’ admission that he had been offered the finance ministry. The Economic Freedom Fighters have Zuma firmly in their sights with the “Zupta must fall” campaign.

According to Business Day, DA finance spokesman David Maynier urged Mr Jonas to reveal further information about the meeting, including the names of the family members who made the offer. Mr Maynier also wanted to know whether the offer came with "conditions" as reported by the Sunday Times, including that he support the nuclear build programme and purge senior officials.

Maynier said in confirming that the Gupta family had offered him the post, Mr Jonas had admitted he was offered "gratification" in terms of the Prevention of Corrupt Activities Act.

"This, in our view, amounts to prima facie evidence of corrupt activities. I will therefore lay charges against Atul Gupta, Ajay Gupta, Duduzane Zuma and any other persons who were present at the time the offer was made. I will lay these charges in terms of Section 4 of the Prevention of Corrupt Activities Act (No 12 of 2004) so that this matter can be fully investigated," Maynier said.

This is clearly the beginning of the end of the Guptas’ shadowy influence over SA’s political life. It also looks like the end of the road for Zuma. It was speculated after the “three finance ministers in a week” fiasco that the ANC would have to find an elegant exit for Zuma by mid-2016. The question is: will he last that long?

Another key question, according to former Rand Daily Mail editor Allister Sparks, is who will succeed Zuma when he shuffles off?

Previously it was a choice between deputy president Cyril Ramaphosa and Zuma’s former wife, Nkosazana Dlamini-Zuma.

“But now the name of Kgalema Motlanthe has resurfaced, apparently favoured by the Gauteng branch of the African National Congress (ANC),” says Sparks.

“It is an intriguing development, for three years ago, Motlanthe ran against Zuma for the ANC presidency. Had the ANC voted for him then, he would have been president of the country now and we wouldn’t be in the mess we find ourselves.

“By the time that choice was made, Zuma had already revealed his incompetence and his corruption, while Motlanthe had shown himself capable of healing the country as stand-in president after the clumsy recalling of former president Thabo Mbeki.”

We all know what happened next: the ANC stood by Zuma, a master of manipulation and former ANC intelligence boss with plenty of the dirt on his colleagues. When Zuma, prior to becoming president, was under threat of prosecution for corruption, he threatened to spill the beans on all and sundry, effectively burning the village to save it. He has all the dope on who slept with whom in the ANC (and perhaps outside the ANC), who had a drug or alcohol problem, and who pilfered the petty cash box.

Zuma dragged his soggy past into the office of the presidency and despoiled it with an elaborate system of patronage and pay-offs. In so doing he has dragged the country to its current impasse, where our debt is about to be relegated to junk. Our currency is already well on its way there.

So Motlanthe waits patiently in the ante room, ready to receive his call to duty. He will have a tough job ahead of him. As Sparks points out, it is not enough to change the top position in the country – though this would be a good start.

“...seven years of Zuma has done too much structural damage to our institutions to allow for any quick-fix,” says Sparks.

“A major restructuring job will await our next president, and it will be a delicate and politically difficult job.

“The political cronies who are obstructing development because of their incompetence and indifference will have to be weeded out and replaced by people who can do the job efficiently.

“We have competent people aplenty in our society, but they have been kept out of the important jobs, because they haven’t been part of the patronage game.

“It has been a game of cronyism, and it has infected a large part of our public service. Dismantling that will be a tricky political task and will take time.”

We may be entering a new era of rule by coalition as the ANC’s collapse may not allow it to rule with an outright majority as it has done for the last 20 years. There is a very real chance that Gauteng will slip out of the ANC’s control in the upcoming local elections, and the same might follow at a national level on three years. Or perhaps someone of the calibre of Motlanthe might be able to shake the tree hard enough for the rotten fruit to come tumbling out, and so allow the ANC time to regain some of the purity and honesty with which it was formed over 100 years ago.