Memo to Moodys: Zuma is the cause of our demise

Category Politics
Dear Moodys, before you downgrade SA to junk status, give us a few more months to get rid of the cause of all our troubles - Jacob Zuma. Once that happens, South Africa's resurgence can begin, writes Wayne Duvenage, head of the Organisation Undoing Tax Abuse (Outa), in the Daily Maverick. 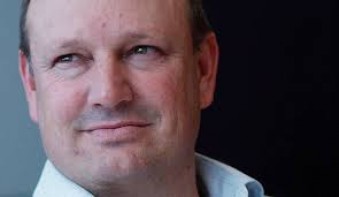 There is no denying the glaring facts that signify the call for South Africa’s junk status rating. The symptoms are all too clear, declining business and investor confidence being the obvious one, underpinned by other declining performance indicators and a worrying reluctance by the government for swift and necessary structural reform. However, millions of South African’s implore you to hold off for a few months before you pull that fateful ‘downgrade’ trigger.

A few more months is needed for clearer signs of courageous leadership decisions within the ruling party. Decisions that could set the scene for President Jacob Zuma's exit. He is, after all, the one person that society at large, both here and abroad, have fingered as the ultimate cause of our dire situation. The common view is clear — even by many within the ANC — that Zuma’s removal will spark a turnaround of South Africa’s balance sheet.

Notwithstanding the rising risks on a global front (on which our current ruling elite continue to blame our plight), we believe the broader electoral populace within South Africa is more enlightened and aware today of the root causes of our situation. Our appalling state of affairs is driven by incompetence, poor governance and corruption that permeates our governing leadership. A government that displays scant regard to arresting the plundering of our state’s coffers.

There is a local election on the horizon that may signal a general awareness and need for change. We believe the people will no longer tolerate the trade-off of relentless deplorable service delivery, for a one-day dose of chicken and T-Shirts. This enlightening event will happen in a few precious month’s time.

We understand that the obvious need for a credit rating decision cannot be ignored or delayed for much longer. The main source of our plight has its central pivot at the head of government. He is after all the one who has displayed acute adeptness at appointing each strategic head, to ensure that; (a) he stays out of the courts and (b) that his connected networks can ply their extractive conduct throughout many a state-owned institution.

We are pleased that you have sent a clear message for a clean-up within our dismal state-owned entities. Hear hear, we add, but as you we know that will not happen while Number One remains ensconced. We trust that you have noticed a heightened level of active citizenry in South Africa. One that has become more enlightened to the corruption mechanisms that thrive within our State-Owned Entities (SOEs) — more specifically the larger ones of Eskom, Sanral, Transnet, Prasa and SAA.

Blind eyes are no longer being turned to the unacceptable and unnecessary bailouts and exorbitant tariff increases. Our citizens are manning up and have already displayed civil courage by participating in the nation’s biggest tax revolt in our new democracy, which has caused the demise of the government’s irrational road toll/tax scheme. Additionally, the students’ FeesMustFall campaign successfully summonsed the ruling elite to their court for a dressing-down. And oblige they did. The manning up is well under way.

The public are a lot wiser to the numerous (albeit cleverly introduced) extractive schemes of corruption, which enable the channelling of money to connected entities via expensive capital expenditure projects. It is no longer a secret that virtually every state-controlled, big capital expenditure project ends up costing the South Africa taxpayer much, much more than they ought to. Thankfully, more manning up by brave whistleblowers is exposing the modus operandi of these brazen corrupt practices. We hope you are encouraged, as we are.

We worry no longer that the government has stifled our public protector. Civil courage, combined with social media, a strong Constitution and sound justice system are all we need to turn the tide on corruption.

A few months more is all we ask, as we witness the tide turning against one man who is fighting to stay in power at all costs. But he and the rest of society are well aware that this situation is unsustainable. And we are all acutely mindful that his departure will trigger a loss of the power and control he come to enjoy, but also one that he has come to fear. For his dissipated power may activate tribunal after tribunal, to hold him and the many now ensconsed within his web accountable for their actions for years to come. Or will society settle for a safe exit passage, followed by a corruption truth and reconciliation amnesty process. Time will tell.

Just a few more months please, to spur on our new/old Minister of Finance to take the courageous and bold steps that he knows he can and must take. To act faster in setting up the massive anti-corruption structures that will accelerate the clean-up, with the willing and helpful aid of an empowered civil society.

It is our sincere belief — or maybe a wishful thinking — that a core of a courageous elite exists within the ruling party, sufficient and aware enough of the hard choices that need to be made. The collective call is too loud for them to ignore — either he goes, or our nation will go. The latter is not negotiable, and we hope their civil courage will ring home as they put their country ahead of party politics. This may all take a couple more months to unfold before we find out.

Hang in there Moody’s, hang in there. The light doth glimmer at the end of this tunnel. We hope it’s not your train.