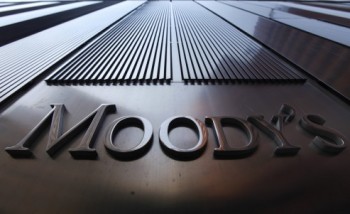 Given the rash of revelations of SA's "capture" by the Guptas, the disastrous hiring and firing in the finance ministry, and the "nothing going on here" attitude of the ANC, a ratings downgrade seems inevitable. The smugness of the ruling party in the face of disaster is reminiscent of the dying years of the National Party. City Press reports on the likely verdict of the ratings agencies on SA.

The final straw that could see one of the world’s most influential ratings agencies downgrade South Africa’s credit rating could be the ongoing fracas at the finance ministry, the custodian of state finances.

Moody’s Investors Service analysts this week visited the country to meet major players, including business, government and labour, after the agency placed South Africa’s rating on review for a downgrade earlier in the month.

The finance ministry has been under severe scrutiny since President Jacob Zuma fired Nhlanhla Nene as the minister in December, without giving reasons when the move was announced.

The agency placed the local rating on review due to the risk to local growth, with Moody’s forecasting just 0.5% growth this year, despite the tougher fiscal stance Finance Minister Pravin Gordhan took in his budget speech last month.

On Monday, Gordhan returned to South Africa after an international road show to London, New York and Boston in an effort to avoid any further downgrade of South Africa’s credit rating.

Gordhan has also been at war with a key police unit, the Directorate for Priority Crime Investigation, AKA the Hawks, over an alleged “rogue unit” that he oversaw when he was head of the SA Revenue Service (Sars).

He is at odds with the incumbent Sars commissioner, Tom Moyane, over the same unit and restructuring moves at Sars, which Gordhan has told Moyane to halt.

“Investors and the ratings agencies are observing every development with a keen eye,” warned Gordhan.

Standard & Poor’s (S&P) and Fitch Ratings are also expected to review their assessments of South Africa’s ability to repay its debt later this year.

Gordhan this week ignored a second deadline to answer 27 questions from the Hawks regarding the “rogue unit”.

“The deadline imposed is not achievable, given the road show I was undertaking,” he said.

A Johannesburg currency trader said that these shenanigans had helped put the rand on the back foot earlier in the week, when the local unit had traded between R15.50 and R16.25 against the US dollar. “The rating is inevitably going to be downgraded,” he added.

National Treasury was again at the centre of attention for the wrong reasons this week when Deputy Finance Minister Mcebisi Jonas said that the Guptas, who are close allies of Zuma, last year personally offered him the position of finance minster at the time that Nene held the post.

However, Jonas said he rejected the offer.

Iraj Abedian, Pan African Investment & Research chief economist, said: “The impact of the fight between Gordhan, Moyane and the Hawks is destabilising, and it will be negative for the country.

“It is inexplicable that, on top of that, you have Jonas coming out about the offer of the job, and not only him – we know of others who have come out.

“Moody’s will have an easy job to downgrade South Africa due to these events because it says the president’s political responsibility has been captured and investors will not trust that type of country,” added Abedian.

Johannes Khosa, a Nedbank economist, said: “Business confidence has declined recently due to the political instability. The battle between Sars and National Treasury is negative for investors and business.

“We’ve seen the rand taking a big knock and investors are reluctant to put their money in a country with such political instability.

“The revelations by Jonas and the fight between Sars and National Treasury are an indication of instability...It doesn’t create a good impression on ratings agencies or investors. They would mark us down, unfortunately.”

These events have come at a time when South African business confidence was already at a low level.

A survey by the SA Chamber of Commerce and Industry indicated that the local business confidence index had inched up to 80.1 in February from 80.0 in January, but remained close to 23-year lows.

Noelani King Conradie, managing director at NKC African Economics, said there was a high possibility that all three major rating agencies could downgrade South Africa’s credit rating due to the events continuing to plague Treasury.

“The ANC would need to act extremely firmly. Nothing stops Moody’s from making their assessments of South Africa earlier than expected. At the moment, there is a high possibility that all three agencies will put us on junk status, although Moody’s will downgrade by one notch, above junk – the other two agencies [S&P and Fitch] will take us to junk,” she added.

“The overall impression from investors is negative ... These events have deepened investor uncertainty about the country’s economic policy,” said Conradie.

Kirsten Knight, a Moody’s spokesperson, declined to provide detail on the Moody’s trip.

Business Unity SA (Busa) CEO Khanyisile Kweyama said that Busa chairperson Jabu Mabuza, as well as representatives of the JSE, the Chamber of Mines, the Banking Association, company CEOs and trade unions met at the JSE for two hours on Friday.

Cas Coovadia, managing director of the Banking Association of SA, and Chamber of Mines chief executive Roger Baxter both declined to comment about the meeting.

“The general thrust of the meeting was what difference the initiatives that have been put in place will make,” added Kweyama.

Mabuza and Gordhan are co-chairing a joint government and business working group to put in place measures to avoid a credit downgrade.

“They pushed the issue about the local politics,” she said, especially in the light of Jonas’ disclosure this week.

Moody’s met with Treasury on Thursday and usually met with representatives of the SA Reserve Bank, added Kweyama.

Spokesperson for Treasury Phumza Macanda had not responded to questions regarding the Moody’s trip at the time of going to press.

Bulelwa Boqwana, chief of staff at the Reserve Bank, said the bank’s representatives met Moody’s analysts on Thursday soon after governor Lesetja Kganyago briefed the country on the decision to increase interest rates by 25 basis points.

“The meeting came at a very opportune time, when we had just announced the interest rate decision and it was easy to articulate how we got to that decision – because we had just done an assessment.

“They were interested in the country’s monetary policy and the meeting went well. They could understand the rationale behind the interest rate hike and they asked monetary policy-related questions, which forms part of their assessment. They wanted to know the external factors affecting inflation and we told them our concerns, which we had articulated regarding inflation and the exchange rate,” said Boqwana.

Asked what impression the central bank left on Moody’s, Boqwana said: “I can’t say what impressions we left them with; it’s not for us to say, but our statement was well received by the markets if you saw how the rand reacted.”

Joseph Maqhekeni, president of the National Council of Trade Unions, was set to meet with the Moody’s team on Friday afternoon for a second time following their meeting in London, where he accompanied Gordhan on his road show.

Maqhekeni said: “We will tell Moody’s again that the labour issues in this country do not paint the country in a bad light. We said the labour laws of this country are very flexible...We also told them that we are not in support of violent strikes and support any moves to end such kinds of strike action.”