You can get fired for racist or offensive social media posts

Category Social Media
Employees should ralise that they can be dismissed for offensive or racist social media remarks. Nothing posted in this digital age is considered private or irrelevant, according to Werksmans Attorneys. 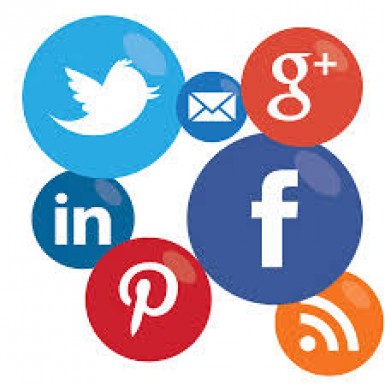 An employer can dismiss a worker for inappropriate, insensitive and racist content posted on social media, even if it does not have anything to do with the employer or company, according to Werksmans Attorneys.

Company director Bradley Workman Davies explained that this was because companies could face a backlash from customers, prospective customers and other stakeholders because of association, through the employment relationship, with the social media content of employees.

“As such, employers are entitled to be concerned about and to take action for inappropriate content posted by employees, as this has a potential to harm the business of the employer,” Davies said.

“Equally, employees should realise that in the digital age, with regards to the employment relationship, nothing posted publicly is private or irrelevant,” he added.

In recent weeks, several incidents made headlines when employees were fired or suspended for their social media posts, which employers deemed inappropriate, insensitive or racist.

One of the more prominent incidents was that of media personality Gareth Cliff who was booted off the Idols show for tweeting on freedom of speech during the Penny Sparrow race debacle.

Cliff had tweeted that people did not really understand freedom of speech, which led people to assume that he supported Sparrow’s right to label black beachgoers as monkeys.

Cliff lodged an urgent application in the High Court in Johannesburg and on Friday M-Net was ordered to re-instate him.

After receiving backlash on social media, he issued a public apology to the minister.

Action against an employee did not necessarily happen because of a breach of contract through their conduct, but because the employment relationship was based on trust. It could also be based on the broader category where the conduct could be seen to have the intention or effect of breaking the trust relationship between the two parties.

Davies explained that employers always had to afford the employee the right to make representations as to whether they were guilty before taking a decision on what action, if any, would be taken against an employee.

Davies said an employee’s social conduct outside of the workplace could also have an impact on the working relationship.

“This is a recognised principle of South African labour relations, which was acknowledged even under previous iterations of the Labour Relations Act (the 1954 Labour Relations Act, replaced in 1995), and applied by the Industrial Court historically.”

Davies used the example of an employee of Nehawu who was fired after being found guilty of misconduct after he consumed alcohol after hours while at a union congress.

“In this case, the adjudicator found that ’employees are considered to be employees 24 hours out of 24 hours at a congress’ and therefore, after hours consumption was as good as consumption during working hours.”

In another incident, an employer chose to fire colleagues who had had a fight outside of working hours.

“[This] resulted in a strained working relationship and the inability of a continued employment relationship,” Davies said.

He explained that the employment relationship was based on an inherent basis of trust and good faith and any action which caused a break in that relationship could justify the dismissal of the employee.

The same applied when an employee made a direct reference to his employer or colleague on a social media post.

Davies highlighted that the constitutional right to freedom of expression was not absolute. It was limited by Section 36 of the Constitution.

“It is important that when a person exercises the said right, she does not encroach on other person’s rights,” he said.