The case for less rather than more regulation of financial services

The government is intent on micro-managing the financial serices sector with layer upon layer of regulation. Now it is the turn of insurers. New regulation will be dumped on the sector despite evidence that customers are on the whole rather satisfied, writes independent consultant Gerrit Sandrock. 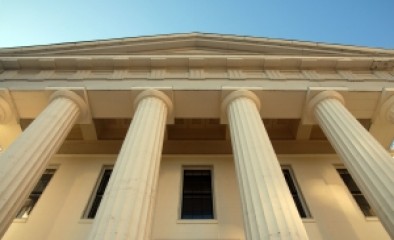 If one is to believe the narrative being used by the Treasury to justify the gross extension of state machinery into the regulation of banks and insurers, the financial services industry is a particularly odious bunch of shysters. Anecdotes are provided in support of this approach, telling stories of fictional characters and the financial hardship they have suffered or may suffer at the hands of this loathsome ensemble.

The Treasury and the Financial Services Board, as part of the so-called twin peaks approach to regulation of financial services, have promised more intrusive, invasive and "pre-emptive" regulation of banks and insurers. They plan, inter alia, to determine not only the way in which financial products are sold, but also to control the benefits offered, the pricing thereof, the remuneration paid for distribution and the structure of distribution models, to name but a few areas of their intended interloping.

The snag though, is that there is simply no empirical evidence to support the allegations of malpractice that apparently demand all this costly bureaucratic intervention. In the absence of valid and independent research on customer-satisfaction and outcomes, it is impossible to validate the assertions of malfeasance. SA does not, for example, enjoy the equivalent of the US’s JD Powers surveys, which regularly determine which insurers are achieving the highest (or lowest) customer-satisfaction ratings.

As the "handmaiden of commerce", the South African insurance industry is critical to the national economy. No commercial transaction of significance can take place today without the presence of insurance. Moreover, the long-term insurance industry pumps more than R1.5bn into the economy every working day in claims settlements. It also has more than R2.2bn invested in vital wealth-generating elements of the economy.

Insurance continues to grow, often faster than inflation in financial terms, and faster than the employed population in policyholder terms.

If abusive practices exist, customers would cease to buy, and clearly they are not.

Whatever the case, can we really afford to have bureaucrats meddling in this, especially at this stage of such great loss of confidence in them? They suggest that the intrusive new level of control by public servants is absolutely essential to prevent another financial crisis such as 2008, a "crisis" with which the insurance industry had absolutely nothing to do whatsoever.

In the recent Retail Distribution Review, the extent and depth of their intended intercessions in the financial services industry, insurance in particular, is spelled out in detail. Apparently, all of this enthusiasm for control of the industry is essential to ensure malpractices resulting in ongoing poor consumer outcomes, chronic mis-selling, and subsequent hardship for consumers are stopped.

Apart from failing to provide any hard evidence, no mention has been made of the fact that the British government is in the process of reviewing its own review document, the source of the Treasury’s enchantment.

Reports from the insurance ombudsmen show a declining ratio of complaints relative to total policies in force, with fewer than three short-term insurance complaints per 1,000 submitted claims. Of this 0.3% of complaints, the ombudsman found insurers made incorrect decisions in fewer than a third (less than 0.1%) of cases. This represents less than 0.035% of all policyholders. In the absence of any data to the contrary, the only conclusion is that the industry is generally fulfilling its promises and that customers are, on the whole, satisfied.

Certainly, there is not enough hard data to justify the extreme measures the state is now proposing. The proposed power grab by the state will cost consumers dearly and feed an even more bloated and unaccountable bureaucracy. The nonexistence of any real data on customer satisfaction or otherwise is harming the industry, which needs to tackle this. What is needed is independently verified empirical research data. Depending on the results, industry and regulators could thereafter agree on any significant issues that need to be tackled, and on a plan of prioritised remedial action dictated by the data. Without it, we cannot go a step further.

•  Sandrock is an independent consultant to the short-term insurance industry. This article first appeared in Business Day.