Category Education
An examination of matric results by the Institute of Race Relations shows whites scoring higher marks than other race groups. This suggests not nearly enough has been done to deliver quality education to black South Africans, according to the Institute. 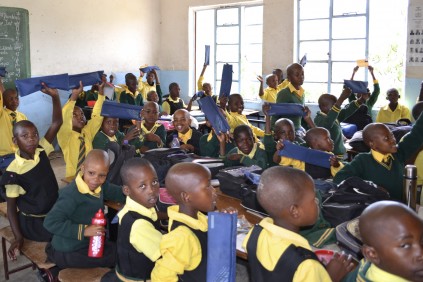 The 2016 South Africa Survey published by the Institute of Race Relations (IRR) this month has found deep-seated racial and social inequalities in South Africa’s matric results.

According to the CEO of the IRR, Dr Frans Cronjé, “the data reveals that 20 years into our democracy not nearly enough has been done to deliver high-quality education to black people”. The IRR report also broke down levels of educational achievement by living standards quintile. The data showed strong correlations between living standards and educational outcomes.

For example, in the poorest quintile, only 5.9% of candidates passed mathematics in matric with a grade of 60% of higher. In the wealthiest quintile, the figure was 23.3%. Dr Cronjé said: “The quality of mathematics education generally is very poor in South Africa despite the fact that the economy is transitioning away from less-skilled primary and secondary industries towards the more highlyskilled tertiary sector.

This will continue to depress economic growth levels and job creation while hobbling any expansion of the middle class. South African policy makers must also be careful that other African economies do not become preferred destinations for high-tech and high-skilled investment.” He added that “the IRR has made several proposals on how to improve the quality of schooling in South Africa – especially via voucher systems and contract schooling – but to date policy makers seem intent to persist with a model of State-led schooling that is failing”.