Category Labour
The Free Market Foundation won a major victory in the Pretoria High Court this week when Judge John Murphy intervened, effectively declaring that bargaining council agreements must be subject to judicial review. This, says, the FMF, is a major victory for labour freedom and the unemployed. 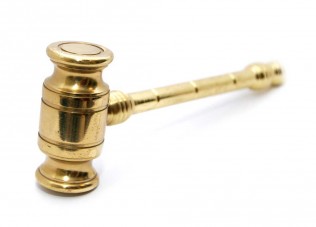 The Free Market Foundation (FMF) says it is "surprised but delighted" by the extraordinary developments that took place in the Pretoria High Court on Monday 22 February when the FMF’s constitutional challenge was heard before a full bench of three judges and a packed court.

Early in proceedings Judge John Murphy threw the court into confusion when he said that the bench’s prima facie view was that an extension to a bargaining council agreement by a minister was an administrative act that was subject to Promotion of Administrative Justice Act (PAJA) and Section 33 of the constitution. It therefore had to be fair and reasonable, and subject to Audi (to be heard) by non-parties which includes unemployed citizens and others.

What this means is that even before a bargaining council can approach the minister for an extension, the agreement must go through a full judicial review process to prove that all necessary consultation and thought given to the wider socioeconomic circumstances has taken place.

This argument, like the FMF’s request for an amendment, has the power to fundamentally change the face of bargaining council negotiations and resulting agreements for the good of South Africa’s labour relations and for the plight of the unemployed and the small businesses that seek to hire them.

FMF executive director Leon Louw said, “The alternative argument put forward by the bench took all parties by surprise but would certainly be acceptable to us as we would get more than we asked. Either way, we win. The effect is the same in that extensions to bargaining council agreements must be subject to proper scrutiny, considered thought and due process. No longer can private parties in the bargaining councils compel the minister to extend the agreement without applying her mind. We still believe that the simplest way of achieving this is to change one word from ‘must’ to ‘may’.

However, if the court finds that all agreements and the request to extend and the ministerial action or even one of these three actions is subject to judicial review then we have achieved our objective. The 8.3 million unemployed South Africans on whose behalf we brought this case will have won, not just the FMF.”

All of the opposing counsel appeared to accept Judge Murphy’s alternative argument and struggled to put forward convincing cases after the early bombshell. Subsequent efforts to raise technicalities were not persuasive.

Judge Murphy also made the point that extension of bargaining council agreement may be a violation of the rule of law requirement of Section 1 of the Constitution because they are law made by private people instead of legislators.

The FMF has never sought to undermine collective bargaining or remove extensions entirely. This notion was propagated by unions and bargaining councils in an attempt to derail the FMF’s principle point and the premise of the case which is to give the minister of labour discretion in extending agreements and the power to apply her mind.

Counsel for the FMF made the point that prior to the 1995 Act, this discretion existed. The LRA then remove a minister’s right to think for his or herself by inserting the word “must”.

This landmark case ended early after Mr Brassey gave a forcible response saying the court had made a judgment that either PAJA applied in full or that the court would find for the FMF’s amendment. The decision has to go one way or the other with no room for doubt. He also said that although the FMF accepted the bench’s perspective, it would not abandon its original relief sought in its founding papers.