Category E-tolls
A new study shows that the SA National Roads Agency (Sanral) overpaid by R10bn or 321% when compared with other roads projects completed around the world. There is something grossly wrong with Sanral's road construction, for which Gauteng motorists are being repeatedly flogged, according to the Organisation Undoing Tax Abuse (OUTA). 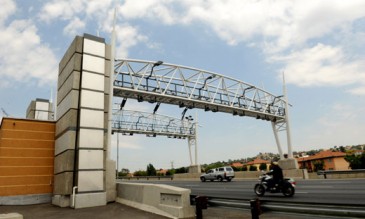 Following years of questioning the seemingly high costs of the Gauteng Freeway Improvement Project (GFIP), SANRAL has continuously fobbed this matter off as a non-issue.

Recently, when OUTA announced it was putting the finishing touches to its research and position paper (revealed today – 22 February 2016 click here), on the benchmarks and comparisons of the GFIP project to road construction pricing around the world, SANRAL’s spokesman, Mr Vusi Mona remarked “there is no unit cost for road construction that was an international benchmark that SANRAL was aware of.”

“That might be true in the strictest sense of the interpretation, as we imagine there is no strict pricelist or benchmark for any industry on a world-wide basis,” says Wayne Duvenage, the Chairman of the Organisation Undoing Tax Abuse (OUTA), “we do however maintain that there are a number international benchmark case studies from which SANRAL can glean a good understanding of where they rank in the space of road construction costs, and if they did so, as we have done in our research, they will find that the prices they are paying for road construction in South Africa, if GFIP is anything to go by, is grossly overstated.”

OUTA’s research and position paper found eleven case studies from which to benchmark and compare Sanral’s GFIP costs. Below is an indication of five of these which contain extensive road construction cost input and analysis totaling several hundred projects around the world. These are just five of eleven case studies which OUTA has listed in a 26-page research position paper, which has culminated in their findings that the South African public have been grossly overcharged for the Gauteng Freeway upgrade (2008 to 2011) by an average of 321%

“The research went to lengths to ensure that we compared like with like,” says Duvenage. We factored in conversions from miles to kilometers and applied the Rand exchange rates applicable in 2010 (when the bulk of the GFIP project was nearing completion). We also added in year on year inflation rates at 7% and ensured that we converted all studies in lane kilometer widths to that of a ‘Centerline’ length per kilometer costs and reflected the average number of lanes on the GFIP project to 9 lanes.  We also only compared the pure road construction cost elements of GFIP, leaving out the costs associated and estimated to the GFIP interchanges, median lighting and bridgework, so as to ensure the exercises was a close to the actual GFIP project as we could possibly get.

The research shows that in every instance of benchmarking, the GFIP project at R17,9 billion for the road only (excluding the tolling related expenditure) has been overcharged by between 136% (the lowest differential comparison to the Idaho Department of Transport report) and 832% being the highest differential to the GFIP cost – being a comparison to the Trans-Kalahari road project in Namibia .
When comparing SANRAL’s GFIP pricing with the average per kilometer pricing of these 11 case studies, we see that SANRAL have overpaid by 321%.

“This research and position paper tells us there is something grossly wrong with the cost of road construction under SANRAL’s watch,” says Duvenage. The summary table below, gives the range of the variances, on a cost per kilometer basis per study, in which the cost associated with the most likely similar project listed in each case. It is also important to note that most of the GFIP projects 9 lane width average, was the skimming and resurfacing of an existing (well maintained) road surface, whereas, many of these comparisons were to new road construction, which is substantially more expensive.

OUTA’s own research and assessment has generously pitched the GFIP cost at being no higher than R7 billion rand, which is lower than the earlier estimation of the project in 2015 at R18.8bn, now that more information has come to light. According to OUTA’s new estimates, SANRAL’s price tag of R17,9bn was an over-payment of R10,8bn, ie 152%.
In OUTA’s opinion, the outcome of this research has three serious consequences for SANRAL; On the basis of this research (the paper is available on OUTA’s web site at www.outa.co.za), OUTA is calling on the Minister of Transport to consider the following actions:- Click here to download the research paper.