Category Budget
Opposition parties were less than enamoured with much of what finance minister Pravin Gordhan announced in his latest budget today. Here we take a look at some of the reaction from Grant Thornton executives. 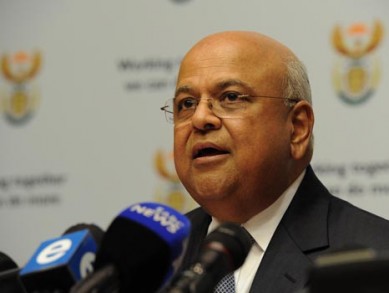 GENERAL Comments:
“A key positive was that no hike in personal tax rates was announced while inflation relief of R5,5 billion for individual tax payers is also to be welcomed.  However capital gains taxes have increased and time will tell whether the proposed reduction in the deficit from 3,9 % to 3,2 % should be sufficient to avoid a debt ratings downgrade.  Rationalisation of State-Owned-Entities together with more public private partnerships with SOEs should be welcomed. The cut of state expenditure of R25 billion over the next three years should be welcomed as this will help to achieve a reduced budget deficit as part of Treasury’s aim to cut the deficit to 2,4 % within three years.”
Chris Smith, Director: Tax at Grant Thornton

“We applaud the Minister because he clearly addressed some of the broader principles of the NDP.  The Minister discussed a programme of inclusive growth in the beginning of his address and how we would need to work with people around our borders and to improve border management.  This is welcomed and it is most definitely an input towards a plan of a strong, increased economy.”
Terry Ramabulana, Director: Strategic Initiatives & Innovation at Grant Thornton

On ECONOMIC GROWTH and credit rating:
“Moody’s, Fitch and S&P rating agencies has recently downgraded the government’s debt rating close to a ‘junk status’.  The key drivers of the downgrade include poor medium-term economic growth prospects (including electricity supply constraints), low investor confidence and the rise in the government debt-to-GDP ratio.  We are confident that the Minister’s prioritisation of economic growth and increasing the pace of fiscal consolidation, thereby reducing the budget deficit by 2018 to 2.4 per cent debt-to-GDP ratio will yield positive results.  We are pleased that the Minister has also announced the cutting of expenditure over the next three years to R25 billion.   Converting the National Development Plan (NDP) into true practise will indeed improve our economic growth in the medium term.”
Kaya Mfono, Associate Director: Public Sector Advisory at Grant Thornton

On Procurement:
“We applaud the Minister for coming up with a target that the chief procurement officer must reach i.e. to reach R25bn in savings in the next three years. This will properly curb corruption in the years ahead.”
Terry Ramabulana, Director: Strategic Initiatives & Innovation at Grant Thornton

“We welcome the policy reform of utilising the Central Supplier Database under the Office of the Chief Procurement Officer at National Treasury as the only media platform to advertise tenders rather than the current situation where tenders are published in various newspapers.  This will save the cost of doing business for private sector and improve fairness and competitiveness.”
Kaya Mfono, Associate Director: Public Sector Advisory at Grant Thornton

“It is laudable that the finance minister announced measures to ensure value for money on government procurement through review of all procurement above R10 million. We await further details on how this will be implemented and at what stage of procurement this will be done. If this has to be done before the inception of projects, there is a risk that this may have the unintended consequence of significantly delaying the rollout of programmes and thereby negatively affecting service delivery.”
Cashmore Muchaonyerwa, Director: Advisory Services at Grant Thornton

On public sector EXPENDITURE / cost containment:
“We are extremely pleased by the Minister’s pronouncement that if the economic growth is stagnant, equally so the expenditure of public sector should not expand while cost containment measures should be applied.  This is fundamentally a continuity of the fiscal policy stance which the former Minister Nene articulated in the 2015 Medium Term Budget Policy Statement (MTBPS) in October 2015.  Without this fiscal principle, the state debt-to-GDP ratio will grow to unmanageable levels and so we applaud the Minister for his re-emphasis here, today.”
Kaya Mfono, Associate Director: Public Sector Advisory at Grant Thornton

“The Minister clearly articulated the practical meaning of fiscal consolidation.  The reduction of spending plans in government is highly encouraging and will hopefully hold credit ratings of South Africa above the ‘junk status’ in the short-term and thereafter improve investor confidence in the medium-term.  Restriction in terms of the filling of unnecessary managerial positions in public sector will indeed reduce the big personnel budget.”
Kaya Mfono, Associate Director: Public Sector Advisory at Grant Thornton

“The Minister spoke very strongly about improving revenue collection and to intensify cost containment measures in keeping with national guidelines.  We applaud the Minister for his strong stance on this matter.  There also is now a stronger link between province and municipalities which is great news.”
Terry Ramabulana, Director: Strategic Initiatives & Innovation at Grant Thornton

On SMMEs and Entrepreneurs:
“At various stages throughout the Speech the Minister emphasised the importance of innovation, small business and entrepreneurs. The basis for providing support to these ‘champions for development’ as he referred to them,  amongst others, is expected to come partly from cutting some departmental expenditure. In addition, a specific allocation of R475 million was announced for the Department of Small Business Development, to be used to assist SMME’s. This is a welcome indication of the willingness to stimulate and encourage this segment of the business community.”
Mike Betts, Partner: Tax, Grant Thornton

On the tax treatment of trusts:
“It is not surprising that the taxation of trusts was mentioned given the Davis Tax Committee report.  What is surprising is the proposed treatment of assets transferred on loan account and interest-free loans to trust as these were not part of the DTC’s recommendations.”
Carin Grobbelaar, Tax Associate Director, Grant Thornton Winelands

On the extension of the objection period:
“We are pleased that the objection period will be extended from its current 30 business days.  This will particularly assist bigger firms who submit objections on behalf of their clients.”
Carin Grobbelaar, Tax Associate Director, Grant Thornton Winelands

On VAT
“We are elated that the Minister of Finance proposed that the time limit for the payment of refunds will be clarified. This would hopefully reduce the significant effect on vendors’ cash flows due to delayed VAT refunds.”
Cliff Watson, Director: Tax at Grant Thornton

On infrastructure:
“The R870 billion public infrastructure investment specified in Minister Gordhan’s budget speech - although welcomed - is for programmes in transport, energy, water, bulk infrastructure, health and education that have long been in planning and delivery. No new programmes or expansion of programmes are mentioned by Minister Gordhan and this is disappointing. We would have liked to hear about plans to fast track these infrastructure programmes, many of which are behind in the time lines in order to support and accelerate economic growth and create space for much needed new programmes.”
Christelle Grohmann, Director: Advisory Services, Grant Thornton

“We welcome the numerous indications by Minister Gordhan of continued and increased linkages and collaboration between government and private sector, specifically business. Such increased co-funding will be welcomed by private sector investors (locally and abroad) to allow for acceleration of infrastructure programme delivery.”
Christelle Grohmann, Director: Advisory Services, Grant Thornton

“Over the medium term, R1.6bn has been allocated to the SA connect broadband programme to support access in remote areas and schools, for healthcare facilities and government institutions.  This was also mentioned in the Gauteng SOPA earlier this week – and this announcement is most welcomed.”
Terry Ramabulana, Director: Strategic Initiatives & Innovation at Grant Thornton

On Tourism:
“It is laudable that the Minister mentioned Tourism five times in his address.  He obviously recognised its importance and potential for South Africa. It is great that he reinforced the improvements to the VISA regulations which are currently being implemented. The emphasis on domestic tourism is to be welcomed.  However, our competitiveness in international markets and the weakness of the rand means that we should not be neglecting the incredibly valuable international markets.”
Gillian Saunders, Head of Advisory Services at Grant Thornton

On Water Scarcity and DROUGHT:
“We are delighted that the Minister has recognised the impact which the drought has had – not only on our economy but also on the country’s citizens.  The allocation and re-prioritisation of funds to support the farmers as well as to strengthen our water infrastructure is welcomed.”
Loshni Naidoo, director: Advisory Services, Grant Thornton

On SOEs
“The Minister of Finance reconfirmed the President’s SONA in terms of rationalising the state-owned entities (SOEs) where there is a possibility to consolidate the entities with similar mandates.  As a practical example, the Minister has agreed to explore a merger of SAA and SA Express into one company.  This will also contribute to the fiscal consolidation policy of reducing public sector expenditure.”
Kaya Mfono, Associate Director: Public Sector Advisory at Grant Thornton

On EDUCATION
“We applaud the Minister for recognising the need for improvement in the quality of education.  This afternoon, Minister Gordhan spoke about an additional allocation of R16bn to higher education over three years.  Of that allocation, he mentioned an extra R2.5bn going to national student financial aid scheme to clear outstanding debt.  An amount of R8bn of the total R16bn was also announced over the medium term to fund students and assist them in completing their studies.  This is very encouraging but it may fall short of what we need to make education truly affordable for the vast numbers of South Africans.”
Terry Ramabulana, Director: Strategic Initiatives & Innovation at Grant Thornton

“The Minister’s discussion regarding working with social partners on the national education collaboration trust this afternoon, is laudable.  This collaboration is for the identification and implementation of school improvement plans which is very positive.”
Terry Ramabulana, Director: Strategic Initiatives & Innovation at Grant Thornton