SA does have a race problem, but not the one you think

The witless Penny Sparrow has ignited a racial furore over her offensive remarks about blacks on SA's breaches, and rightly so. But most whites do not think like her. Yet SA does have a race problem, and its source is a government intent on using racial engineering to benefit a few, writes John Kane-Berman in Moneyweb. 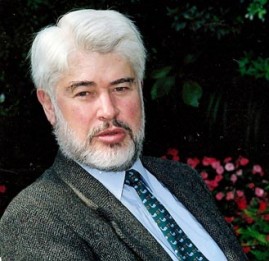 Whenever some white person makes a witless remark such as that of the hitherto obscure woman who recently compared blacks leaving litter on beaches to monkeys, a host of commentators leap into print with accusations that the sentiments expressed are not aberrations but the norm. The widespread repudiation of these remarks in fact suggests the opposite.

One of the more sensible commentators, Busani Ngcaweni, wrote that the woman in question had “mobilised society against herself”. “Millions” of white South Africans were “already isolating her and her fellow racialpreneurs”. Mac Maharaj reported on marches and photographs showing “an overwhelming desire to reject racism”. Jacob Zuma, who displays fewer racial obsessions than his predecessor, warned against painting the whole country as racist because a tiny minority had uttered racist statements. Even Mmusi Maimane, leader of the Democratic Alliance, said when launching his “anti-racism pledge” that “the vast majority of white people don’t think like Penny Sparrow does”.

That said, South Africa does have a major problem: racially discriminatory laws. None of these are of the segregationist kind enacted by the previous government, but they nevertheless seek to impose a new racial order upon the country. There is no secret about this: the guiding ideology, adopted by the African National Congress (ANC) and its communist and union allies, is that of “demographic representivity”. The government itself implements this in the public sector, while employment equity legislation imposes it on the private sector.

People appointed to fulfil racial targets or quotas in both the public and the private sector have obviously benefited. The losers include members of minority groups leveraged out of jobs because they exceed the relevant racial quota. But they also include members of minority groups denied appointment or promotion on racial grounds. Increasing numbers of these are “born frees” with no experience of the apartheid era. Other victims are members of the coloured and Indian minorities, who were also on the receiving end of apartheid discrimination.

However, the victims also include people, most of them black, heavily dependent on the services of state agencies that don’t function properly because many of their appointees have been put there for reasons of race or political allegiance. The police, the defence force, several education departments, many public health facilities, and a great many local authorities are among the failures.

In the end the victims of the ANC’s racial policies are more numerous than the beneficiaries.

So in addition to being unjust, the policies become counter-productive, even absurd. Part of the absurdity is that we squander scarce skills because they belong to people of the wrong colour, while our education system fails to produce enough replacements. This in turn damages the economy, slowing down the rate at which it is able to absorb “born frees” and others into jobs.

According to the deputy president, Cyril Ramaphosa, “race will remain an issue until all echelons of our society are demographically representative”. The National Development Plan adopted in 2012 – amid acclaim from business, the official opposition, and the media – does not go quite this far, but it endorses the use of race in making appointments and also favours “more robust and efficient monitoring and enforcement”. This, of course, is now on the Statute Book with punitive fines and even prison sentences for companies failing to meet employment equity targets. One result is that the list of disincentives for investment has become longer.

Although the ANC routinely pays lip service to non-racism, that party is actually using the power of the state to impose a new system of racial engineering upon the country. This is part of the real agenda behind the soft talk of “transformation” or “redress” or “rectifying the imbalances of the past”. And it is a more serious problem than what people such as Penny Sparrow say.

* Kane-Berman is a policy fellow at the South African Institute of Race Relations.