How does SADTU get away with it?

Category Corruption
The SA Democratic Union (SADTU) gets a free pass for selling teaching posts for R30,000 a pop in a country innured to such outrages. It is a symptom of the decay that has infested the extractive sectors that feed off the labours of others, writes Cilliers Brink of the Institute of Race Relations. 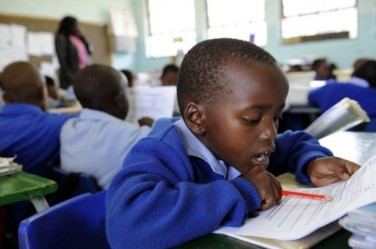 In the age of social media and easy outrage, one scandal has strangely provoked no anger at all. Late last year reports surfaced of a massive SA Democratic Teachers Union (Sadtu) racket that has been selling teaching posts for up to R30 000 apiece[1]. If the allegations are true, and the education minister seems to take them seriously, it confirms what many have long suspected: there’s a fundamental conflict of interest between South Africa’s largest teachers union, and the one government project crucial to redressing the inequities of apartheid, namely the universal enjoyment of excellent education.

Surely Sadtu ought to be the object of anger matching that of #FeesMustFall, especially if you consider its legacy: matriculants unable to compete at university level; maths and science ratings that are among the lowest in the world; prodigious amounts of government money being spent by officials who cannot even have textbooks delivered. But the leading story about the class of 2015 was not about Sadtu sabotaging the social mobility of born-free South Africans, but how a falling past rate must mean that standards are rising.

If anger reveals what is truly important to people, so does indifference. We have apparently come accept the norm of state and a ruling class which only delivers value on the inside. But look at any successful institution, whether a profitable business, an influential NGO or a government that improves the life prospects of ordinary people. Its effort and results are always on the outside. Its leaders have to meet the needs of a market or constituency of outsiders. Satisfaction of the outsiders is the standard of success. But different rules apply to government institutions in this country.

The South African state has become like a badly run family business, unable to distinguish the needs of the parents, siblings and cousins from those of the customers. To be sure, patronage exists alongside merit in most institutions, but when patronage overtakes merit as the governing norm things start deteriorating. To rescue “merit” from a politically correct lynch-mobbing, let’s define the term as the ability of a person or institution to deliver outside results. Once the gaze of such an institution has turned permanently inward, when the needs of the people working on the inside outweigh those of an outside constituency, failure becomes inevitable.

But South African governments aren’t as easily ditched by their voters as floundering family businesses are by their customers. This is how the likes of Sadtu have come to be so powerful, so absolutely resilient, even against attempts by concerned ANC insiders to rein them in. Applying the insights of Why Nations Fail, the seminal account of global poverty and prosperity, Sadtu is the model of an “extractive institution”.

Extractive, because in order to keep producing inside results, the elite atop such an institution needs tax loot, and it needs to shut down any economic activity which threatens its power. Apartheid was a set of extractive institutions, of which the worst was the Native Land Act, Bantu Education and the colour bar. The insiders of apartheid were white folk, and the outsiders, to varying degrees, the rest of the South African people.

Post-apartheid South Africa has spawned our own extractive institutions, only now the insiders are not all white, and the outsiders are not all black. But the outsiders are mostly black. This is not to deny the massive gains made by all black South Africans under ANC rule, including a number of artisans, professionals and businesspeople whose success does not depend on government patronage.

But apart from those who have successfully joined the former white middle class, and those who benefit from the patronage of the ANC’s cadre state, there are a group of outsiders lacking both “privilege” and patronage. Denied the standard of education you mainly receive at former model-C schools, the outsiders remain heavily dependent on state support. For the most ambitious among the outsiders this reliance develops into a belief that joining the ANC elite is the surest pathway out of poverty. If, God forbid, the EFF were ever to come to power, things would be no different.

Just consider the economic incentives drawing outsiders towards a career in the cadre state: if you want secure work, but lack qualifications, there are opportunities in government; if you want a salary and benefits that beat those offered by the private sector, and outmatch inflation, get a government job; if you want promotion inside government, or empowerment through government, make sure you play by the political rules of the cadre elite.

For those most reliant on government, and least able to break that reliance, success is all about government. Government is all about the ANC. And the ANC is about the clans, the tribes and the chieftains who control the territory of deployments, promotions and procurements. Follow the economic incentives right down to the level of Sadtu-sabotaged schools, and rewards become even more destructive: if you want a seat, a job or a tender, stop wasting your time with books and studying, with teaching and discipline, and hit the streets. Join the movement. Become a cadre. Attend the meetings and make “connections”.

Exceptions do apply. Even extractive institutions require competent and hardworking people, of whom there are a great many in the public service and state owned entities. But in general few enter the kingdom of government but through the ANC. Don’t take my word for it, just ask Jacob Zuma, the uneducated man from Nkandla who made it to the very top. When he says that the ANC is more important than the constitution, he is articulating gospel economic truth for millions of people.

Of the 15 million South Africans in formal employment, two million work for government, and that’s not counting Transnet, the Post Office and Telkom. Government contributes 17.1% of the country’s GDP, making it the second largest sector in the economy[2]. But there are simply not enough government jobs and tenders to go around for those whom the education system has betrayed. The extractive institutions that are the cadre state, that lock so many poor people in a feudal-like relationship with the ANC, promise what they cannot deliver. This then should make us angry: how politics has become such a disproportionately profitable business, how the cadre state has prevented mass economic participation, and how society has thus been deprived of the human potential which could otherwise have powered technology, innovation and growth.

* Cilliers Brink is a Policy Fellow at the IRR, a think tank that promotes economic and political liberty. This article first appeared in Politicsweb.
ENDNOTES: