Here's a prescription to fix SA - first of all, figure out who runs the show

John Kane-Berman of the Institute of Race Relations offers some advice on how to get SA back on the rails again. First of all we need to figure out who runs the country: is it cabinet, President Zuma, the ratings agencies or the financial markets? Right now, it looks like no-one is in charge. 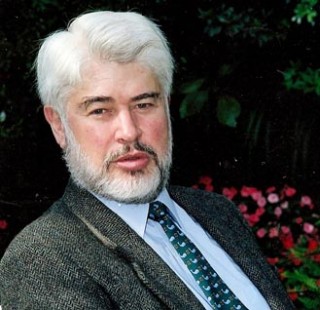 As the New Year gets going, it will be interesting to see who is in charge of South Africa: the African National Congress (ANC); the Cabinet; credit ratings agencies; or the currency, bond, and equity markets?

Once dismissed by Trevor Manuel as “amorphous”, the markets were clearly in charge in mid-December when President Jacob Zuma was forced to bring back Pravin Gordhan as finance minister after investors, shocked by the dismissal of Nhlanhla Nene, bailed out. The markets woke up local captains of industry, who woke up the ANC, who forced Zuma into damage control by appointing Gordhan.

They will be watching Gordhan closely when he tables his budget next month. So will the agencies. To avoid relegation of government debt to junk will presumably be uppermost in the Cabinet’s mind at its forthcoming meeting on the economy, whose growth this year may not even match the population growth rate of 1.65%, with the risk that GDP per capita will decline. Merely reiterating commitment to the National Development Plan adopted in 2012 will not get us very far.

The most important number in that plan is its investment target: 30% of GDP, against the current level of 20%. That is what the Cabinet, ANC, business, and indeed the rest of us, should focus on. Getting there will require numerous measures – such as fixing the public school system – that will take time.

But various steps can be taken immediately to rebuild the confidence essential to investment and which was on the wane long before it was shattered last month.

The first is to stop making things worse, as we were doing by giving the Americans the run-around on the African Growth and Opportunity Act. Putting a stop to that, as we have apparently now done, is a good step. But more can quickly be done if the government wishes to get back in charge of the country. China may be our biggest trading partner, but nearly 90% of foreign investment in South Africa is British, European, and American. The bilateral investment treaties with these countries should be reinstated not terminated. Plans to force foreign security companies into 51% local ownership should be scrapped. These steps would send two powerful signals: South Africa is open for business with the Western industrial democracies, and we share their values. Cancelling whatever nuclear deal has been done with the Russians will reinforce the message, while also signalling that we are serious about controlling public spending and combating corruption.

The second series of steps that can be taken quickly also involve not making things worse. Proposals to introduce a national minimum wage will further restrict our labour market, so should be abandoned. Likewise the labour minister’s opposition to the case brought by Herman Mashaba and the Free Market Foundation to curtail the powers of bargaining councils to impose minimum wages on companies that are not parties to them. These measures will also send a reassuring message: that we are serious about reducing unemployment below 35% and will start liberalising our labour market.

The third set of steps involves the public sector. Gordhan is probably strong enough politically to start privatising South African Airways, whose board is not the most popular institution in the country right now. This would be a good issue on which to face down the unions and learn some useful lessons for the battles that lie ahead. Public sector reform will have to go further, however. We can’t get investment up to 30% of GDP unless the public sector, which accounts for about a third of investment spending, plays its part. So merit rather than race and political loyalty should from now on dictate appointments and promotions in State-owned enterprises and in the State itself. The whole country would be given a morale and efficiency lift if the public service worked better. Small businesses contracting with the State might even get paid.

And better public infrastructure would help encourage the private investment we need to push up our economic growth rate.

* Kane-Berman is a research fellow at the South African Institute of Race Relations. This article first appeared in Moneyweb.