Category Constitution
The judiciary has genuflected to Parliament's ongoing assault on property rights. As LLB student Martin van Staden, writing for the Free Market Foundation points out, no society prospers where property rights are under attack. The result is inevitable: South Africans will continue securing their property rights in more hospitable climates abroad. 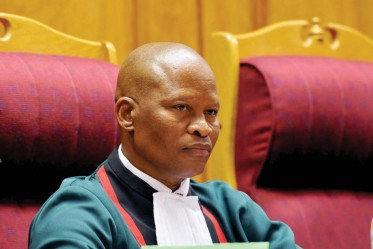 Chief Justice Mogoeng set a very dangerous precedent when he held, on behalf of the majority of the Constitutional Court, that by becoming the ‘custodian’ of property the State does not acquire ‘ownership’ and therefore such an action does not amount to expropriation. In the case of Agri SA v Minister of Minerals and Energy, attention is being drawn to the Mineral and Petroleum Resources Development Act which provides that all mineral and petroleum resources beneath the South African soil are the ‘common heritage’ of all citizens with the State the ‘custodian’ thereof.

As could be expected, the adoption of this Act led to many owners of private property throughout the country losing their entitlements, without receiving a cent in compensation. The Court was unwilling to rule that the language in the Act inferred expropriation - for which compensation must be paid in accordance with section 25(2) of the Constitution - simply because the State did not ‘acquire’ the property, i.e. ownership.

Justices Froneman and Van der Westhuizen realised this error and pointed out that the majority’s argument was unconvincing: rights to the minerals have been forcibly transferred from the previous owners to the State. They believe, correctly so, that expropriation has taken place. Considering this kind of legal sophistry, both by Parliament and the majority of the bench, they asked: “what prevents the abolition of private ownership of any, or all, property in the same way?” If the State can say, in legislation, that it does not acquire ownership but simply becomes ‘custodian’, then section 25(1) of the Constitution will be circumvented, and effectively repealed.
In November 2015, the so-called ‘Promotion’ and ‘Protection’ of Investment Bill proposed by the Department of Trade and Industry (Communist Party member Rob Davies’ portfolio) in Parliament in 2013 was voted into law. Especially worrying to the mining industry is that this bill has a similar provision of ‘custodianship’ in the State’s favour. Dr Anthea Jeffrey of the Institute of Race Relations notes, “this Constitutional Court judgment is now being written into what is effectively a new expropriation bill. The measure might speak of ‘promoting’ and ‘protecting’ investment in its title, but its real impact is likely to be quite the opposite.”

As the Good Law Project notes in its Good Law, Guidelines, Principles, and Values Report, “meticulous and unambiguous craftsmanship, when it comes to spelling out the rights and duties of those to whom the legislation is applicable, is the first principle of legislative drafting.” It continues, “… uncertainty creates real or suspected injustice.”

However, the injustice in this instance is not perceived. It is actual. The linguistic experiment of the State to use words in a clever manner in order to circumvent that annoying old Constitution has paid off. The Constitutional Court, our highest court of precedence, has effectively destroyed the notion of secure property rights in South Africa and empowered the State to expropriate any property by simply saying that it has not acquired ownership.

This legal sophistry reminds one of the constitutional crisis of the early 1950s, where the Apartheid regime attempted to pass a law called the High Court of Parliament Act, which, effectively, would have made all Members of Parliament judicial officers with the power to overrule judgments of the then-Appellate Division of the Supreme Court. The National Party did this to curb the very limited powers of review that the judiciary had in those days. The crisis started when the Appellate Division declared the bill repealing the coloured community’s qualified franchise invalid.

In those days, however, we had parliamentary sovereignty. Today we have a justiciable Constitution, which has as its primary function the protection of South Africans’ rights against infringement, especially by the State. The property rights provision in the Constitution was unprecedented in South Africa’s constitutional history, where the ability to own legally secure property was always ‘up for debate’ by the political class. It was a giant leap toward true transformation where previously disadvantaged South Africans could utilise property in pursuance of their economic interests, reaping the rewards of their productivity that had been denied to them for so long.

No society without secure property rights has ever achieved freedom and the resulting prosperity. Where property rights are uncertain investment is at risk which provides a definite incentive for South Africans to secure their economic interests abroad. This worrying trend in South Africa cannot be reversed until the people attain a level of understanding and respect for the concept of property rights.

Martin van Staden is a third year LL.B law student at the University of Pretoria, Southern African Regional Director of African Students for Liberty, and an Intern at the FMF.