Finally! SA moving out of the Stone Age when it comes to home repos

As Acts Online has previously reported, SA is in the Stone Age when it comes to home repossessions. The good news is that the courts have changed the rules to prevent houses being sold at auction without reserve prices. This article first appeared in Cosmo City Chronicle. 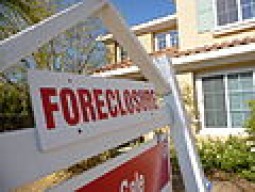 The good news is that the bizarre sale ‘without reserve price’ has been removed from the court rules.

South Africans mobilised last week over the rules of/for repossessing properties. South Africa’s rules (and unsympathetic banks) lead to more than 10 times the percentage of defaulters losing their homes than other countries such as the UK.. Over the last year the Rules Board that decides on how repossessions work issued new proposed rules for comment. But many are saying that the proposed rules don’t go nearly far enough as they seem to be just sugar coating the destructive effects of the current rules. The removal of the bizarre prohibition against reserve prices has been welcomed but the proposed rules do not go any further than that to actually address the prohibition. Unlike in most other countries, properties in South Africa are in most cases sold for less than 50% of their value with a considerable number being sold for under R1000. This has resulted in many unscrupulous syndicates of attorneys who work with similarly unscrupulous sheriffs’ offices to enrich themselves using the loopholes in the current rules.

It is unfortunate that there seem to be room still left for a property to be sold for R1,000. It is in this regard that, being laymen to the law, we agree with comments advanced by advocate Douglas Shaw, who has extensive knowledge in this section of the law. We support him in calling for further clarity and removal of absurd things on the current rules. No property must be sold for below 50% of its market value – let’s start there!

Advocate Douglas J Shaw of Debtors Defence who is doing a PhD on the subject of repossession law said: “It is good that there can now be reserve prices but we need rules providing that the reserve price is the market price of the property which can then fall gradually in a structured way if the property doesn’t sell. This would also address our highly dysfunctional sheriff auctions system. We cannot leave the reserve price to the bank’s discretion. That would only work in a system where the banks have a conscience. Ordinary citizens need to be protected.”

Advocate Shaw’s new rule 46A provides for the following – among others.

As was reported in the Cosmo City Chronicle a few times over last year, The banks say they “only sell as a last resort” that is is not the case and Advocate Douglas Shaw agrees saying: “I see hundreds of cases every year where the banks sell properties where there is equity, where the person can now afford to pay; where rescheduling is eminently reasonable; where there are other solutions to the problem. Most of the time the banks say the person must pay off the whole arrears immediately, often in the hundreds of thousands of Rands, or the bank will sell the house for peanuts via the sheriff. That is the norm”

After the banks have sold a person’s house for peanuts via the Sheriff, they still want to come after the shortfall. Shaw thinks, rightly so, that they should be stripped of any such rights as is done in the States. Shaw’s rule gives the Minister the ability to halt all repossessions for a few years as the Irish government did during their crisis, which was caused entirely by the irresponsible lending of their own banks. The recession which happened in 2008/9 was felt everywhere and over a million jobs were lost. That is the period which was exploited even up to last year. More than 188 houses where repossessed and sold for less than their market value here in Cosmo City alone. That investigation is still on the cards.

Readers wanting to support (or oppose) the rules proposed by Advocate Shaw can send their comments to the Rules Board at jbalkishun@justice.gov.za and  mmokulubete@justice.gov.za  before the 29th January. Even very short comments like “Please adopt Advocate Shaw’s rules” would make a big difference.