Court bid to veto Zuma as president could save SA

Category Constitution
It is not too late for opposition parties to bring an application before the Constitutional Court challenging the suitability of Jacob Zuma to hold the office of president, says Paul Hoffman of Accountability Now. Zuma has demonstrated irrationality in transfering his finance minister and is fatally compromised as president. 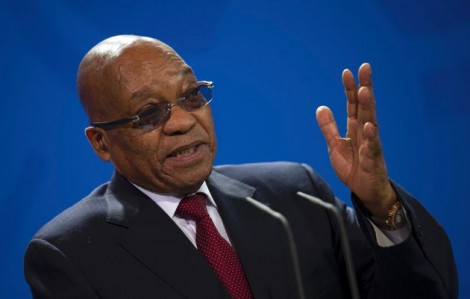 What is to be done about the disastrous accountability reversals at the end of last year?

Concerned citizens have organised petitions and protests to express their dismay. A tax boycott is mooted by some. Leading members of the African National Congress (ANC), including Barbara Hogan and Shaka Sisulu, have called for a reappraisal of the situation. Former president Thabo Mbeki was recalled for far less in 2008.

It is doubtful that the ANC’s national executive committee, in actions that would be in its own self-interest and that of the nation, will take any similar steps to recall President Jacob Zuma. He apparently has a firm grip on the tripartite alliance, and the intra-alliance rumblings of the Young Communist League and others against him are unlikely to have any marked effect other than provoking his ire.

At the level of civil society organisations there is a need to take united and concerted action to head off the looming economic crisis the actions of the president — will precipitate with his apparent insistence on the proposed vast nuclear build programme, the variation of the Airbus deal by South African Airways and the proposed procurement of a new presidential jet.

Gwede Mantashe and his cohorts in Luthuli House have been uncharacteristically terse concerning the issues that have been raised by the dismissal of Nhlanhla Nene as finance minister. There is obvious concern about the economy, but nothing of substance on its trajectory is said in public about the effect of Zuma’s poor leadership.

It is clear that the president will not resign. He cannot afford to do so because he is too compromised and conflicted. His former financial adviser, Schabir Shaik, was sentenced to 15 years’ imprisonment for corrupting him. The charges against Zuma arising out of the same factual matrix were withdrawn in circumstances that are unlikely to withstand judicial scrutiny.

The review of the decision to withdraw the charges has ambled its way through the legal system at a snail’s pace. It apparently suits the Democratic Alliance (DA), which is the applicant in the court application, to use it as a sword of Damocles that forever hangs over the presidential head, rather than as a rapier securing the appearance of Zuma in the dock of a criminal court in the short term.

The DA strategy has been to keep Zuma in office because his poor leadership is a vote-winner for the DA. That strategy ought to be revisited in the light of the most recent developments evidencing plain, bad leadership. A less muted and more coherent tactical approach by the opposition is sorely needed.

The issues concerning the Nkandla shenanigans, really small beer in the bigger scheme of the economy, will only reach the Constitutional Court in February. Much more urgent action is required to save the economy.

It remains to be seen whether a grassroots revolt in the ANC branches will emerge. It is perhaps more likely that a closing of ranks around Zuma will take place. Either way, it is implausible that ANC branches will do the right thing in upholding the rule of law and constitutionalism in our post-Polokwane reality.

In December 2007, the branch representatives voted overwhelmingly for the dissolution of the Scorpions and the election of Zuma, two closely related issues on the table at Polokwane. Their votes were cast despite the dire warnings of Mbeki’s biographer, Mark Gevisser, that in Mbeki’s opinion, Zuma had no regard for the rule of law and the Constitution. Zuma’s cronies in the ANC’s national executive committee are unlikely to recall him given the patronage network he has built.

There is one small glimmer of light in the gathering gloom. Before the last general election Mantashe, as ANC secretary-general, was advised by Accountability Now that opposition parties would object to Zuma as a presidential candidate due to his compromised and conflicted status. The objection duly came from the DA and was ruled on by the chief justice, who decided that any person qualified to be a member of the National Assembly is also qualified to be president.

This is an astonishingly facile approach to the issue. MPs make laws and exercise oversight over the executive. The president, on the other hand, has to fulfil a host of constitutional functions as the head of state and the leader of the national executive. Zuma was clearly too conflicted and compromised to properly discharge his obligations, either in his first term or his second. Appointments such as those of Bheki Cele, Menzi Simelane and Riah Phiyega bear testimony to his inability to serve the public weal, as does the mess in the National Prosecuting Authority, the Hawks and the South African Police Service, not to mention our state-owned enterprises and now the Treasury and the Cabinet.

The DA did not follow through on the overruling of its objection to the candidacy of Zuma for president. It is not too late to do so now. An urgent application to the Constitutional Court directed at setting aside the administrative ruling of the chief justice on the DA’s electoral objection and substituting for it a ruling that Zuma is indeed not suitable to be our president on the grounds of irrationality and illegality — the DA is entitled to lawful, reasonable and procedurally fair administrative action — is the quickest way out of the quagmire into which the questionable decision that allowed Zuma to become president has plunged the country.

Only the opposition parties have the necessary standing to bring such an application. It is incumbent upon them to do so as a matter of urgency in the interest of saving the country from the hard economic times that will surely follow the folly of the decisions taken by Zuma, in particular that of firing a competent and brave finance minister.

Rapid and focused intervention in the Constitutional Court that successfully asks it to second-guess the ruling by the chief justice on the Zuma candidacy is the most constructive and expeditious strategic option available. Litigation concentrates minds, calls effectively for accountability and may illuminate decision-makers in Luthuli House when justification for Zuma’s excesses is required in answering papers in court.

Can the necessary political will and funding to seek legal redress be generated? The Constitutional Court has warned that corruption threatens to "fell at the knees" all we hold dear in our new dispensation.

• Hoffman is an advocate and director of Accountability Now. This article first appeared in Business Day.