Category Training
Higher education minister Blade Nzimande wants to overhaul the Sector Education and Training Authorities (Setas) and grab most of the R13 billion collected each year by way of the National Skills Levy. Some are calling this a bold attempt by the minister to nationalise the country's training, according to this article in Moneyweb. 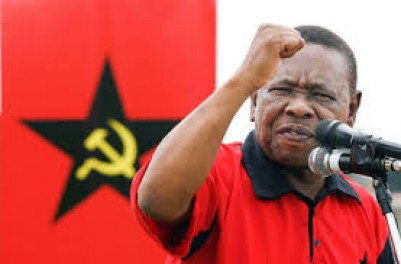 Higher Education Minister Blade Nzimande recently gazetted proposals that would effectively allow the national government to grab most of the R13 billion companies pay each year into the National Skills Fund (NSF) – what some have called the nationalisation of training.

“Nzimande has had the objective of grabbing surplus in NSF for long time,” says Free Market Foundation economist Loane Sharp. The NSF is funded by a 1% levy on employers’ payrolls, which is then directed to one of 21 Sector Education Training Authorities (Setas) that are supposed to provide sector-specific training to raise the overall levels of skills in the country and reduce unemployment.

“The purpose of the skills levy was to promote employment by offering skills development and on-the-job learning. It was a good idea, and was effectively managed through SA Revenue Services. The problem was, as with most of these grand schemes that government comes up with, that most of the Setas were dysfunctional. The bureaucrats built themselves fancy offices and had huge numbers of consultants to do the actual work. It was a system that was bound to fail.”

Moneyweb contacted several Setas, but no one was willing to comment on Nzimande’s proposals to grab the lion’s share of the funding and recast Setas as “advisory boards” (or Setabs) with just a fraction of the funding they currently receive. Clearly, they are living on respirator support and fear for their futures. Nzimande’s proposals are likely to come into effect in 2018.

Expect to see more of this type of “reform” as the country approaches a fiscal cliff. A study by advisory firm Boston Consulting Group (BCG) shows that South Africa spends more money than most of its peers on education – with worse outcomes.

The problem is not one of money. It’s poor teacher quality, high drop-out rates, and the lack of vocational-training alternatives for young people, according to BCG. Anyone graduating from a South African university or technical college is ill-equipped to enter the workplace. This is why several Setas run bridging programmes to train graduates for the real world of the workplace – and some of them are remarkably efficient at bridging this gap (while others are not).

So, have the Setas failed? Yes, and no. Nzimande is right in saying most are not performing to standard. But some are doing quite well. Fasset, which addresses skills gaps in the financial sector, is one such example. Two others are Inseta and Bankseta, which cover the insurance and banking sectors. Under the existing scheme, companies paying the levy get the bulk of the benefit in the form of a discretionary grant from those Setas that are doing a good job.

A 2013 “Tracer” study by Fasset (the Seta for Finance, Accounting, Management Consulting and other Financial Services) found that nearly 90% of trainees through its work-readiness programmes had been placed in employment (and most of the rest found work themselves). Roughly half of these had since had a promotion.

Under Nzimande’s plan, the bulk of the levy will go to the Department of Higher Education and Training to be disbursed as government sees fit. Companies will see a drastic reduction in the amount of levy money returned to them. This new plan seems to have no space for private training providers (who currently do most of the work). Nor is there any real plan to provide training for the unemployed.

There is no doubt that South Africa’s education is in crisis. The universities are in desperate need of funding, but private sector trainers point out that university graduates are often ill-equipped for the job market – hence the need for work-readiness or bridging programmes to better prepare them for the realities of the workplace.

Under the new proposals, Nzimande intends to take most of the discretionary and so-called “pivotal” grants that are funded out of the Skills Development Levy and channel it to the NSF, which will then make it accessible to all government departments and educational institutions. This was never the intention of the levy. Some believe this money will be channeled to the government’s pet projects, such as what are now called technical and vocational education and training (TVET) institutions, but were previously simply called colleges.

Nzimande also doesn’t like the fact that private sector providers carry out most of the training on behalf of the Setas.

“Here’s a suggestion and an appeal to sanity: keep the good Setas, and increase the allocation of discretionary funds to those with a good track record. Certainly, cut the funding to those with a poor track record,” says one Seta contractor, who asked not to be named.

“Why is it important to protect and strengthen the good Setas? Because they have built a 15-year history of success, backed by collective intellectual capital in the form of databases, relationships, trust, inroads into employers – all based on the services they offer such as cash grants, unemployed work readiness, and similar projects.”

“I predicted ten years ago that government would grab the surplus in the NSF, just as it has its eyes on the Unemployment Insurance Fund,” says Sharp. “Government officials [are] itching to get their hands on this money, yet not a single government employment initiative has worked. Every one of them has been hugely costly in terms of money and manpower, and has been a total failure. What is really needed if we are to tackle unemployment is labour market reform, but I get the impression that this is so potentially contentious that those reforms will not occur.”

Here’s a snapshot of some of the key changes (from The Skills Handbook) that Nzimande has in mind:

Some changes to Setas:  Changes to funding Send your submissions

Here's your chance to comment on the government's proposals. Keep the suggestions polite and to the point. Submissions and inputs should be submitted by 20 January 2016 to the Department of Higher Education and Training by e-mail, post or hand delivery to: