Plain packaging of cigarettes is tantamount to expropriation

Category Consumer Protection
The already demonised tobacco industry now faces further interference from the nanny state in the form of new regulations requiring plain cigarette packets and a ban on smoking in public places. Whether you smoke or not, this encroachment on freedom of choice and private property is disturbing. 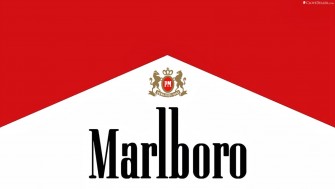 An intention to introduce plain packaging on tobacco products in South Africa would be a direct assault on brand value and damage manufacturers’ ability to market their products to consumers.

It could be seen as expropriation of private property and may be illegal under Section 25 of the Constitution, opening the government to extensive litigation with potentially huge claims for compensation, according to a recent Free Market Foundation symposium.

Plain packaging requires a standardised appearance for all tobacco packaging, including graphic health warnings. All logos, trademarks, non-prescribed colours and graphics would be removed and only the use of a brand name would be permitted in a standard font/size.

Quoting John Murphy, founder of Interbrand, Sampson said, “A brand is a complex thing. Not only is it the actual product, but it is also the unique property of a specific owner and has been developed over time so as to embrace a set of values and attributes (both tangible and intangible) which meaningfully and appropriately differentiate products which are otherwise similar.”

“The intellectual property inherent in a brand cannot be ignored and brands are significant business assets with some worth billions of dollars. Tamper with this at your peril”, he said.

Sampson noted that brands are used to sell experiences, a critical part of the buying process. “Not only would plain packing have serious consequences for the industry, it would also harm consumers’ rights and prevent new entrants. Existing companies would have monopoly status and severe market distortion would occur.”

Packaging is an important part of the brand value and that this and the use of trademarks instill consumer trust and confidence in the quality and authenticity of the product.

Despite contributing $1.4 billion (more than R11 billion) in tax to SA’s economy in 2010/11, 115,553 enterprises providing 184,000 jobs and supporting more than 600,000 dependents throughout the entire value chain right down to retail level, the government appears set on severely restricting the legal tobacco industry through extreme regulation and policies imported wholesale from the World Health Organisation (WHO) and driven by the Minister of Health, Aaron Motsoaledi.

Van der Merwe said, “The tobacco industry is in favour of sensible regulations, but is against extreme measures such as plain packaging, excessive taxation, a product display ban, and a total ban on smoking in public places. All these measures would damage, not only tobacco, but also related industries such as retail and hospitality. The government should hit the pause button on further regulation and start consulting with the industry. At the moment we are completely excluded from government policy discussions. There is a total lack of engagement and consultation when it comes to tobacco, a legal industry which has been demonised”.

Only Australia has introduced plain packaging so far and its government is facing significant legal battles with manufacturers, which could cost billions. Van der Merwe said the Health Ministry had adopted a “cut and paste” mentality to tobacco policy without thinking through the consequences for jobs, the industry and the economy.

He also said that the illegal trade in tobacco products, exacerbated by high taxation and extreme regulation, not only costs the fiscus over R5 billion per annum in lost excise duty and VAT, but also defeats government’s primary health objective as it allows cigarettes to be sold for as little as R7 per pack of 20, which encourages more, especially young people, to smoke.

Van der Merve believes it is possible to achieve a win-win situation where health, commercial and other objectives can be achieved via stable partnerships, cooperation and consultation between the industry and government to include global health treaties and a joint commitment to ensure all objectives are met.

“In such an environment, regulation based on fact and evidence could be developed and supported by regulatory impact assessments (RIA), which is Government policy but which have not been implemented. The tobacco value chain cuts across many spheres of government, not just health, and a multi-departmental approach is required,” he said.

FMF Director Temba Nolutshungu told the audience that the FMF approach to interaction with government on policy issues had nothing to do with a specific product and everything to do with principles of liberty, freedom of choice, exchange and action.

“FMF values are about protecting private property and the principles of freedom without harming others by force or fraud. No government should tell an individual what he or she should do, eat or drink. Governments should educate and inform, but not force behavior with draconian legislation”.

“We protect the principle not the industry. The onslaught on the tobacco industry is a direct violation of those core principles. When governments take away freedom from an individual, no matter how insignificant it may appear, it is the slippery slope towards curtailment of liberty. History is littered with such warnings.”