Consumers are being hounded by debt collectors who have bought debts from the banks - a practice which will become virtually impossible under the amended National Credit Act. Consumer Watch advises on how to avoid having to pay debts older than three years - do not admit the debt, and instead raise prescription as a defence, writes Wendy Knowler of Consumer Watch. 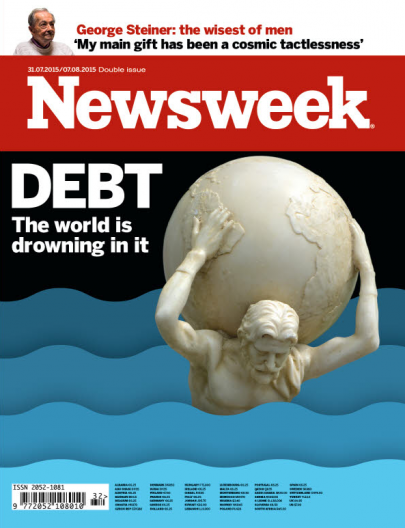 Credit providers and debt collectors are in quite a tizz about the fact that time is running out for them to hound consumers to pay debts which have prescribed.

As a result, some have resorted to money grabs.

The banking industry euphemism for that is “set-off”. When a consumer owes money on one account, the bank helps itself, with no warning, to money that person has in another account with the same bank.

Typically, money is taken from a current account to settle a credit card or personal loan debt.

If you think that’s unfair, you are not alone. This is a highly contentious practice.

On its website, the ombudsman for banking services explains that for loans entered into after June 1, 2007, the National Credit Act (NCA) prohibits the banks from inserting a set-off clause in their contracts and from debiting an account for a loan repayment unless the customer has agreed beforehand that the account can be debited.

But despite this, the banks continue to apply the set-off, with their attorneys arguing the NCA doesn’t prohibit them from using the common law principle.

The National Credit Regulator, which is mandated to enforce the NCA, doesn’t agree with the legal opinions the banks obtained, but until a court decision outlaws the practice altogether, it will continue.

The ombudsman, Clive Pillay, has asked the banks to apply the principle only as a last resort, and as fairly as possible by not snatching the person’s entire salary, for starters.

No more than 60 percent should be transferred out of the account.

“Where your entire salary was attached and the bank refuses to accept a reasonable repayment offer in this regard, you can lodge a complaint with us and we will assess the matter,” the ombudsman advises consumers.

When set-off is applied to a prescribed debt, it’s a double injustice whammy for consumers.

Here’s why: it is not illegal for collectors to chase old, prescribed debt – it’s up to the consumer to raise prescription as a defence.

If they don’t because they’ve never heard of prescription and they acknowledge the debt, at that point they are obliged to pay not only the original debt but years’ worth of interest and costs.

The intention of the act was to discourage companies from coming after consumers for old debt, bloated with years’ worth of interest and costs, but only consumers who know about prescription and how to raise it as a defence, benefit from its protection.

When set-off is applied by banks, it is mostly done out of the blue, with no consultation with the account holder. They just swoop in and transfer the money out of the account.

The problem with that is the consumer has no opportunity to raise the defence of prescription.

It will soon be illegal for prescribed debts to be sold or collected – the National Credit Amendment Act (NCAA) makes both the selling and the collection of prescribed debt illegal.

And credit providers will be compelled to inform consumers when they sell their debts on to another company.

That’s a huge boon for consumers, but while the NCAA has been adopted by the National Assembly, it has still to be signed into law to become effective.

Hence, as I predicted earlier this year, the banks and the debt-collecting industry – a large section of which specialises in buying written-off, prescribed debt for a few cents to the rand and then demanding payment from those on their bought list – are currently madly trying to get their hands on prescribed debt while they still can.

Pillay told Consumer Watch that his office had also noted a “slight increase” in set-off complaints.

“For the whole of last year, we opened 51 complaints regarding set-off and, this year to date, we have already opened 48 set-off complaints,” he said.

When I have taken up set-off cases with the various banks, pointing out that the consumer was severely prejudiced by not being given the opportunity to deny or acknowledge the prescribed debt, the banks have refunded the money, usually “without prejudice”.

Home loans and state-related debt such as TV licences, rates and taxes only prescribe after 30 years.

Consumer Watch recently received an e-mail from Brian Gailis, who was incensed by the fact that FNB had debited just over R2 000 from his cheque account as set-off for an old loan account debt.

On making enquires with his bank, Gailis was informed that the onus was on the debtor to raise the defence of prescription in response to a claim, and that paying a debt cancelled their right to use prescription as a defence.

Gailis said that when contacted by attorneys acting on behalf of the bank during 2012 and 2013, he raised the defence of prescription. And he suggested that if they had any proof that the debt had not, in fact, prescribed, they should e-mail it to him. That never happened.

“I have never been issued with a summons, never acknowledged the alleged debt or made any payment arrangements.

“What I find perplexing is the fact that I have had my cheque account with FNB since May or June 2013 and at no such point was I contacted by the bank informing me of such an alleged debt still outstanding,” Gailis said.

The set-off left him with just R800 in his account, with many financial commitments for the month, and despite speaking to several bank staffers, he was unable to get relief.

Consumer Watch raised the case with FNB’s head office and shortly afterwards, Gailis received an e-mail from the bank to say that “in good faith and without prejudice”, the bank had refunded the money.

“The loan account which you acquired in March 2006 will be closed.

“A request has been sent through to all credit bureaux  to have your account profile updated accordingly.

“We truly apologise for any inconvenience caused.”

If you are contacted by a debt collector about a debt which you have not made payment on for more than three years, or acknowledged it, or been summonsed in respect of it, it is considered to be prescribed and you are not liable to pay it.

So simply say that the alleged debt has prescribed, and as such you will not be making payment.

Do not be tricked into acknowledging the debt by getting into a discussion about |it in any way, such as: “If you |won the Lotto, would you pay |this debt?”

All you need to say is: “The alleged debt has prescribed.”

Ask for an e-mail address so that you can state your defence in writing and have a record of it.

If your bank applies set-off to your account in respect of a prescribed debt – denying you the opportunity to raise prescription as a defence – or a current debt, which leaves you with insufficient funds to fulfil your financial commitments for the month, lodge a complaint with the bank’s disputes division.

If you get no joy within 20 days, you can lodge a complaint with the Ombudsman of Banking Services.